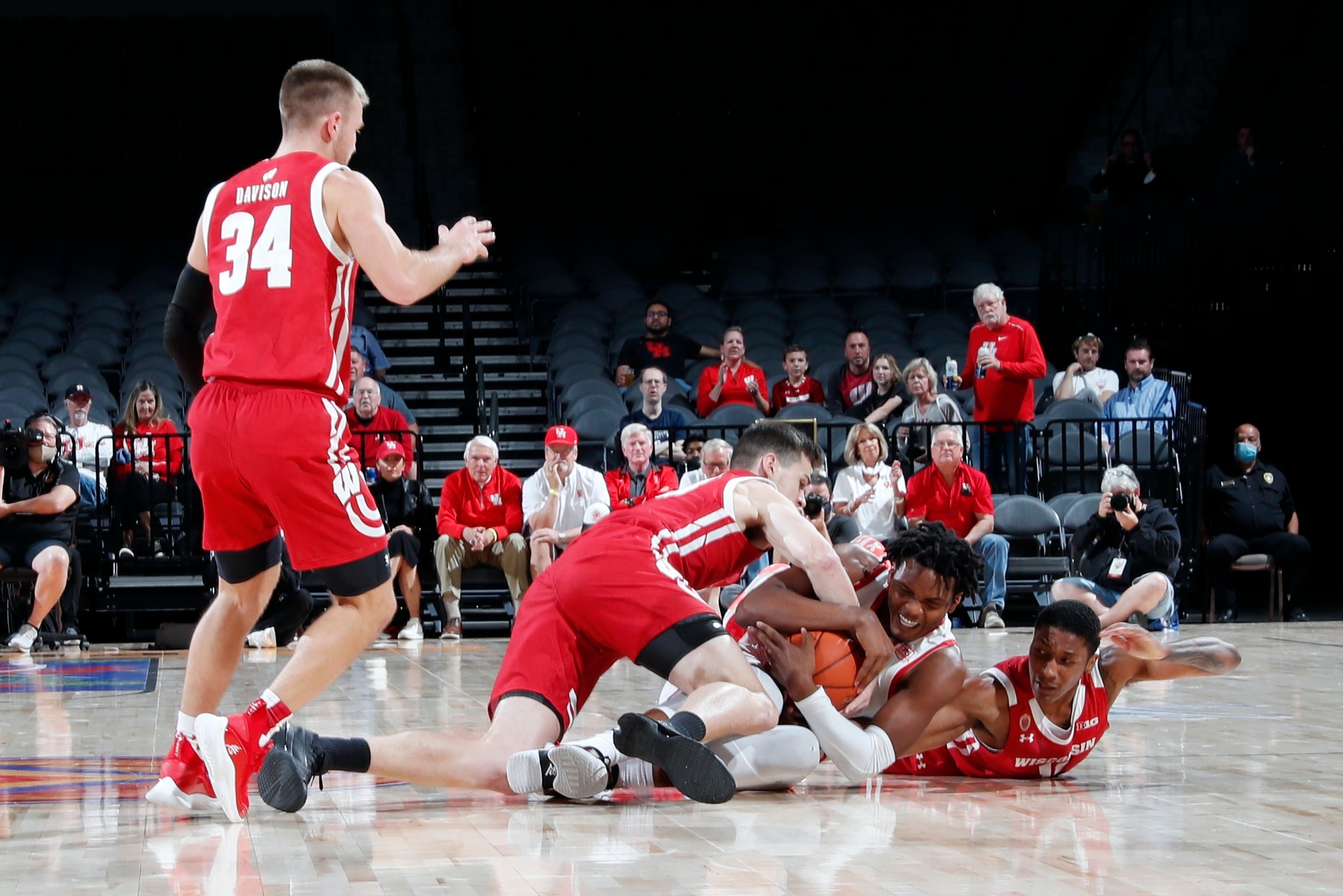 Boasting a perfect record and super athletic lineup, Houston has been the most challenging matchup of Wisconsin’s season.

From the onset, the game was clearly a battle of two styles, with Houston exploiting their individual talent basis while the ball touched the hands of most Badgers on the court. Wisconsin came out with energy, smashing their way to a 13-0 run to start the game while hitting 3-6 of their first 3-point attempts.

The Badger’s physicality made the Cougars earn nearly every shot they took. While Houston eventually began to hit their stride and make shots, the Badgers maintained their ten-point lead the first ten minutes. Despite this productive start, Wisconsin got into foul trouble due to their gritty brand of defense.

While the Cougars continued being aggressive on offense, the Badgers maintained a perfect 4/4 from three by Johnny Davis on his first four attempts. This hot-start by Davis spurred the Badgers to earn seven impressive 3-pointers in the first half.

Wisconsin ended the half with a 20 point lead, which can partially be attributed to the defensive grit of Chucky Hepburn picking up and stopping Marcus Sasser by holding Houston’s high-scoring guard to just three points. 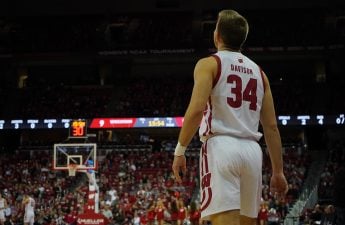 Houston’s coach Kelvin Sampson and the rest of his squad opened the second by looking to chip away at the 20-point deficit. Kyler Edwards delivered for the Cougars, hitting back-to-back threes to kick off the half. As Edwards continued to rain hot fire on the Wisconsin defense, the Badgers struggled to find their offensive rhythm — throwing air balls and running into offensive sticking points.

The Badgers continued to struggle and added two turnovers in the first five minutes of the half, nearly meeting their total for the first half. Wisconsin ran into more foul trouble like they did in the first half of the Providence game, with both their centers notching three personal fouls.

In most conditions, the string of fouls would destroy any hopes of maintaining their lead. But thanks to the strong offensive play of Tyler Wahl and his points, the Badgers were able to stay in it. Midway through the half, the game was dominated by Wahl on the scoring and assisting end of nearly every basket.

The Cougars charged back though Wisconsin regained its footing, shaving their lead down to six points with under eight minutes left in the game. As the Badgers fought their way to the finish, the team grappled with the question of who would get them the offensive production they needed to win the game.

While Davis showed positive signs of leading the team to victory, Wisconsin struggled to turn the ball over and could not find anyone to score — leading to a sharp drop-off in shooting percentage down the line.

But a critical steal by Davis in the last four minutes gave Wisconsin a seven-point lead with lots of momentum going in Houston’s direction. With just over two minutes left, it became a Sasser vs. Wisconsin battle. The guard gave his best as the clock wound down, narrowing the gap between the teams to three to five points.

At one minute left, Davis snagged an offensive rounding off a missed 3-point shot by Sasser that would have tied the game, sending Davis to the line to put the Badgers up by five. 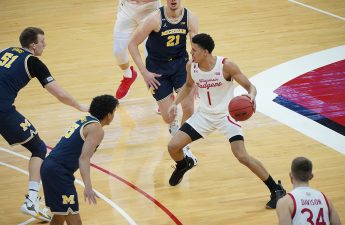 The Cougars answered with a quick three by Edwards, but it didn’t prove to be enough to beat the Badger’s offensive game.

The game concluded with a tight 65-63 win for Wisconsin, advancing the Badgers to the Maui Invitational final. Wisconsin will face off against the winner of the Oregon vs. Saint Mary’s game Tuesday night.

The championship game will be held 4 p.m. Wednesday.