Led by first-year Head Coach Marisa Moseley, the UW-Madison women’s basketball squad will officially kick off the 2021-2022 campaign today as they tip off against the University of St. Thomas-Minnesota at 6:30 p.m. in Madison.

After an exhibition thumping of UW-Oshkosh, an 81-47 Badger victory, Wisconsin looks to replicate last Sunday’s performance with the same intensity on both sides of the ball. 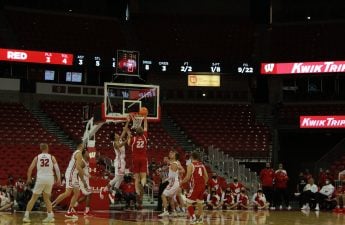 A season ago, St. Thomas averaged 13.9 turnovers over seven contests under head coach Ruth Sinn. With UW-Madison’s combination of scrappiness on the perimeter and length down low, the Badger defense could give the Tommie’s a headache.

UST loses its leading scorer, Macy Hatlestad, who accounted for 12.6 points per game and shot 42.5% from behind-the-arc. But, last year’s St. Thomas squad boasted a +15 point scoring margin and with the mixture of a talented freshmen class and three returning starters. The historically successful unit may get up and down the court amidst a stout effort from the cardinal and white.

Not to mention, the school will debut as a member of the Summit League, a Division I athletic conference after transferring from the MIAC — a Division III association — when they face the Badgers at the Kohl Center. 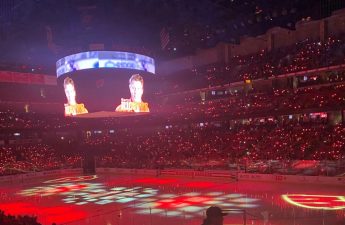 Sinn established a winning culture at St. Thomas, logging an incredible 250-31 record, currently the highest win percentage over ten years in the entire MIAC from 2010 to 2021. In a condensed seven-game 2021 campaign, the Tommies shot 45.8% from the field, held teams to 60.4 points per game and snatched 7.7 more boards than opposing teams each time out on the hardwood.

UW-Madison clamped up on the perimeter in 24 games last year, allowing opponents to shoot a dismal 30.1% clip from deep. The Tommies notched a 41.7% mark from three last season and with tenacious guards like Katie Nelson and Julie Pospíšilová, Wisconsin will need to defend the outside diligently.

The purple and white averaged a -0.2 turnover margin compared to Wisconsin’s -5.2 gap, so in order for the Badgers to overcome Sinn’s team, they will need to handle the rock carefully and avoid throw-aways during offensive sets.

With eight departures, seven returning student athletes and 10 newcomers this season, Sinn certainly has her hands full. But UST is no stranger to succeeding, despite new-look rosters. The 2019-2020 team finished 21-6 without a single senior and only one available junior — and as one of the youngest Division III rosters, the Tommies almost secured a bid to The Big Dance. 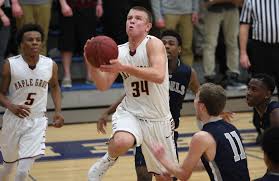 Coming off a last-place finish in the Big Ten a season ago, Moseley and the Badgers will look to plant the seed for an exciting 2021-2022 campaign. With the leadership of the shot-creating Sydney Hilliard, floor general Nelson and versatile Pospíšilová, Wisconsin aims to regain respect and establish a competitive edge as a promising member of a tough Big Ten conference.

Forward Erin Norling joins the Tommies after four years at Wayne State College. In 2020-2021, she earned NSIC South Division Player of the Year honors, ranking No. 4 in scoring (16.3) and No. 8 in rebounding (6.8) in the Northern Sun Intercollegiate Conference. Norling’s offensive firepower and length down low could prove challenging for Sara Stapleton and Alex Luehring. I wouldn’t be surprised if Moseley applied pressure on entry passes or isolation looks.

Kaia Porter was the second-leading scorer under Sinn during the 2019-2020 season, she racked up 80 points and shot 50% from deep over seven contests. With 78 career three-pointers over 71 games, the 5-foot-11 forward can stretch the floor and shoot at will. If Moseley elects to utilize another 2-3 zone defense, the Badgers should pay extra attention to Porter when she catches the ball outside.