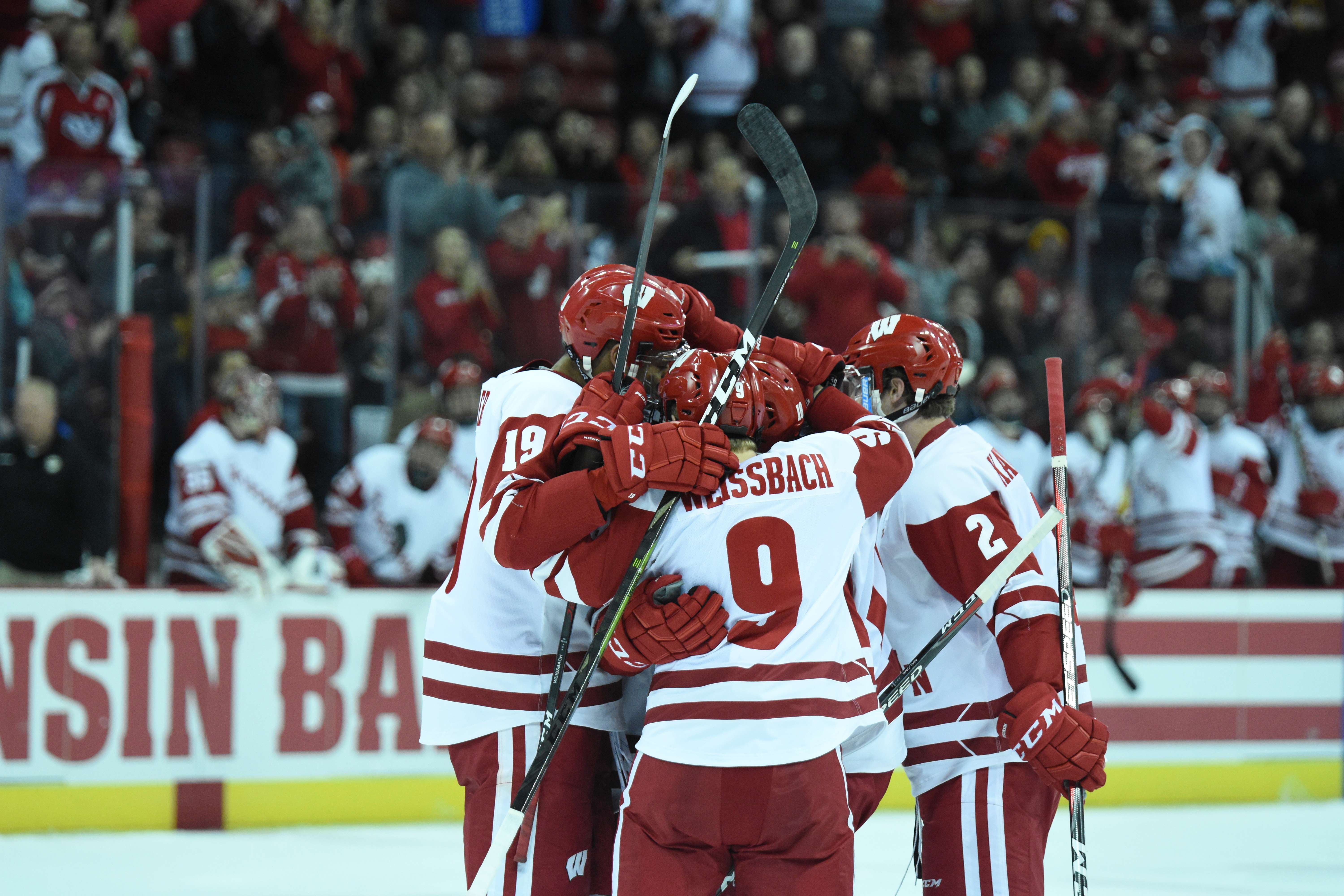 University of Wisconsin men’s hockey and basketball fans came into March with high hopes of NCAA Tournament success and the possibility of bringing a championship back home to Madison.

Sadly, hopes quickly faded when both the men’s basketball and men’s hockey teams had early exits from their respective tournaments.

The only reprieve from this year’s heart-breaking month of March was the Wisconsin women’s hockey team bringing home their second consecutive national championship. The women’s team’s win electrified the city and brought hopes that the men’s team could follow suit.

Coming off a close loss to arch-rival Minnesota in the final of the Big Ten Tournament, the talented Badgers were poised to make a long run in the NCAA college hockey tournament. Wisconsin and especially star forward and likely Hobey Baker Award winner Cole Caufield was joined by several other future NHL players who saw the tournament as their chance to leave a lasting mark on the program.

The Badgers first-round matchup pitted them against a fairly small school nestled in the far north of Minnesota, the Bemidji State Beavers. The third-ranked Badgers seemed to match up well with the relatively small school, and many fans looked past the Beavers to the nationally successful UMass team that would undoubtedly meet them in the second round.

Sadly for Badgers fans alike, it would be the ultimate mistake to underestimate the Beavers from the iron range of Minnesota’s. Wisconsin waltzed out of the gates, allowing the Beavers to post a 2-0 lead after the first period. To make matters worse, the Badgers were outshot 16-7 in the first period. Even with the slow start, the Badgers did not lose hope and turned to Linus Weissbach for their first goal in the second period.

Even with Weissbach’s contribution, penalties led to another Beaver goal that extended the lead to 3-1 and forced Wisconsin to play more aggressively. The window was small, but with two goals from Caufield, the Badgers had hope. Sadly, the Badgers could not capitalize on power plays down the stretch, and they could not staunch the bleeding that began in the first period. While they played the Beavers fairly even down the stretch, the Badgers ultimately fell to their first-round opponents by a score of 6-3, ending their season for good.

Even with losing Caufield and a talented senior class, Badger fans should be optimistic about the coming season. While there will always be powerhouses like UMD and Saint Cloud State, the Badgers have been able to make a name for themselves in the past several seasons.

Spurred on by the success of the Wisconsin women’s team, it can be said that while the Badgers men’s team fell short this year, we will be singing the praises team in coming years as Madison continues to become a dominant hockey program in both men’s and women’s athletics.