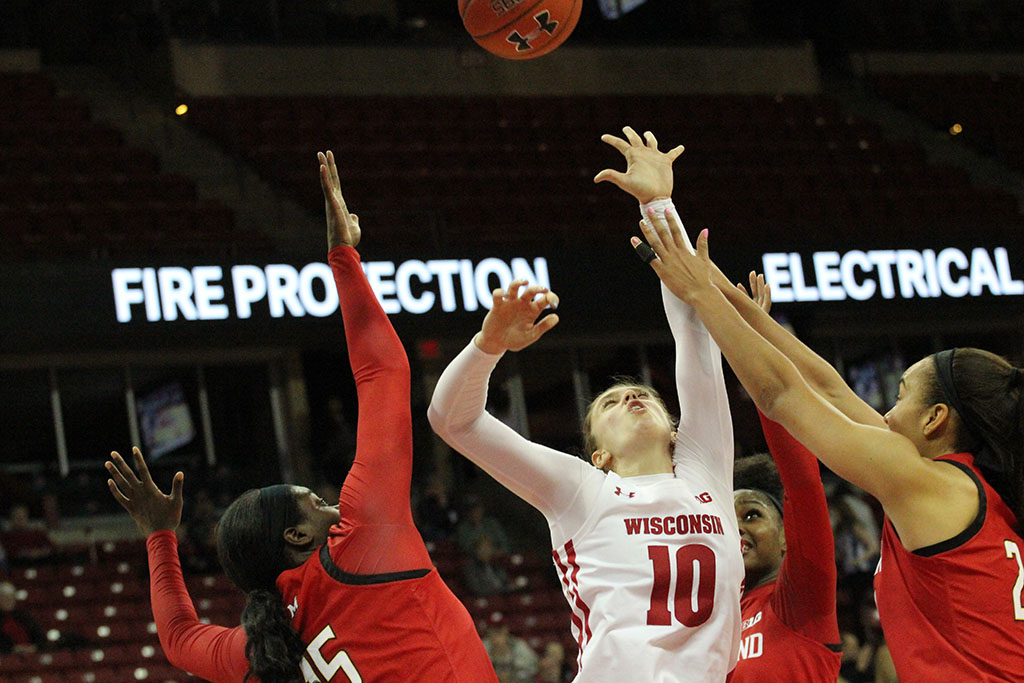 Growing pains continue for the University of Wisconsin women’s basketball team (3-9, 0-9 Big Ten) after an absolute heartbreaker to Purdue University (6-6, 3-4 Big Ten). Despite recovering from a 14-0 Purdue run early and holding a lead with less than a minute to go, the Badgers suffered their ninth straight Big Ten loss, falling 56-55.

The Badgers showed encouraging signs of growth in their previous loss to No. 9 Maryland, and the environment around Head Coach Jonathan Tsipis and team leaders like Imani Lewis and Sydney Hilliard was extremely positive. It felt as though this could be the game where the Badgers broke their conference duck. 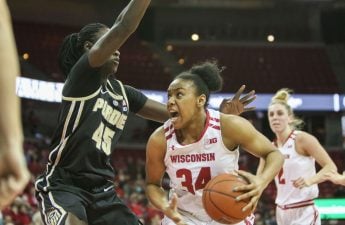 Women’s Basketball: Badgers continue losing skid, fall to No. 9 ranked TerrapinsIn the win-loss column, there’s no such thing as a moral victory. The University of Wisconsin women’s basketball team( 3-9, Read…

First, the good. The defense by the Badgers was as strong as it had ever been against Big Ten competition. The Badgers forced tough decisions in transition and commanded the pace of the game with the physicality of their half court defense.

The numbers help the eye test hold water, as Wisconsin held the Boilermakers to 31% from the field and 21% from deep while forcing three shot-clock violations. The translation between posting strong defensive field goal percentage numbers and low point totals finally connected, assuredly a measurement of growth for the Badgers. 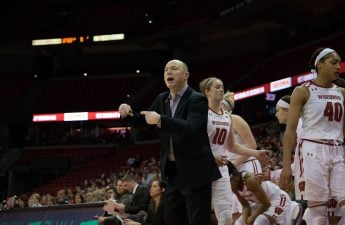 Halle Douglass’ emergence as a legitimate tertiary ball handler and offensive initiator is another positive Tsipis can take away from this game. Her nine points in the first half were critical, as the Badgers re-established themselves after falling early.

Having someone other than Hilliard and Julie Pospíšilovà that Tsipis can trust to run the offense and break a press gives the Badgers a more versatile rotation. Douglass has been getting a lot of time with starters, but eventually seeing her grow into the floor general with the second unit should be the goal.

Among the bad is everything you’d expect from a young team. The Badgers are still learning to win close games — Hilliard especially. Down the stretch, with the ball in her hands, it was clear that Hilliard was hesitating while trying to make the best basketball play for her team. What isn’t apparent yet is the realization that her attacking the paint — how many times have we seen her use a crossover-hesitation combination to get in the lane, either pulling up for a little bunny jumper or attacking the shot-blocker at the rim — is the best offense this team has. 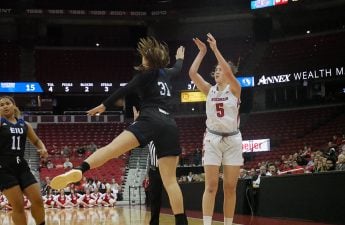 Hilliard deferred to Lewis and Pospíšilovà, and once to center Sara Stapleton in the final minutes. Stapleton provides a much-needed interior presence and finds great position within the flow of the offense, but she is not who the Badgers need taking game-deciding shots. Again, winning tight games is a skill and Hilliard is well on her way to polishing it, but her development in the clutch is a must for the Badgers.

Had one 50/50 call — a loose ball violation on Hilliard boxing out Purdue’s Fatou Diagne with 1.1 seconds remaining — gone the Badgers way, the game would have gone to overtime, and who knows what could have happened. The game was a tooth-and-nail Big Ten slugfest on the road, and could have been the turning point in the season.

Instead, the Badgers have a chance to break their 17-game conference losing streak dating back to last season Jan. 24 at home against Michigan State.