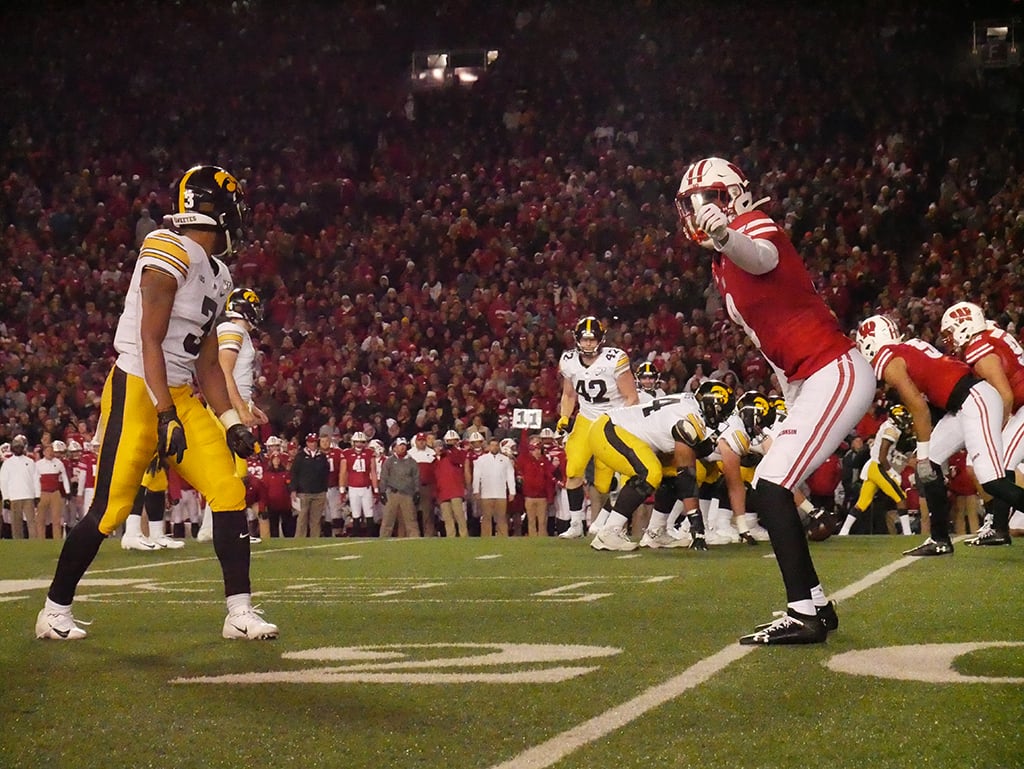 After losing two straight games to ranked Big Ten rivals No. 14 Northwestern (6-1) and No. 12 Indiana (6-1) in unencouraging showings from the offense, the University of Wisconsin football team (2-3) traveled to Iowa City to take on the No. 16 Iowa Hawkeyes (6-2). Playing in the last game of their shortened season, the Badgers hoped to finish 2020 on a high note.

Fool me once, shame on me.

Fool me twice, shame on me.

Fool me three times, shame on me.

I’ll be the first to admit it. I bought in three straight weeks and was proven wrong each and every time, badly. If you are a fan of punting, you might have been one of the few to find this game interesting. I’m all for a gritty Big Ten football game, but man, this game was a hard watch as a Badgers fan. Andy Vujnovich may be the team’s MVP for his performance Saturday evening, punting the ball nine times for 393 yards (43.7 yard average). It’s never a great sign when the punter is the most important piece to a team, but for this Badgers offense, it was only right.

Slow, uninspired, sloppy and overall out of sync, this offense never found a rhythm for the third straight week. It’s not easy to succeed when the two top wide receivers, Danny Davis and Kendric Pryor, and the team’s new premier back, Jalen Berger, all miss the game with injuries. Even so, that cannot be an excuse for the execution of the offense on Saturday.

There are many different places you can point to as to why the Badgers struggled so hard to end the season. Some may point to the play, calling that Head Coach Paul Chryst gave up and the “natural progression” of the role moved forward. Others may point to the missed skill position prospects in the previous year’s recruiting classes, but most will point to redshirt freshman quarterback Graham Mertz, who struggled mightily once again.

To be blunt, Mertz has looked like he’s seeing ghosts on the field these last few weeks, posting remarkably poor numbers since the Michigan game in early November, in which he threw for two touchdown passes on 12-for-22 passing.

The turnover bug continued to rule over Mertz, who threw another interception and another fumble, which added to a turnover count in the last three games that totaled five interceptions, along with a few throws toward the end of the game that could have easily been intercepted. Mertz just seemed off, as though he lost confidence in his play after a poor showing against Northwestern. 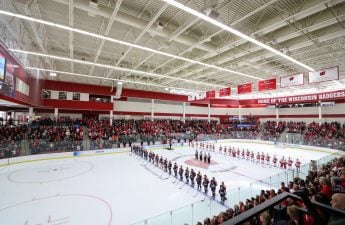 While these performances were truly bad, it’s important to remember the youth of this offense. Berger, a true freshman, has looked great, along with freshman wide receiver Chimere Dike, who had an impressive year and seems to be one of Mertz’s favorite targets.

Yes, it’s tough to be hopeful following three straight brutal losses in which the Badgers combined to score just 20 points. Be patient and let these young players, Mertz especially, gather themselves over the long offseason. Mertz didn’t get a natural spring, summer or fall practice slate due to the pandemic. Essentially, what we saw these last few games is next year’s starting lineup playing a year too early, a year before they can gel and play together.

Every time the Badgers seemed to have life against the Hawkeyes, something went wrong. With about eight minutes left in the fourth quarter and the game on the line, down 21–7 on fourth-and-goal, Mertz set back to throw, saw a seemingly open receiver and instead threw an interception. Iowa scored on an 80-yard run the next play, sticking a dagger in the Badgers and their season.

To fix the pain, try and remember that almost exactly seven weeks ago today, Mertz made his first career start. Despite struggling in recent games, Mertz’s experience this season will help him grow along with his teammates and coaches.