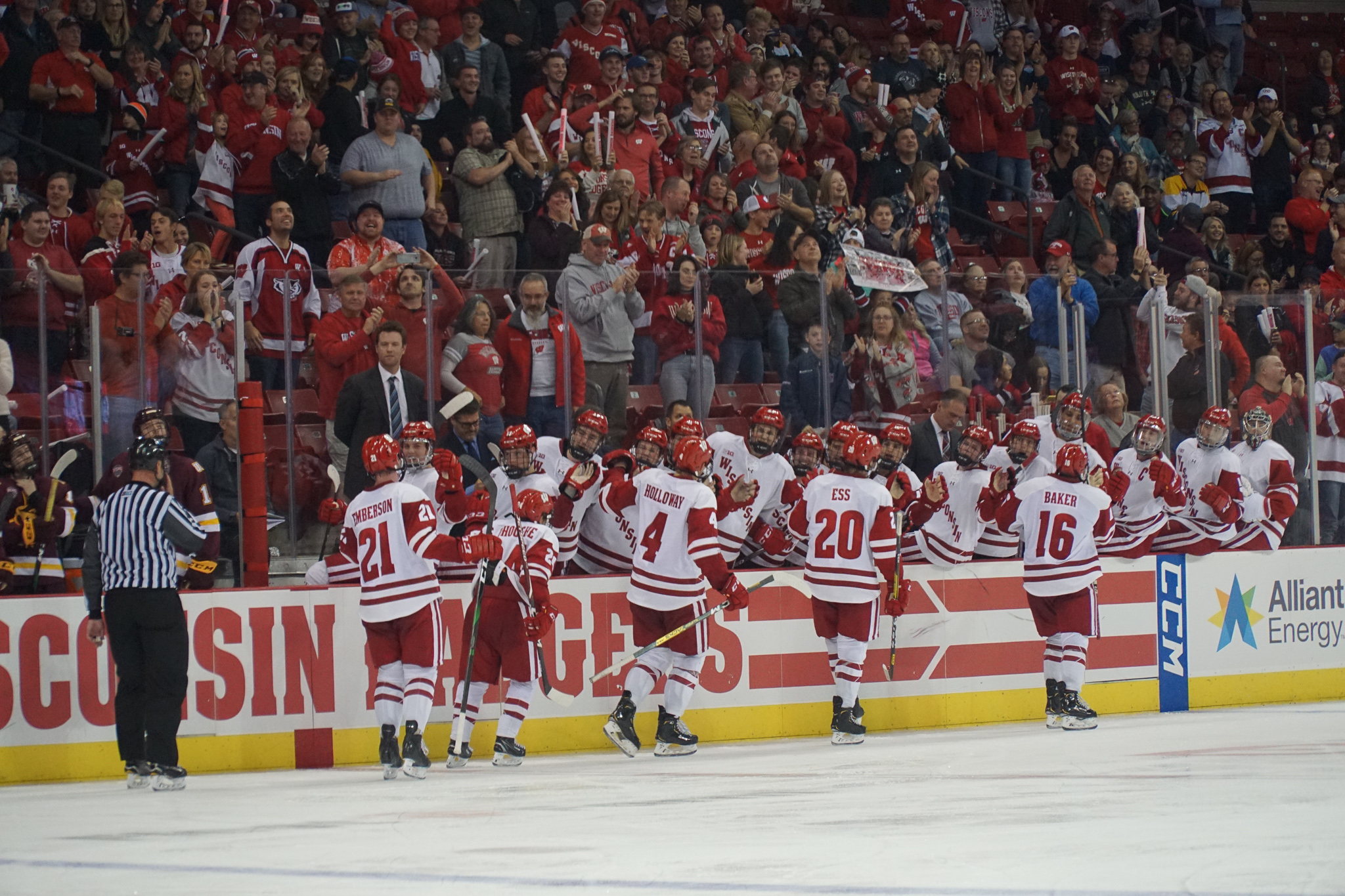 The University of Wisconsin men’s hockey team dominated the ice in South Bend.

For the first time since 2017, the Badgers executed a true road sweep against a Big Ten opponent with a 5–3 victory over No. 20 Notre Dame on Saturday night.

During the season opener at Compton Family Ice Arena, the Badgers showed up early with a power play goal from Dylan Holloway assisted by sophomore Cole Caufield and senior Ty Pelton-Byce. They extended their lead in the second period to 2–0, once Ryder Donovan snuck the puck past Notre Dame goalie Dylan St. Cyr. 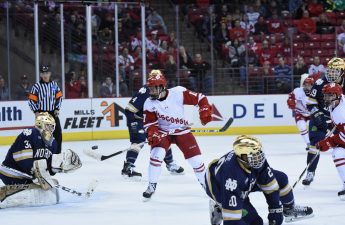 Men’s Hockey: Everything you need to know ahead of Badgers vs. Fighting Irish opening seriesAfter a long eight months full of uncertainty, finally, today is the day. It’s gameday. The University of Wisconsin men’s Read…

Graduate goalie Robbie Beydoun, who transferred from Michigan Tech University — made his first appearance on the ice as a Badger saving 25 shots, and became the fifth to open a season with a shutout.

The Badgers started their second matchup strong with a power play goal from Pelton-Byce followed by a strike from Ryder Donovan to put them in the lead 2–0 in the first. But, the Badgers struggled in the first couple of minutes in the second as they quickly blew their two-point lead, slowly letting the Irish creep back into the game. 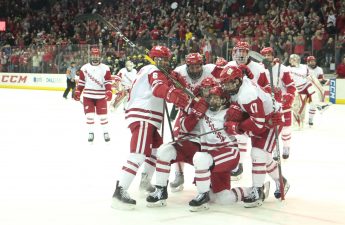 Men’s Hockey: Projecting the individual awards for the 2020-21 BadgersTeam MVP: Cole Caufield It is hard to imagine someone on this team will have a better season than Caufield. Read…

Dylan Holloway came to the Badgers’ rescue in the third, slamming one into the top-right corner of the cage, putting the Badgers in a 4–3 lead over the Fighting Irish. To finish off what was left of the Irish, sophomore Owen Lindmark fanned on a shot on the rush, firing the puck straight past St. Cyr off Ryan Donovan’s skate.

In his second start, Beydoun stopped 29 shots of the 32 throughout the night, saving 14 of them in the first period when the Irish brought pressure. 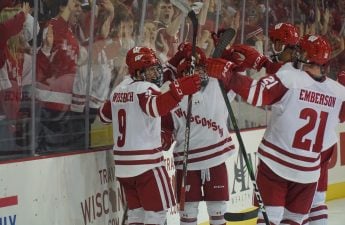 Men’s Hockey: Arch March is one of many ways Badgers are building chemistry, hype ahead of 2020-21 campaignAs the official start date for the University of Wisconsin men’s hockey team season nears, the Badgers are constantly finding Read…

“We were in a lot of positions last year with games we felt like we could have won where we let it slip because of careless mistakes or mentally not being tough enough to deal with a little bit of adversity,” Badgers head coach Tony Granato told the Wisconsin State Journal.

The Badgers will face the University of Michigan for a six-game homestand in LaBahn Arena. From Nov. 19 to 29, the team will battle at home against the No. 12 Wolverines, No. 9 Penn State and Arizona State.