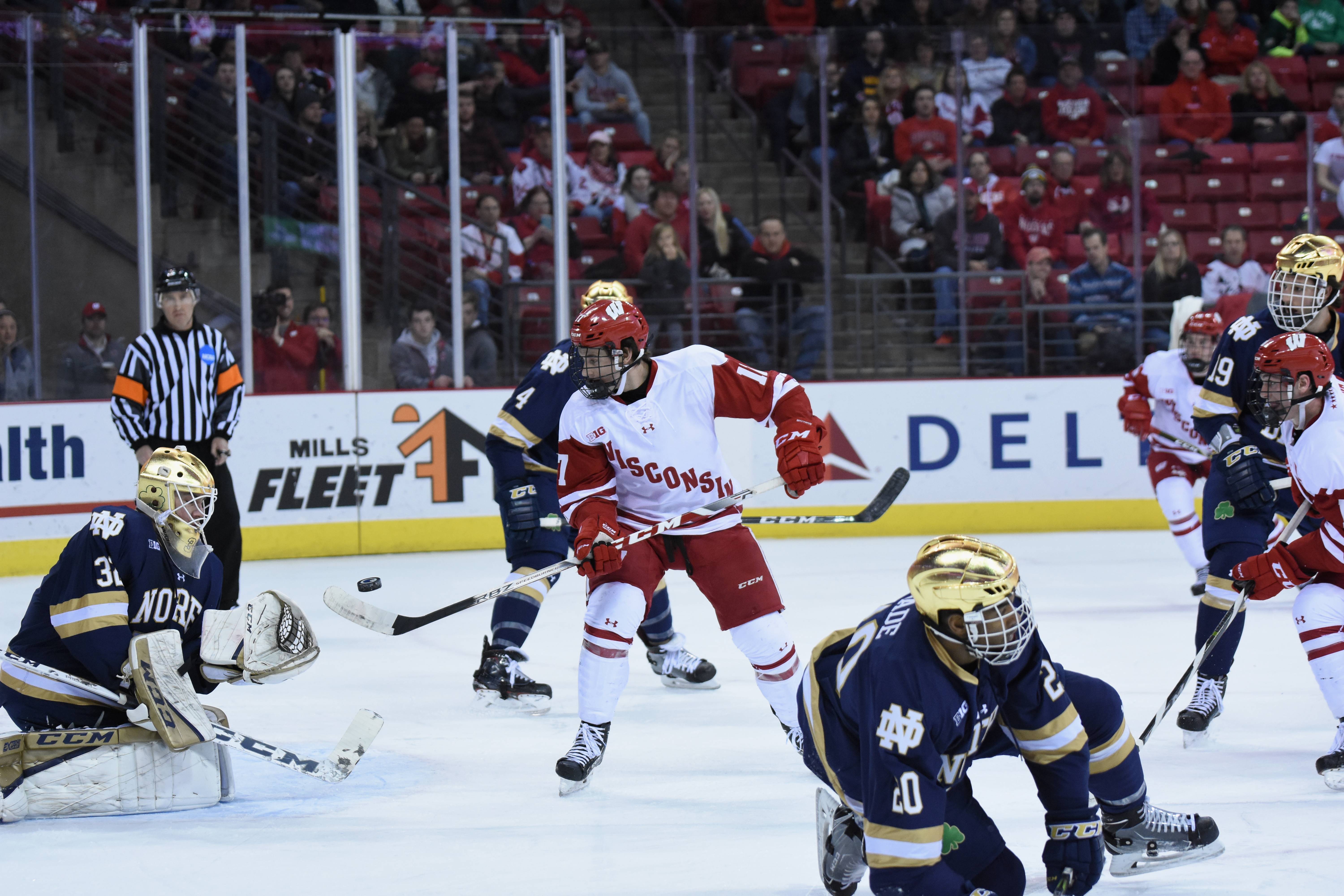 After a long eight months full of uncertainty, finally, today is the day. It’s gameday. The University of Wisconsin men’s hockey team returns to action tonight in South Bend, Indiana to take on the Notre Dame Fighting Irish. Here’s how the two squads matchup ahead of this pivotal opening weekend series.

Both teams will have new goalies to open the season. Wisconsin will be turning to grad transfer Robbie Beydoun while Notre Dame will more than likely be turning to sophomore Ryan Bischel. While Beydoun is replacing a goaltending group that was injury-riddled and inconsistent, Bischel is replacing one of the better goalies in Notre Dame history.

While he doesn’t have a ton of experience, Bischel did start four games last year, winning three of them and playing his part. He finished the year with a 2.53 GAA and a .915 save percentage. On the other side, experience is not an issue for Robbie Beydoun. The grad transfer from Michigan Tech has played in 28 career games. He has a career 2.28 GAA and a .919 save percentage.

The first period of any season has a tendency to be a learning experience. It usually consists of a lot of lines that have barely played together, with some guys making their first career appearances. But mainly, the first period of a season is a time in which everyone is just trying to get back into the groove of the game.

Tonight, the impact of the first period will be even larger than normal. In a usual year, both of these teams would traditionally begin their season with a lesser opponent to try and get a feel for things. But, in this pandemic marred season, neither are afforded this luxury. The young teams and their new goalies will have to adapt to this first period rather quickly.

Expect to see a lot of hitting early on as both teams try and establish their own momentum and tempo. For my NHL fans, consider Aug. 1, the first day the league operated in the bubble resuming from the pandemic. Within two minutes of the first period between the New York Rangers and the Carolina Hurricanes, there were multiple huge hits, a fight and a goal. Expect something similar here as both the Badgers and the Irish will try to get rolling early with no fans.

Of note: Notre Dame was one of the lowest scoring teams in the country in the first period last season. Across 37 games, they potted just 21 goals.

I think it is a fair question to ask how this series will be paced. It’s a question we won’t really know until we see it. This is the first college hockey game since March, so there is nothing to compare it to. College hockey, especially in a major conference like the Big Ten, is massively impacted by the fans.

It’s easy to look at other sports and see the intensity of the game has hardly diminished without fans. But there will definitely be a learning curve for all of the players as they try to adjust to the new normal. This ties right into my earlier point about the importance of the first period. Expect a high-energy, high-intensity, fast-paced first period as all of the players try to get going early on.

In the early season, special teams is one of the most interesting facets of the game. Hockey is a game based on communication. And while communication is important in every area of the game, it is most important on the powerplay and the penalty kill. These are two areas that take time to develop and they typically get better as the season progresses. This need for development is magnified with the Badgers’ relative inexperience, especially on the back end.

Fortunately, the powerplay was not something that Notre Dame was very good at last year either, converting about 18% of the time. Special teams is definitely something to keep an eye on during this opening weekend series. 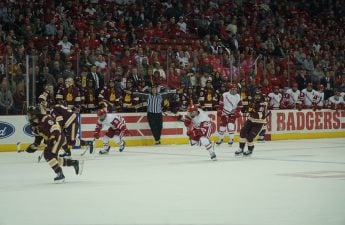 While scoring shouldn’t be much of an issue this year, which Badger will take the reigns as the team’s leading scorer? It seems like a foregone conclusion that Cole Caufield will lead the team and the conference in scoring this season, but who will play second fiddle?

While Dylan Holloway seems like the obvious answer, it would not be a surprise to see someone like Mathieu De St. Phalle or Owen Lindmark take over this role. It takes a core of offensive difference-makers to win games, and the Badgers are fortunate to have an abundance of talent on the offensive side.

I genuinely have no idea who the Badgers third defensive pairing will be tonight. I’m not even sure Tony Granato knows, or will know until he gets to the rink. It seems likely that the third pairing will be a few guys that rotate in-and-out every weekend until a few individuals start to separate from the rest.

While I can’t say much about who I think will start (because I honestly don’t have a clue), what I do know is that the starters in game one likely will not be the starters in game two or at least, the following series. I would expect a pretty fluid rotation for the first three weekends or so, and hopefully by then we will have a better understanding of who deserves the starting spot. 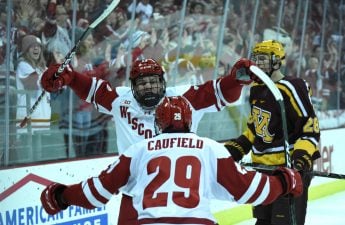