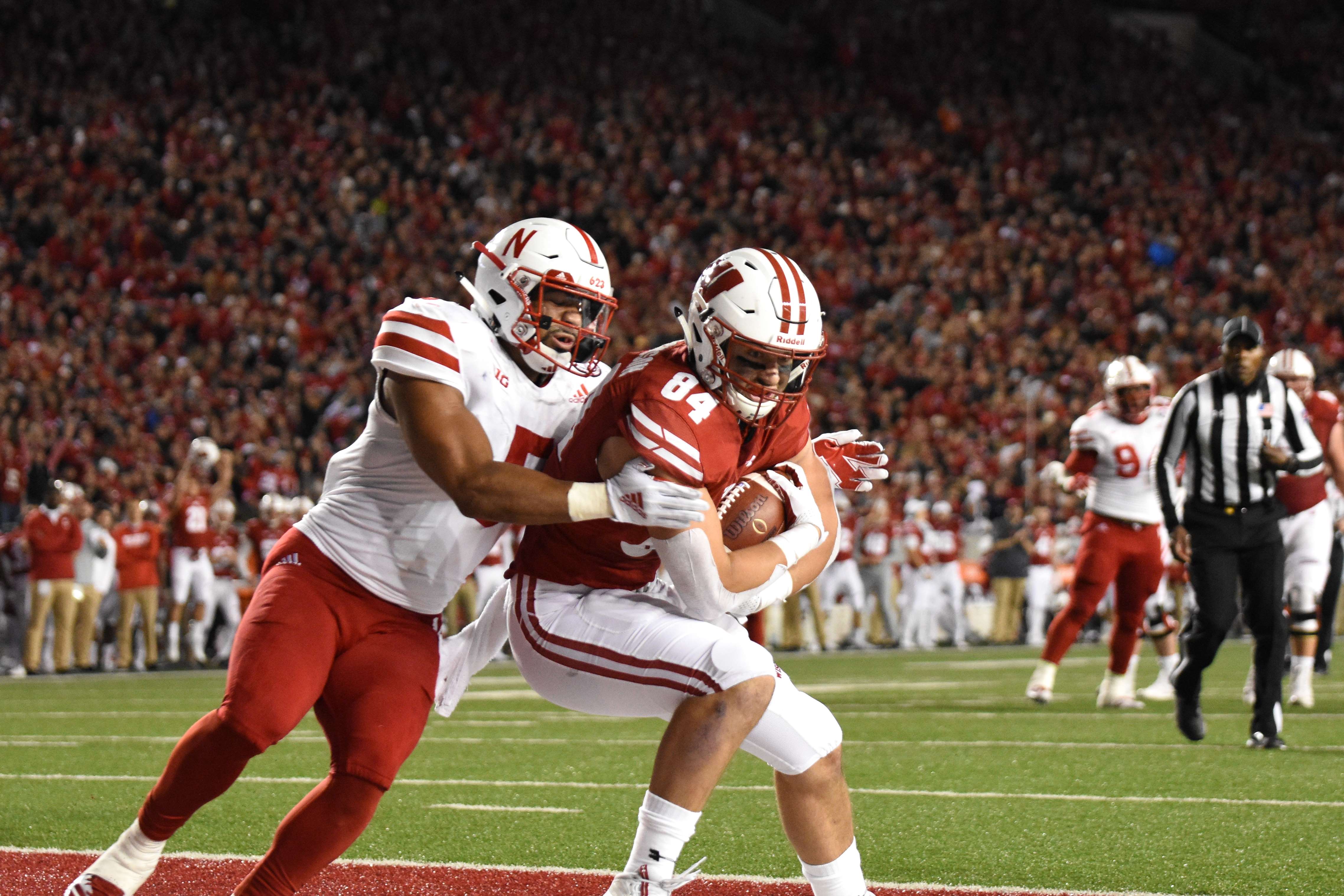 The Wisconsin football team made a lot of noise in their 45–7 rout against Illinois last Friday at Camp Randall.

In their win, the Badgers showcased their array of weapons both on offense and defense and claimed the No. 9 ranking in this past AP Poll. We took a look at Wisconsin’s five best draft prospects who would be eligible for the 2021 NFL Draft.

After finding the end zone three times in Wisconsin’s home opener against Illinois, many think Ferguson, a three-year starter, could be poised for a breakout 2020 season.

The junior from Madison has caught over 30 passes and exceeded 400 yards receiving in both of his seasons as the starter, but with a larger role in the offense, and could contend for the John Mackey Award which is given at the end of the season to the nation’s top tight end.

Not only is Ferguson a threat in the passing game, but his 6’5” 246-pound frame also allows him to be a productive run blocker for the Badgers’ rushing attack. With no clear primary receiving target in Wisconsin’s offense, expect Ferguson to get more targets and showcase his receiving skills to scouts across the country.

Van Lanen has been a staple of the Badgers’ offensive line, playing in 41 games and three seasons as a starter at offensive line. Though Van Lanen was a rotational offensive lineman in his first two years at Wisconsin, he was extremely effective when given the opportunity.

During the 2018 season, Van Lanen was the highest-graded offensive tackle according to Pro Football Focus with an impressive 90.8 grade.

After being named to the All-Big Ten second team, Van Lanen could have opted out and entered his name into the 2020 NFL Draft as a junior but chose to stay for his senior year. Van Lanen will look to add to his impressive resume in 2021.

A 2020 preseason All-Big Ten selection, Sanborn is expected to carry the torch as the next great Wisconsin linebacker and will look to have an even bigger role following the departure of Chris Orr and Zach Baun to the NFL in 2019.

Sanborn is a linebacker who can do it all. In 2019, the junior from Deer Park, IL, tallied 50 solo tackles and an impressive five sacks. Along with showing a tremendous ability to stop the run and rush the passer, Sanborn is also great in coverage.

In 2019, Sanborn picked off a team-leading three interceptions including one in the Rose Bowl against Oregon. Now an upperclassman, Sanborn is poised to lead Defensive Coordinator Jim Leonhard’s defense.

Coupled with senior defensive end Garrett Rand, Loudermilk is  part of a strong, experienced defensive line that is one of Wisconsin’s greatest strengths in 2020-21.

At 6’7” Loudermilk has tremendous size that makes him an intriguing prospect. Loudermilk also played his best when the competition was at its highest. In two games against the 2020 Big Ten Champion and College Football Playoff semifinalist, Ohio State, Loudermilk created havoc in the Buckeye backfield and recorded 1.5 sacks in two games.

Loudermilk got off to a hot start in 2020, sacking quarterback Brandon Peters in the Badgers’ dominant defensive performance.

Loudermilk is a smart player and reads his keys well which gives him an advantage to effectively rush the passer. Look for him to have an increased number of sacks after the Badgers lost two pass rushers who recorded a combined 24 sacks in Zach Baun and Chris Orr.

After starting the 2019 season as a backup, Burrell took stepped up once UW lost starting safety Scott Nelson to a season-ending injury in the opener against South Florida.

Since taking the field, Burrell hasn’t looked back. Along with tallying two interceptions in 2019, the safety from Severn, MD had the highest Pro Football Focus grade among Big Ten players who are returning in 2020 (88.9).

In a Feb. 19 article, college football analyst Anthony Treash broke down Burrell’s wide-range of skills which make him effective.

“Wisconsin Badgers safety Eric Burrell has played in the box, slot and at deep safety over the past couple seasons, and regardless of where he was at, he shined in coverage,” Treash said.

Named as a 2020 Preseason All-American honorable mention by PFF, Burrell will look to build off his impressive 2019 season and potentially contend for the Jim Thorpe Award, given to the nation’s top defensive back.