Over the last ten years Badgers fans have been able to welcome home not just Big Ten Champions, but also National Champions. Amongst this myriad of dominant teams comes the Wisconsin Badgers Women’s Volleyball team, who have been a powerhouse for several years.

Following last season’s defeat in the National Championship, it’s clear that Coach Kelly Sheffield and his team are on a warpath. This motivation has not only been punctuated in the gym but also out in the transfer portal with Wisconsin bringing in some legit additions for the upcoming season.

Several of the best players in the country have gravitated to Madison to join the culture of championships, filling out an already impressive team. This year’s squad is not only deep but also incredibly experienced.

Amongst these newcomers is Giorgia Civita, a Senior transfer from Wichita State who is originally from Milan, Italy. The Italian libero is already earning high praise and building rapport with her teammates.

“Giorgia [Civita] is a baller,” Sheffield said. “She loves the game and she loves being in the gym. One of the things that jumps out at you while watching her play is her ability to read the game. She has a lot of range in serve receive and has a really nice touch and feel. Defensively she also covers a lot of real estate.”

Civita is no stranger to excellence, coming from a storied international prep career where she was named the best libero in Italy twice, before heading to the states. Once Cavita came to the U.S, she became the 2018 American Athletic Conference libero of the year. 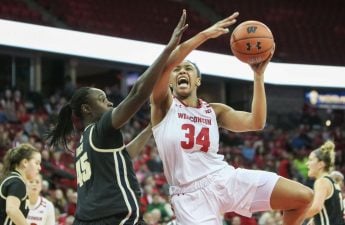 Joining Civita is Lauren Barnes, a transfer from Big Ten rival Minnesota. Barnes, a native of Naperville, Illinois was a big contributor at Minnesota and was also a member of the U.S College National Team in 2019.

Rounding out the excellent group of transfers is redshirt Senior Deahna Kraft from Pepperdine. Kraft made quite the name for herself at Pepperdine both off the court and on the sand, playing three seasons of sand volleyball with the Wave.

Kraft is 11 all-time in wins at Pepperdine. While at Pepperdine, Kraft got her accolades too, gaining multiple second team All-American honors, along with making the All-Freshman team her first year there.

These accolades were not ill-fitting, with Kraft spending much of her career in the top 10 seeds in the national sand volleyball rankings. The team hopes to transfer Kraft’s skill on the sand to the hardwood for her redshirt senior season. 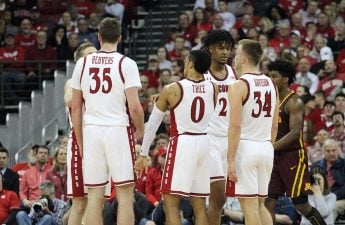 Joining these transfers is an excellent recruiting class of freshmen that proves the Badgers’ history of success has no expectation of slowing down.

Amongst these newcomers is MJ Hammill from Greenwood, Indiana. At Center Grove High school, Hammill was a standout named to numerous All-State honors and even a second team All-American honors. The setter who comes in ranked 30 on PrepVolleyball Senior Aces is touted for her drive and competitive nature.

The talented class does not stop with Hammill as she is joined by Devyn Robinson, a middle blocker from Ankeny, Iowa. To say Robinson is an impressive talent would be a major understatement, as she comes in already toting a good amount of hardware.

Robinson has won multiple gold medals overseas playing for Team USA’s youth teams, where in 2019 she was named the best blocker at the Girls Under 18 World Championships in Egypt. Not to mention, Robinson adds multiple state championships to her resume, a foundation of success that no doubt will carry into her college career.

Lastly, rounding out this class of Recruits is Jade Demps, arguably one of the most impressive talents. Demps is a three-time Volleyball All-American and 2020 Gatorade South Carolina Player of the Year.

While playing at Broughton High School in Raleigh, Demps set the state record in kills with 627 as a senior. Her success did not stop with her monster arm, as Demps was a two-sport athlete in high school, racking up records in the high jump.

When the season does eventually break ground, not only do Badgers fans have exciting new transfers to look, at but also a class of remarkable young players. These Badgers are looking to get back to the top and finish the job for the first time in program history, hoping to further diversify Wisconsin’s championship trophies.