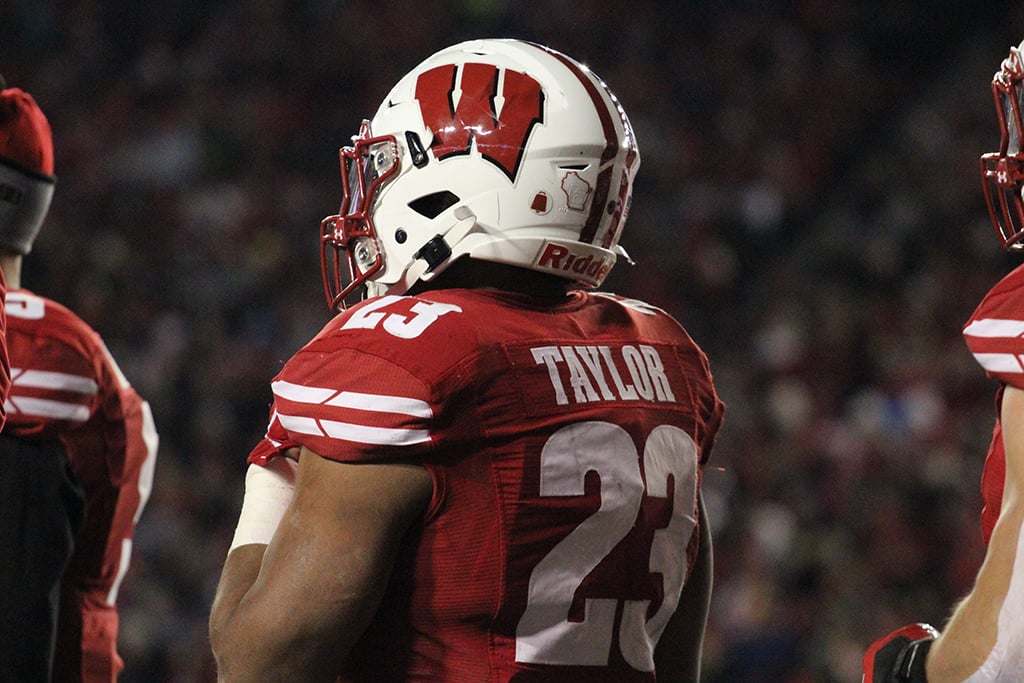 With the NFL season well underway, we continue to wait for the return of our beloved Wisconsin Badgers. It’s time to take a look back at former Badgers who have found success at the professional level.

Taylor played three seasons with the Badgers before declaring for the NFL Draft at the end of his junior season. He will be remembered as one of the best running backs to ever wear the Wisconsin uniform as a two-time Doak Walker award-winner, an award given to the best running back of the season. During his freshman season, Taylor fell just short of 2,000 yards with 1,977, but during his sophomore and junior seasons, he surpassed this mark, joining Ron Dayne and Melvin Gordon as the only other Badgers to do so.

Following his junior season, Taylor was drafted by the Indianapolis Colts with the 41st pick in the 2020 NFL Draft. Following an injury to the Colts top running back Marlon Mack, Taylor has been carrying the ball significantly more. Through three games, he has 48 rushing attempts for 182 yards and two touchdowns, but this is just the beginning of his legacy in Indianapolis as the Colts will look to get him more involved throughout the season as a lead back. 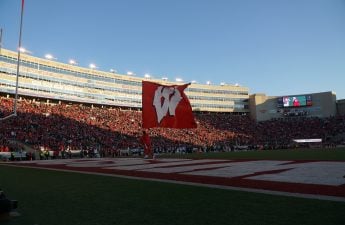 Football: Badgers, Big Ten join AP top 25 weeks ahead of seasonAs the University of Wisconsin begins their season along with the rest of the Big Ten on Oct. 24, they Read…

Everyone knows who Russell Wilson is, and if you don’t, you’re missing out. Wilson came to Wisconsin in 2011 after completing three seasons at North Carolina State. While his three years with the Wolfpack were fairly successful, Wilson’s career began to take off once he got to Madison. Wilson led the Badgers to a 10-2 regular season, as well as a Big Ten Championship and a Rose Bowl appearance against the University of Oregon.

Wilson would go on to get drafted by the Seattle Seahawks with the 75th overall pick in the 2012 NFL Draft. In his rookie season, he led the team to the playoffs and in his second year, Wilson led the Seahawks to a Super Bowl win against Peyton Manning and the Denver Broncos.

Wilson’s career has been severely overlooked by many, receiving a total of zero MVP votes throughout his eight years in the league. This has been a source of motivation for him going into the 2020 season. Wilson has already thrown 14 touchdowns over just three weeks, passing Patrick Mahomes’ previous record of 13 touchdown passes through the first three weeks of a season. On top of this, Wilson surpassed 30,000 passing yards and 4,000 rushing yards over his nine-year NFL career, joining Hall of Fame quarterback Steve Young as the only other quarterback in NFL history to achieve this feat. 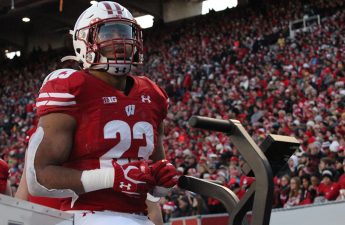 Football: 2020 recruiting class best for Badgers since 2001While Wisconsin has been one of the most dominant teams in college football over the past ten years, their biggest Read…

Perhaps one of the most electric backfield duo’s in Wisconsin Football history consisted of Melvin Gordon and James White in the early 2010’s. White had an amazing career at Wisconsin, rushing for 48 touchdowns through his four years with the program. Gordon on the other hand, finished his career with 49 touchdowns through four seasons, as well as breaking the single game FBS rushing record in 2015 with 408 yards against Nebraska at Camp Randall.

Gordon was selected by the San Diego Chargers with the 15th pick in the 2015 NFL Draft. Gordon spent five seasons with the Chargers, but this offseason he was traded to the Denver Broncos. In Denver, he is currently their top running back while Phillip Lindsey is injured, but when he returns they are expected to split carries. Gordon joins a young Denver offense with quarterback Drew Lock, as well as wide receivers Jerry Jeudy and Courtland Sutton.

White was drafted by the New England Patriots in the 2014 NFL Draft and since then has been an absolute play-maker for the team. White has 32 regular season touchdowns over his five years in the league, as well as three Super Bowl wins.

In recent news, just before the second game of the Patriots 2020 season, news broke about the parents of James White, both of which were involved in a car accident. White’s father passed away in the accident and his mother was left in critical condition. White has not played the previous two weeks as he grieves his loss.

Ingold played four years at Wisconsin, starting his career in 2015 as a running back before making the transition to fullback. During his senior season, Ingold started in 11 games with 26 rushing attempts for 162 yards and six touchdowns. He declared for the NFL Draft following his senior season, but went undrafted.

The Las Vegas Raiders signed Ingold as an undrafted free agent in May of 2019, and since then he has found success with the team. Through his first three weeks in the NFL, Ingold has had two touchdowns and is slowly cementing his place in the Raiders lineup as a pass-catching fullback. 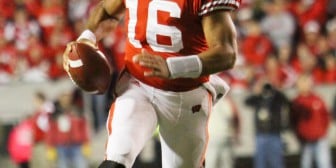 Cephus was a standout receiver for the Badgers, especially during his final year with the team in 2019. Cephus faced some legal trouble during his time at Wisconsin that kept him from playing in 2018, but after being acquitted of the charges he was facing, he found his way right back into the starting lineup. Cephus had 59 receptions for 901 yards and seven touchdowns, ranking him as the seventh most productive receiver in the Big Ten.

Following the 2019 season, Cephus declared for the NFL Draft, where he was selected by the Detroit Lions with the 166th overall pick. Since joining the Lions, Cephus has had six receptions for 97 yards and zero touchdowns. Cephus is playing behind some fierce competition at his position, including Kenny Golladay, Marvin Jones Jr. and Danny Amendola. Detroit will look for Cephus to have a larger role in their offense later in the season, but for now he remains their third or fourth option at wide receiver.