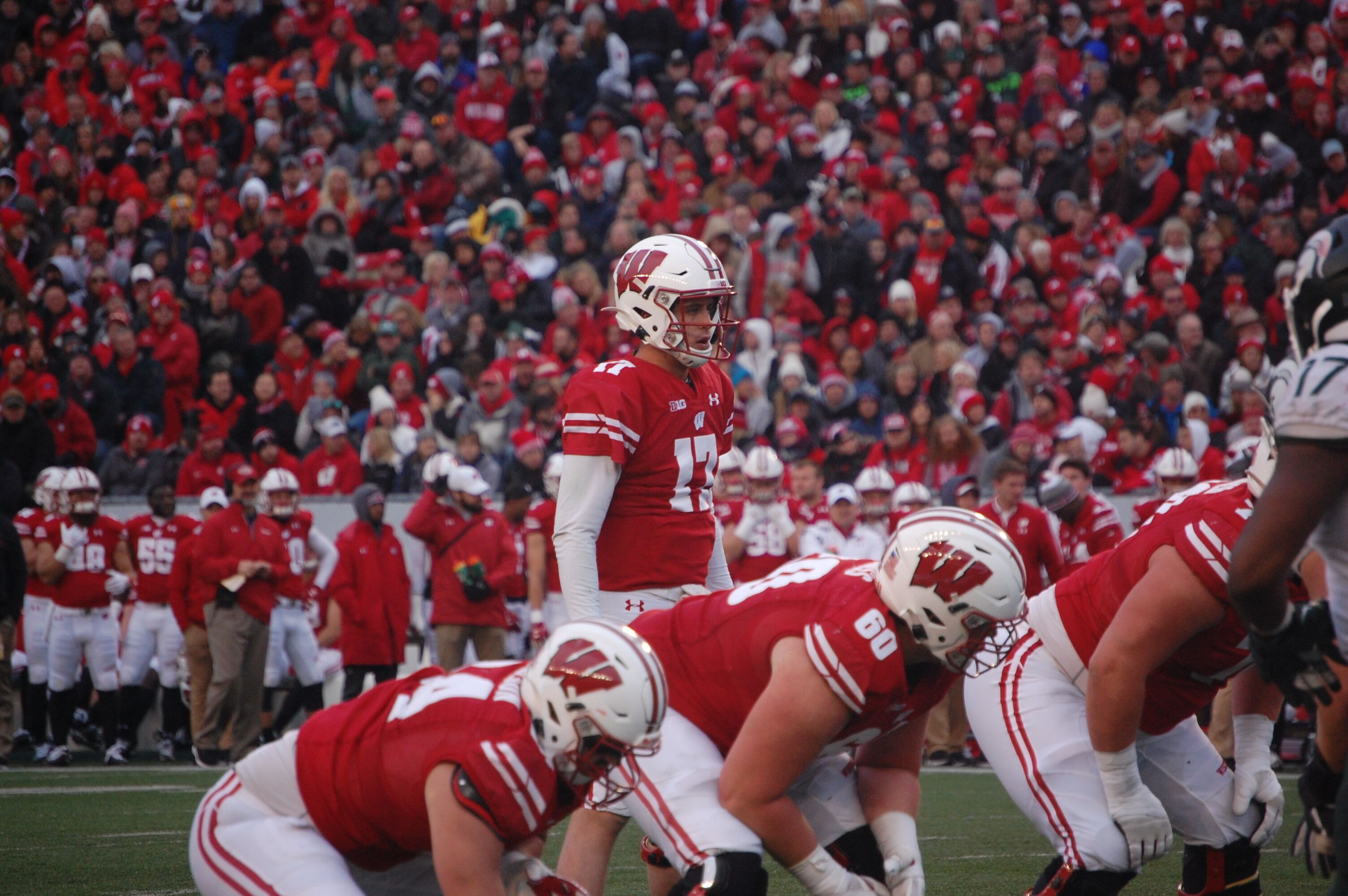 Sunday morning the Milwaukee Journal Sentinel confirmed the rumors that senior quarterback Jack Coan suffered a foot injury during practice and will be out indefinitely.

Coaches and teammates alike have been raving about Coan’s leadership through the first week of padded practices.

“He’s had great purpose in his approach to improving every part of [this season] … I love his approach, he cares about this team,” Head Coach Paul Chryst said in a press conference on Wednesday morning.

Offensive coordinator Joe Rudolph doubled down on Chryst’s remarks during a Friday meeting with the media.

“He is seeing the play call deeper and his anticipation has been really good,” Rudolph said. “That’s been fun because that reflects confidence … His leadership is always outstanding.” 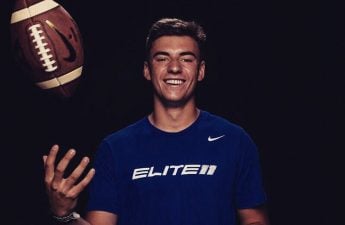 “He’s come a long way as a leader, just the way that he’d been playing,” Groshek said. “Guys know they can look to him for answers or energy because of how consistent he is. He brings the same juice everyday.”

In a Sept. 4 march through the Camp Randall Arch, Coan spoke in front of hundreds of students about the lack of diversity on the University of Wisconsin campus.

“We are all a family, from the coaches to the players, we all love and support each other, have each other’s back and are friends on and off the field,” Coan said.

Coan is the unquestioned leader on and off the gridiron for this Wisconsin football team. 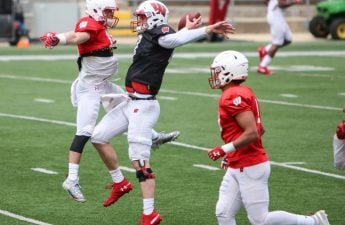 His presence as a playmaker and leader of offense will be sorely missed if he is unable to play by the Oct. 24 start date, a home game against the University of Illinois. Coan is coming off a 2019 season that stacks up against some of the best quarterback campaigns in Wisconsin history. His 2,727 passing yard ranks third all time behind Russell Wilson’s 2011 and John Stocco’s 2005, while posting the third highest quarterback rating in school history.

Coan’s familiarity and experience with senior receivers Danny Davis III and Kendric Pryor, as well as the running back trio of Groshek, Watson, and speed merchant Isaac Guerendo, would have proven paramount to the Badger’s success in 2020.

Expected to replace the Long Island native is redshirt freshman Graham Mertz. Mertz is the highest rated quarterback prospect to attend UW after a legendary career at Blue Valley North High School where he threw for nearly 4,000 yards and 51 touchdowns his senior season. Mertz appeared in the first two games of last season, going 9/10 for 73 yards before redshirting for the remainder of the year.