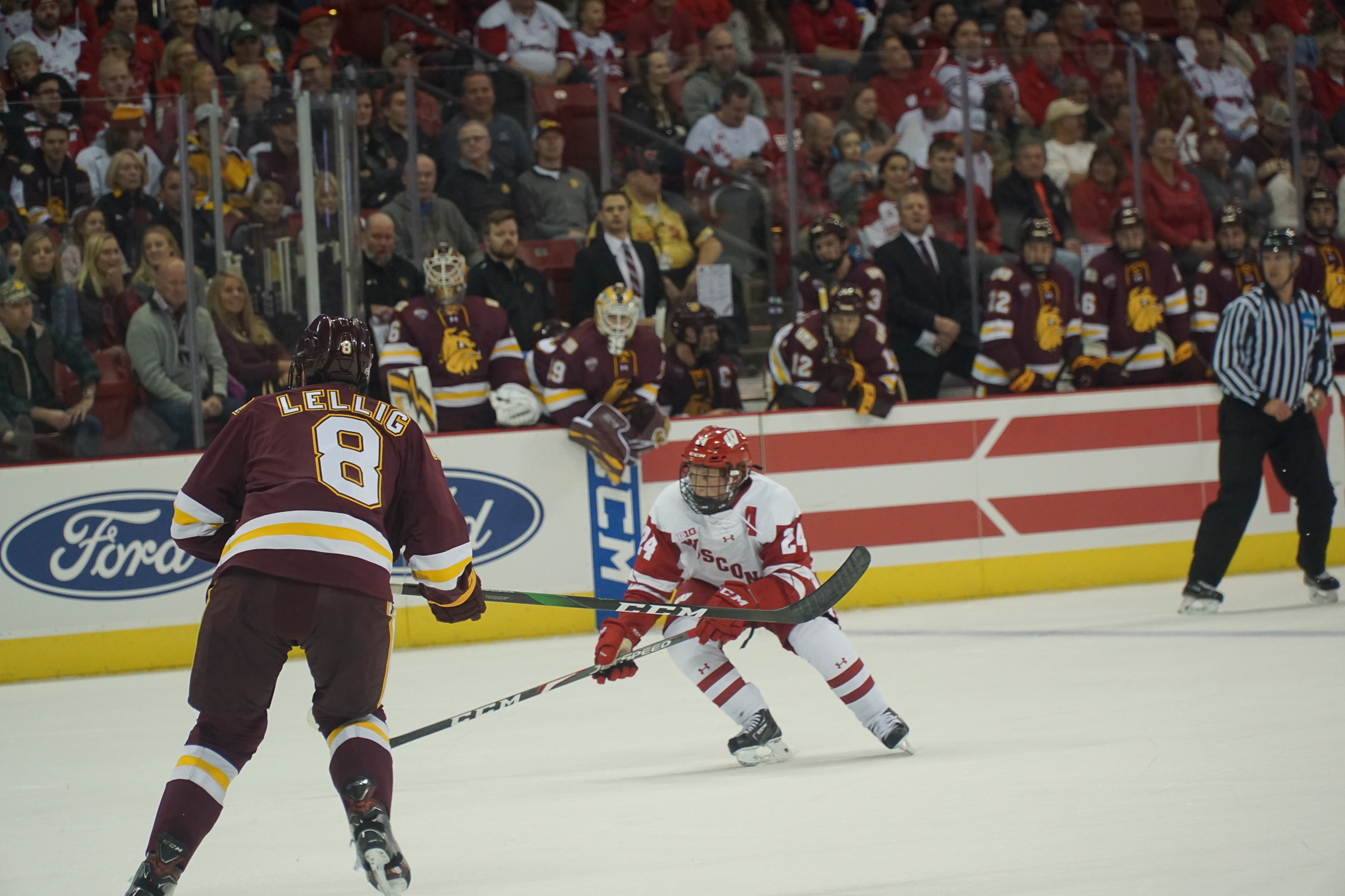 Friday night, the University of Wisconsin Men’s hockey team (14-20-2, 7-15-2-2 Big Ten) entered Value City Arena hoping to continue their recent success and upset No. 10 The Ohio State University Buckeyes (20-11-5, 11-9-4). If the Badgers had managed to pull off the upset, it would have been the second time in two series they found themselves victorious over the Buckeyes.

In a blowout loss Friday night, the Badgers quickly learned — in the blink of an eye — that you can go from winning four games in a row and five of the last six to losing 1–9 in your first playoff game on the road. With struggles all around, no singular position could be attributed as the main reason behind the blowout.

Both teams finished the game with 32 shots on goal and the Badgers finished with more attempted shots at 65 compared to that of Ohio State’s 56. With this being the case, it is easy to point to the goalies for Wisconsin to push the blame. Yet, one could be tricked by only looking at the box score. 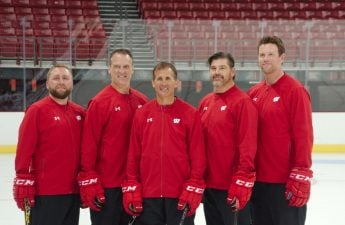 In the second period, for example, the Buckeyes were up 2–0 with mercy absent from their brains. It was clear that last weekend’s losses were fresh on their minds and they wanted to make amends for their struggles as a top-ranked Big Ten team facing off and losing to the worst team in the Big Ten consecutively. The Buckeyes stormed on scoring four goals on 11 shots and ending the period up 6–0.

Senior forward Carson Meyer netted a hat trick in the second period alone as he scored three of the teams’ four goals. What the box score cannot tell you is that Meyer scored two of the three goals in one-on-one situations with Badger goalkeeper Jack Berry.

After pulling Jack Berry and replacing him with Daniel Lebedeff — who couldn’t stop the Ohio State attack very well either with seven saves on 10 shots — it was clear that the problem in the team’s defense wasn’t the goalkeeper. Instead, it was the defense being played in front of them as well as the offensive struggle that hampered the Badgers’ chances.

With no answer other than a late goal by Wyatt Kalynuk in the third period, the continued Buckeye’s dominance resulted in a 1–9 victory. The eight-goal loss was the second-worst playoff loss for the Badgers in the history of its 230 games and the biggest deficit loss in the last 36 years for the team.

Looking to forget the historic loss and prepare themselves for a game with their backs against the wall and season on the line, the Badgers headed back into Value City Arena with a chance to right their wrongs from the night before.

Saturday night the Badgers eyed a major bounce back from the night before in hopes that their season wouldn’t come to an end. Their prayers fell on deaf ears as they suffered a heartbreaking overtime loss by a score of 1–2.

For the third time in the last four seasons, the Badgers’ season ended in an overtime period. This time, because of a misplay by Badger goalie Jack Berry.

Playing the Buckeyes well for the entirety of the game, the Badgers were not able to get the puck past Buckeye goalie Tommy Nappier. He stifled the Badgers’ offense in two of the three periods while also going on to win the game in overtime. Nappier stopped 29 Badger shots, including a shorthanded breakaway shot from Owen Lindmark with only a few minutes left to go in regulation.

With an abrupt end to the struggle of a season, the Badgers emptied the tanks against the Buckeyes on Saturday night, giving them everything they had while trying to extend their season by any means necessary.

They came up just short.