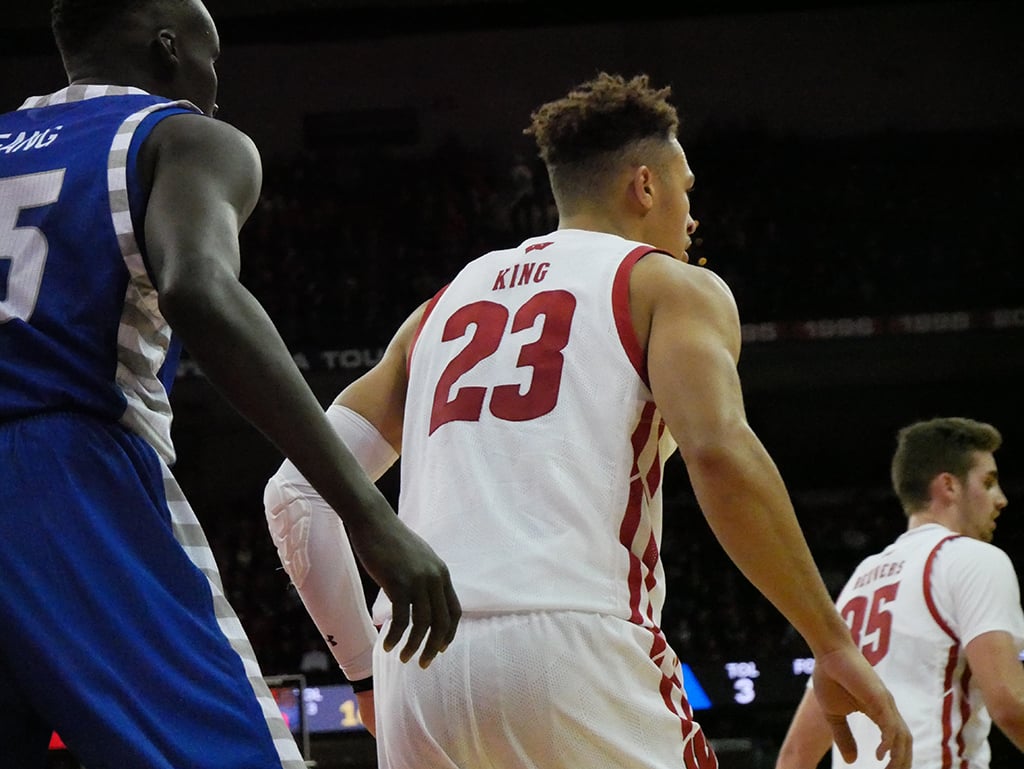 Redshirt sophomore guard Kobe King has announced his intentions to depart the University of Wisconsin men’s basketball program in a statement from the team announced Wednesday afternoon.

Questions were raised among Badger fans about King’s absence from Monday night’s game against Iowa, a game which the Badgers lost 68–62 after blowing a double-digit lead in the second half. 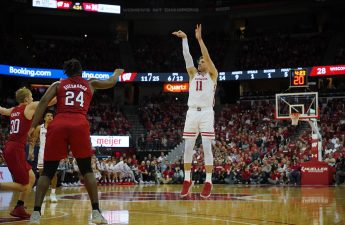 The reason for King’s absence was listed as “personal reasons,” but many speculated that he was considering departure from the program. Coach Gard released a statement following the announcement Wednesday.

“Being a student-athlete in the Wisconsin men’s basketball program is a special privilege and opportunity, and I’m disappointed that Kobe has chosen to leave, particularly at this point in time,” Gard said. “But I respect his right to do what he feels is in his best interest. I wish Kobe all the best.”

Following a successful freshman season in which he only played ten games before suffering a season-ending knee injury, King was granted redshirt status for the 2018-19 season.

King averaged 19 minutes, 4.2 points and 2.1 rebounds as a redshirt freshman across 34 games. He emerged as a leader on the team this season, averaging 28.5 minutes, 10.0 points, 2.8 rebounds and 1.6 assists per game across 19 games as the team’s second-leading scorer.

King’s career with the Badgers will end abruptly, with his last performance occurring in a loss to Purdue last Friday when he totaled zero points, four assists, two rebounds and one block across 28 minutes.

Coach Gard expressed his hopefulness for the remainder of the season despite King’s departure.

“We are a resilient team. I am confident in our staff and players. We are moving forward, fully committed to each other and to achieving our collective goals,” Gard said.

For now, all eyes will turn to how the Badgers react to the loss of King, as it is likely that the team will rely heavily on several other players, including transfer Micah Potter who has played a key role off the bench since being declared eligible by the NCAA at the end of December.

In the meantime, watch for King to transfer to another major basketball program for the 2020-21 season, where he is likely to play a significant role for the remaining years of his eligibility.