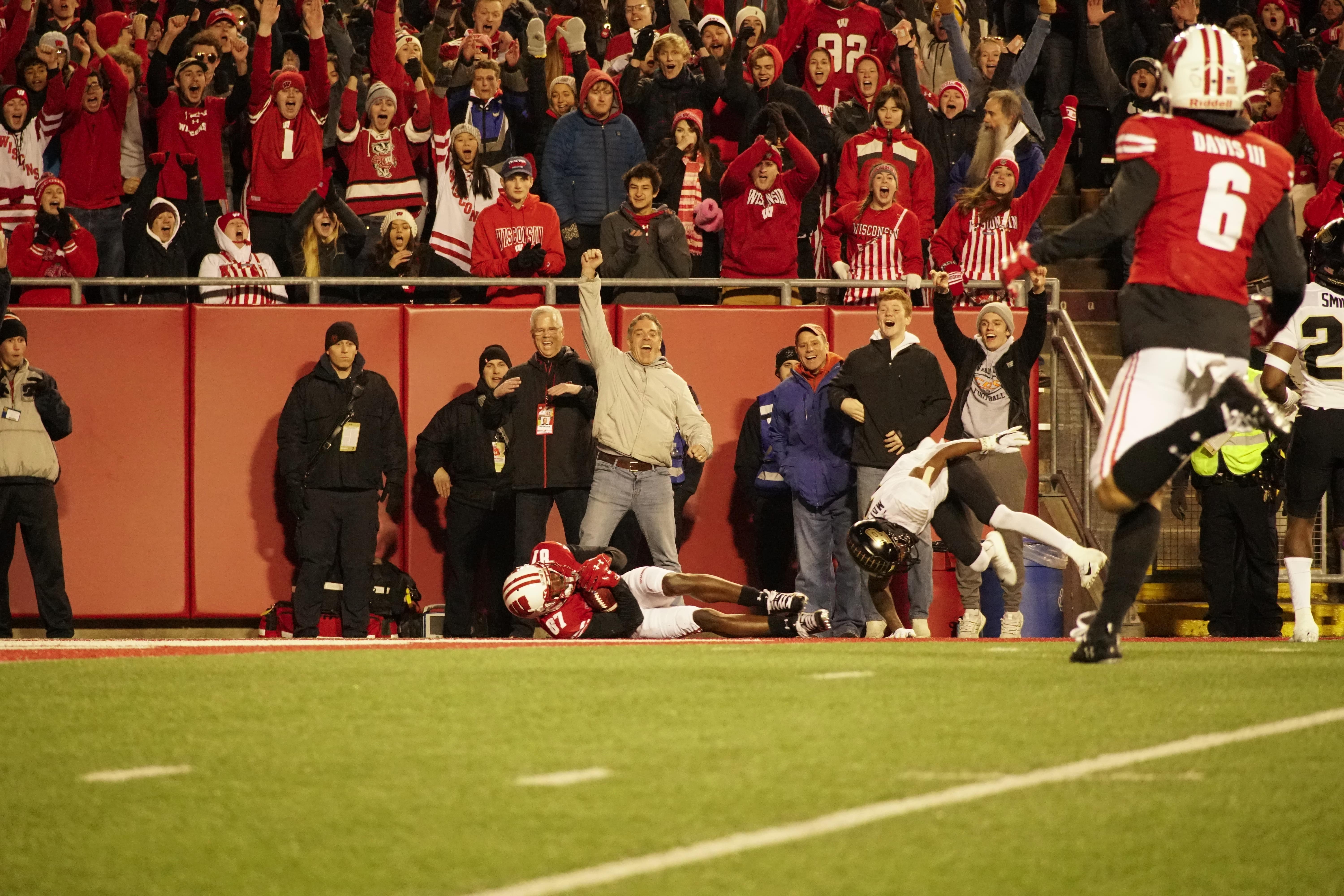 The University of Wisconsin football team (9-2, 6-2 Big Ten) defeated the Purdue Boilermakers (4-7, 3-5) in the final home game of 2019 at Camp Randall Saturday evening.

With Minnesota’s win over Northwestern earlier in the day, the Badgers knew they would need to win in order to remain in the running for a spot in the Big Ten Championship Game against The Ohio State University in December.

The first half of the matchup contained plenty of drama in what most expected to be an easy win for Wisconsin, as Purdue took a lead in the second quarter following a fumble by receiver A.J. Taylor. The Badgers responded on the ensuing drive to retake the lead, 21–17 thanks to a wide-open touchdown catch by receiver Jack Dunn.

Wisconsin then closed the half with an unprecedented decision: a 62-yard field goal attempt by kicker Zach Hintze in his final home game. Hintze drilled the field goal, tucking it just inside the left goalpost and stunning everybody in the process.

With the field goal, Hintze now holds the record for longest field goal in program history and Wisconsin headed into the locker room with a 24–17 lead. Head Coach Paul Chryst expressed confidence in Hintze in that situation.

“Felt pretty confident that he’d get good distance on it, and it was good to get,” Chryst said.

Junior running back Jonathan Taylor — in what may have been his final home game as a Badger — had a fairly average first half with 114 yards on 11 carries, including a 51-yard touchdown run. 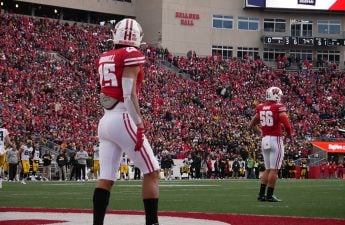 Wisconsin came out of the locker room with extra energy following the field goal, as safety Eric Burrell picked off Purdue quarterback Aidan O’Connell on a deep pass. The Badgers drove down the field on the ensuing possession, completing a 95-yard drive that featured only rush plays and ended in a touchdown.

Wisconsin never let up from then on, as both the offense and defense succeeded throughout the half. The Badger defense prevented Purdue from getting anything going on offense, while the offense ran over the Boilermaker defense.

Despite finishing with four turnovers in the game via one interception and three fumbles, the Badgers prevailed in their final home game of 2019, 45–24.

Taylor finished with 222 rushing yards and one touchdown, but he also accounted for two fumbles. Taylor’s 200-yard day was his third straight game with 200 yards and his third such performance against Purdue in his career.

Quarterback Jack Coan had an impressive game himself, going 15-for-19 for 203 passing yards with two touchdowns and one interception. Chryst rolled out the wildcat offense throughout the game, and it mostly worked to perfection.

“It gives you another gap to have to defend,” Chryst said. “It certainly gave us another option tonight.”

The Badgers managed to pull through in a game that was a bit closer than most would’ve liked, but a win is a win. Wisconsin will have a chance to not only make the Big Ten Championship Game but also to avenge last year’s loss against Minnesota and take back Paul Bunyan’s Axe. That game will kick off at 2:30 p.m. at TCF Bank Stadium in Minneapolis.