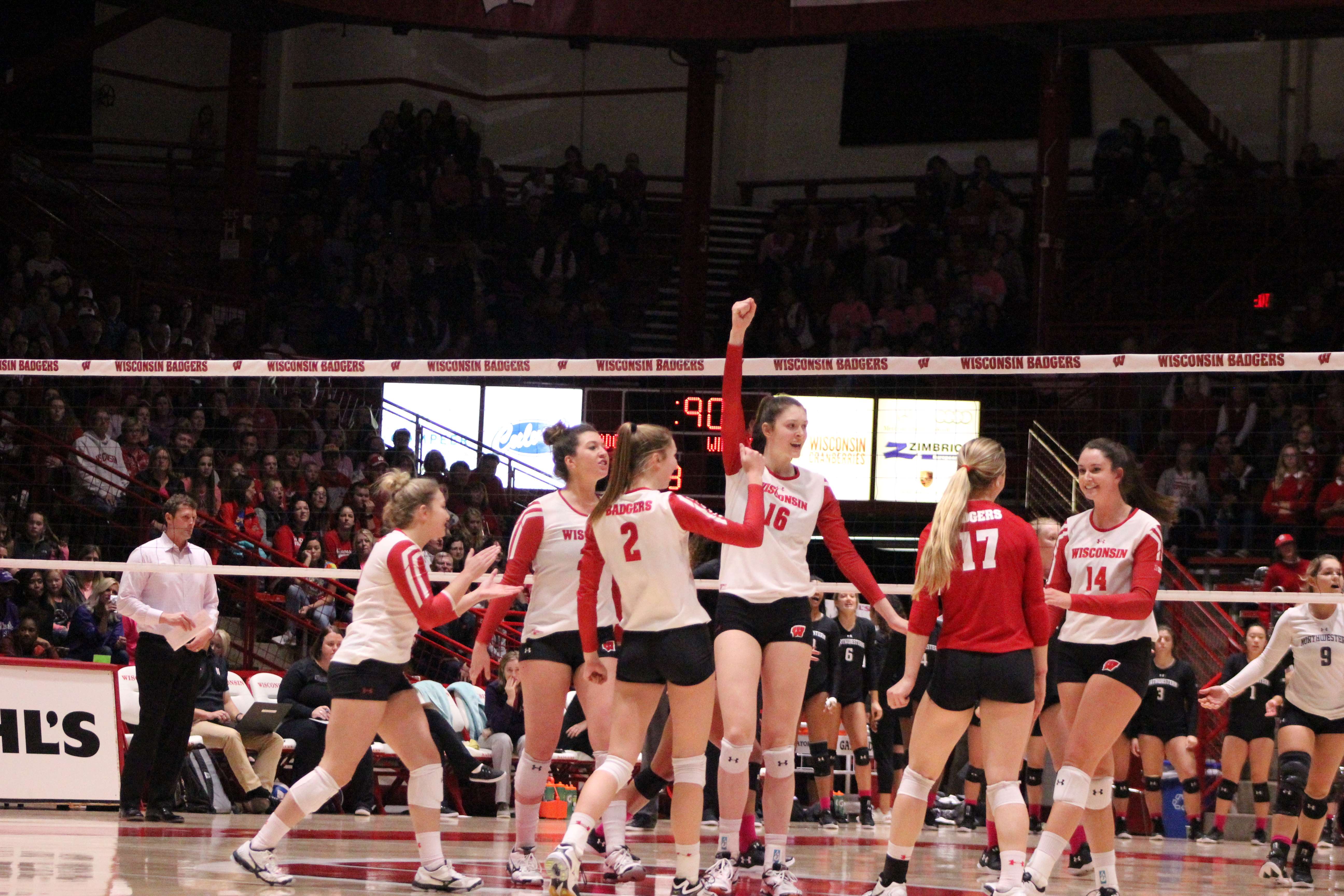 Following back-to-back wins over top-five opponents, the University of Wisconsin volleyball team (10-4, 6-0 Big Ten) could have taken their foot off the gas and dropped a couple sets or even a match this past week.

The No. 6 Badgers swept both the Northwestern Wildcats (9-9, 0-6) and the then-No. 6 Minnesota Golden Gophers (11-3, 5-1) this week thanks to their suffocating defense and a varied offensive attack.

Early non-conference losses forced Wisconsin to revitalize every area of their game at the start of Big Ten play. In their last six games, the Badgers have faced four ranked teams and only dropped one total set to them.

Wisconsin was able to breathe Wednesday with their contest against Northwestern who is winless in Big Ten play.

The Badgers’ five top hitters all chipped in seven or more kills — none of them notched more than 11. Junior setter Sydney Hilley kept the Northwestern defense off balance all night long, following her AVCA National Player of the Week honor from the week prior. 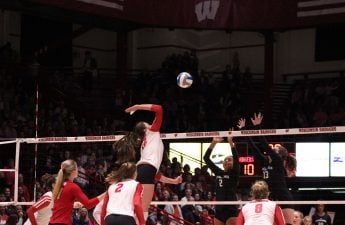 Northwestern remained close in the first and third sets thanks to the impressive freshman outside hitter Temi Thomas-Ailara. She hammered 17 kills against the Badgers and is currently second in the Big Ten for kills/set.

As the schedule rolled to Sunday, the Badgers faced yet another ranked team—Minnesota. The Golden Gophers had dominated this matchup for the past 10 years, winning 18 of the last 20 contests.

But the Gophers were without starting setter Kylie Miller. She had missed four games prior to the match with a concussion.

Her departure proved significant as the Badgers feasted on offense with backup setter Bayley McMenimen at the net.

McMenimen, the 5-foot-9 sophomore, struggled to make much of an impact at the net leading to Badger hitters facing primarily one effective blocker during her turn at the net.

Rettke and outside hitter Molly Haggerty led the Badger attack combining for 28 kills.

The Badger defense smothered Minnesota in the first two sets, holding them to a combined .055 hitting percentage. Wisconsin allowed the Gopher offense to explode in the third set with a .429 hitting percentage, but the Badgers hit even better with 22 kills at .462. 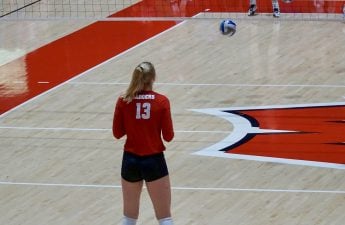 The performance at the service line continued to impress as UW tallied eight total aces from six players.

The win over Minnesota, along with a Michigan loss to Nebraska, sealed Wisconsin’s spot atop the Big Ten standings – a place that seemed uncertain after a shaky start to the year.