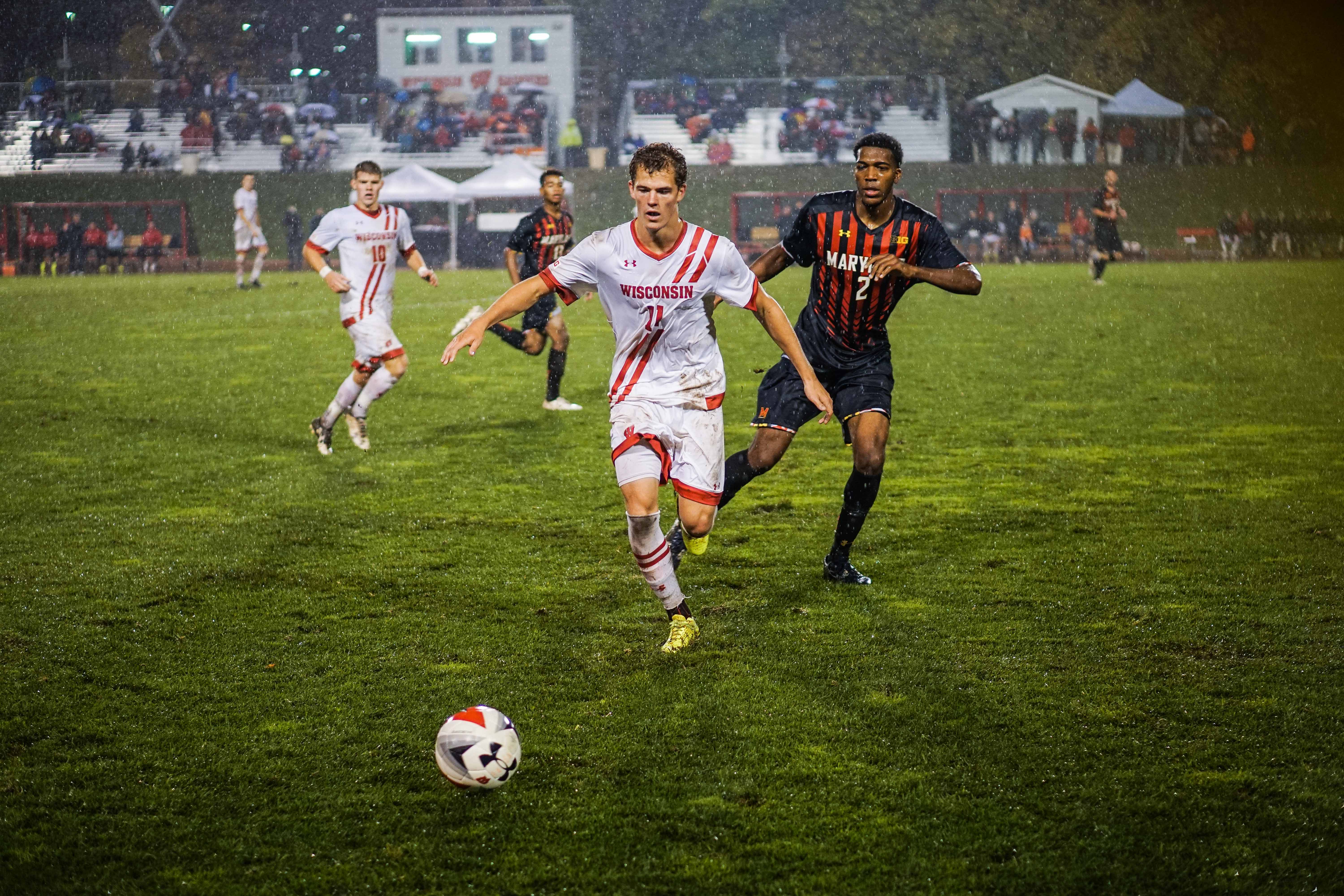 The University of Wisconsin men’s soccer team (2-6-1, 0-0-1 Big Ten) backed into Friday’s contest against Maryland (4-3-1, 0-1-1), having lost four straight games with only a single goal scored throughout the slump.

The reigning national champs came to the McClimon Soccer Complex, and the Badgers fought through rain to force a double overtime draw — the score line 0–0. 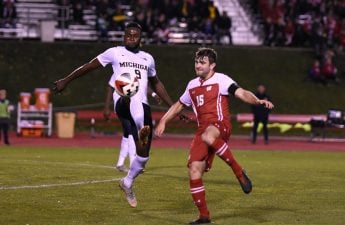 Wisconsin was desperate for momentum following a losing streak that appeared, on paper, to have eliminated the high hopes for the team coming into 2019.

The Badgers were met with immediate adversity however, as the Terrapins — Terps for short — applied early attacking pressure, getting 12 shots off and forcing goalie Dean Cowdroy to defend multiple set pieces.

Cowdroy once again provided first-half heroics, recording six saves and keeping the Badgers level, despite a limited offensive presence — now the official Achilles heel of this Wisconsin team. The Badgers also struggled to control the ball and were dominated in possession time through the first 45 minutes. 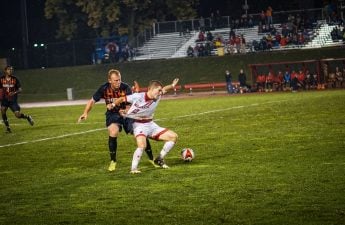 The second half saw the Terps down to 10 men, as a red card in minute 40 for Malcolm Johnston meant the Badgers had player leverage the rest of the way.

Wisconsin capitalized on the advantage, recording 11 shots to Maryland’s five and balancing the flow of possession in the second half. Cowdroy tallied three additional saves in the second frame to keep the outnumbered Terps from seizing the lead.

Then came the rain. Officials determined conditions were not sufficient for play to continue and suspended action for an hour and a half as overtime loomed. Both teams receded to the locker rooms and prepared for extra time. 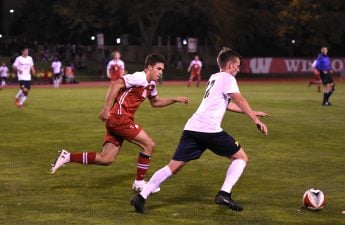 After 90 minutes of play and another 90 of delay, the score remained level at 0–0. The two sides tiptoed through the opening period of OT but still failed to produce a goal. After zero shots were attempted, another period was necessary.

Wisconsin managed two shots to Maryland’s one in the second overtime, but ultimately the conditions and strong defensive play ensured the outcome remained even at zero goals a piece.

Though the Badgers only managed a draw on Friday, a result like this could be crucial for momentum as the remaining conference games approach.

This marks the second year running in which the Badgers have played an otherwise formidable Maryland team surprisingly well, as they upset the Terps last season en route to an impressive regular season. Moving forward, Wisconsin will hope to use the result to catalyze their attacking half and mimic the run of success from last season’s campaign.

The Badgers’ next test will be at in-state rival UW-Milwaukee (4-5-0, 1-2-0 Horizon), before Big Ten play resumes Oct. 6 with opponent Michigan State.