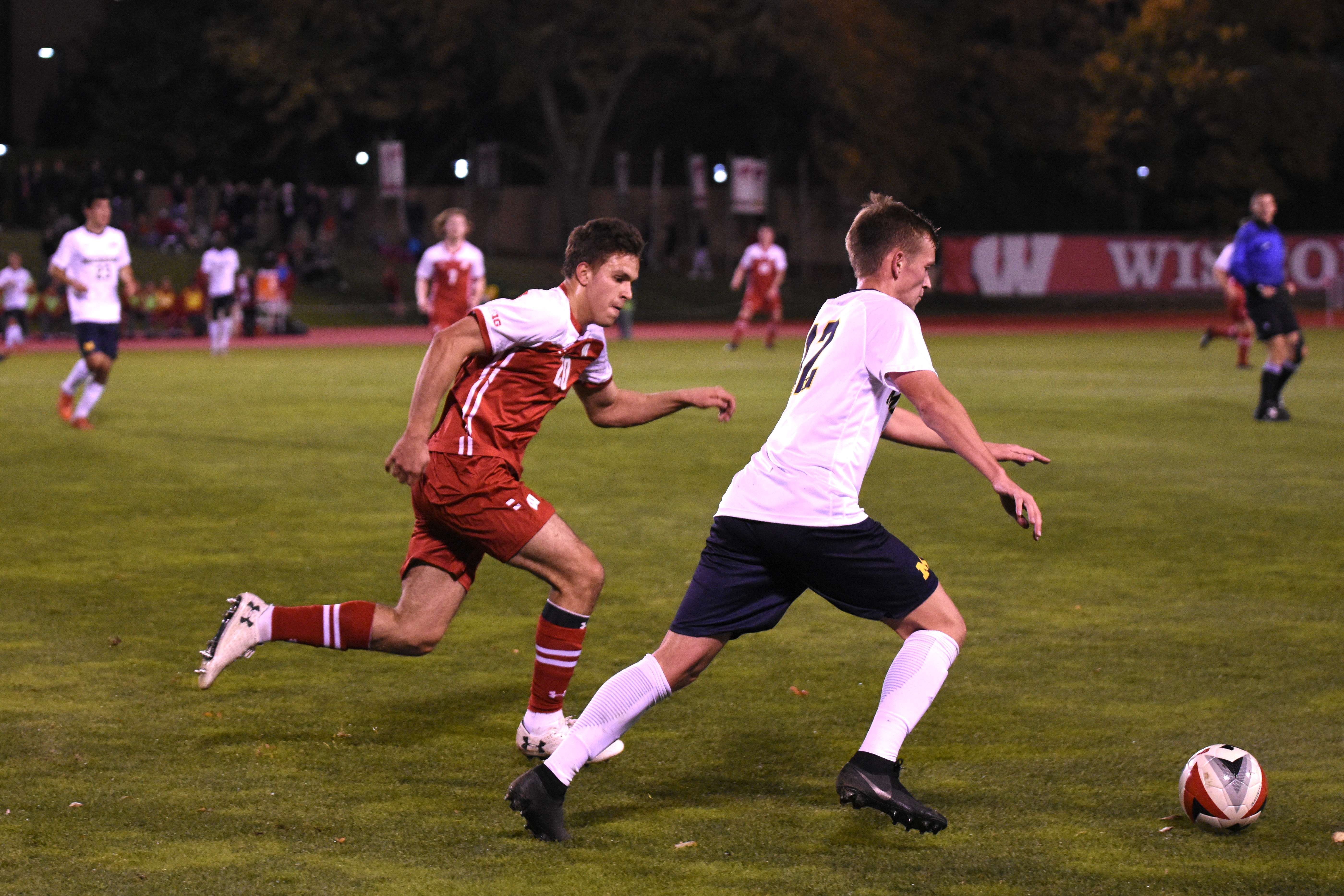 The Badgers men’s soccer team managed to capture their first win of the season this past Sunday at home against the University of Alabama at Birmingham.

After a disappointing loss in their season opener against UC-Davis, Sunday’s win provided a crucial step in the right direction as they now move to take on Bowling Green State University and Lehigh University this weekend.

In their season opener, the Badgers’ attack fumbled throughout the entirety of the match as they failed to record a single shot on goal. 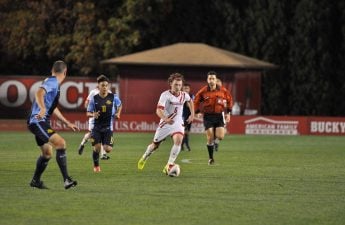 Men’s soccer: After losing key seniors, Wisconsin still looking to competeAfter ending last season on such a high note, the University of Wisconsin’s men’s soccer team is coming into this Read…

The Badgers’ forward play saw marked improvements Sunday on their way to a 2–1 victory over UAB. Senior captain Noah Leibold recorded the opening goal of the season for the Badgers at just the five-minute mark in the first half.

More importantly for the victory, senior goalkeeper Dean Cowdroy recorded his second strong performance of the season as he saved four of the five shots put on target by UAB.

UAB managed to put more shots on goal than the Badgers once the game reached its conclusion. Sunday, Cowdroy made all the difference for the Badgers.

Cowdroy will be tested again against BGSU during the Badgers’ first competition this weekend. Even with a 1-1 record, the Falcons managed to put seven shots on target in each of their opening two games.

More specifically, forward Chris Brennan is the main threat that must be answered if the Badgers are to shut down an explosive Falcon offense. Brennan fired off a grand total of 10 shots in just his first two games of the season. Three of those shots were on target and one of them found the back of the net to give the Falcons a commanding lead against Robert Morris University. [kind of confusing–what’s the difference between finding the target and hitting the back of the net? end of sentence is also run-on ish]

Cowdroy carried much of the weight of those opening games on his own shoulders as the Badgers struggled to match their opponents’ offensive production.

They will look to senior captain Leibold to build upon his recent offensive success against upcoming opponents BGSU and Lehigh. Leibold was the fourth-leading scorer for the Badgers last season, and the only returning players who placed above him were sophomores Noah Melick and Andrew Akindele. 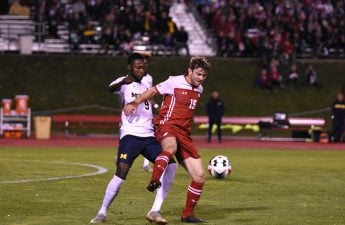 Akindele provided an assist to the Badgers’ second goal of the game against UAB and Melick got off two of the eight shots fired at UC-Davis in their opening loss.

If the Badgers are to relieve some of the pressure that hung over Cowdroy’s head in these first two games, then they will be forced to ramp up their offensive production as they get ready to take on BGSU and Lehigh this weekend.

Look for Leibold, Melick and Akindele to constitute the bulk of this all-too-needed offensive production as their season progresses through its opening phases.