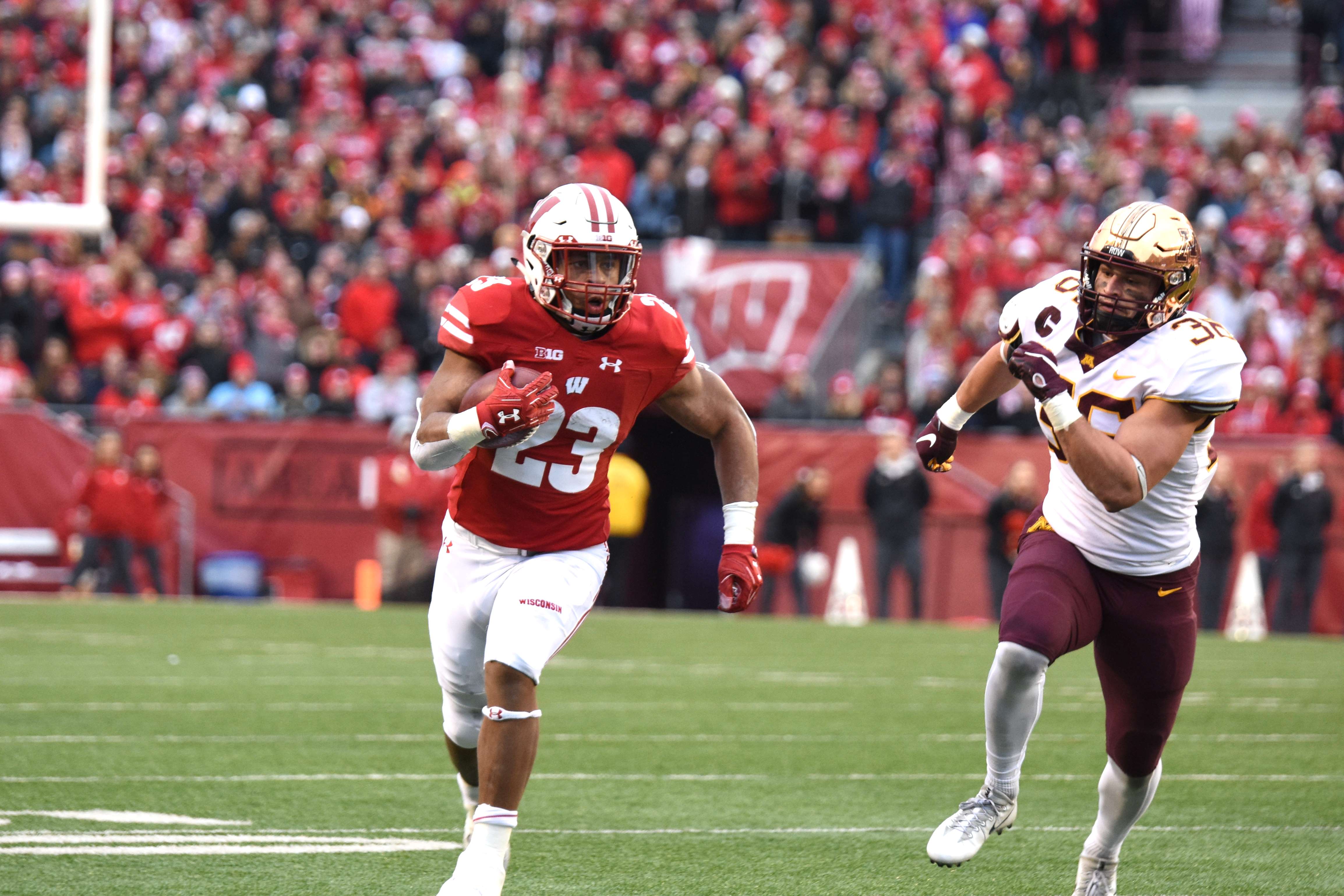 The Wisconsin Badgers started their season Friday night with a statement 49–0 victory against South Florida.

In peak Floridian conditions, conditions Head Coach Paul Chryst’s team will rarely play in this season, the Badgers looked like their 2017 selves and appear to have put a sub-par 2018 season behind them.

Here are five takeaways from the victory, and one area where the team can improve going into week two’s bout against Central Michigan.

First, arguably the main reason the Badgers struggled a year ago was their porous run defense. After allowing only 98.4 rush yards per game in 2017, Defensive Coordinator Jim Leonhard’s unit allowed a whopping 155.4 rush yards a year ago.

Friday, 2017 form appeared to return, as the Badgers conceded only 26 yards on the ground and sacked the opposing quarterback four times including one that resulted in a fumble return for a touchdown.

The leaders behind Friday’s defensive line production? Defensive ends Zach Baun and Matt Henningsen. Baun recorded a sack, a forced fumble, three total tackles and was in the backfield seemingly every play. Henningsen recovered Baun’s forced fumble for a touchdown, recorded a sack of his own and had three tackles.

Another clear takeaway from the game is that Scott Nelson struggles in coverage. Leonhard lost team leader and ultra-productive safety D’Cota Dixon after last season to graduation. With Dixon gone, sophomore Scott Nelson became the go-to safety in Leonhard’s secondary.

Nelson is a hard-hitting, ultra-athletic safety who tackles well and is valuable in the back end of Wisconsin’s defense. During Friday night’s game, however, Nelson’s coverage skills left more to be desired.

Nelson finished the game with four total tackles and one pass breakup. The breakup came on a deep ball that was dropped by the USF receiver before Nelson came in and finished the job. A few other plays over the middle where a USF receiver broke free and Nelson was a few steps too slow to contest the pass happened as well. While he was never badly beaten deep, being a few steps slow against talented teams like Michigan and The Ohio State University will prove costly. 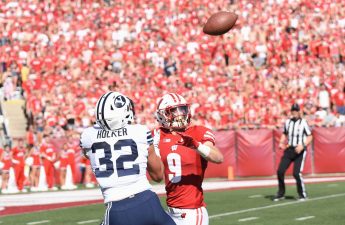 Overall, Leonhard’s secondary looked good on Friday, but they did get bailed out by several USF drops. If Nelson can improve in coverage and solidify Leonhard’s back end, the defense will become about as complete as a Wisconsin defense can be.

Third, and perhaps most importantly, Jonathan Taylor is still Jonathan Taylor. This sounds like a broken record at this point but Taylor dominated the USF defense in every way imaginable.

His night ended in the third quarter with 16 carries for 135 yards, an average of 8.4 yards per carry, two rushing touchdowns, two receptions for 48 yards and two receiving touchdowns. Taylor also looked impressive in backfield blocking, a valuable skill which is often overlooked by football fans.

Little more can be said about Taylor aside from that he will be in the Heisman conversation as the season progresses. Despite his talent, he will have a tough time winning it with quarterbacks like Oklahoma’s Jalen Hurts, Clemson’s Trevor Lawrence and Alabama’s Tua Tagovailoa dominating for their respective teams.

Fourth, Quintez Cephus adds a new dimension to the offense.

Having Cephus back is huge for Chryst’s offense.

On Friday, only about a week removed from being reinstated by the university and by the team, Cephus’ presence was already felt within the offense.

Cephus ended the night with three catches for 39 yards, the longest one going for 17 yards. A yards-per-catch average of 13 is what Chryst needs to stretch the defense and take pressure off Taylor. Cephus’ night also would’ve been far more impressive on the stat sheet had quarterback Jack Coan found him on two wide-open deep balls early in the game. 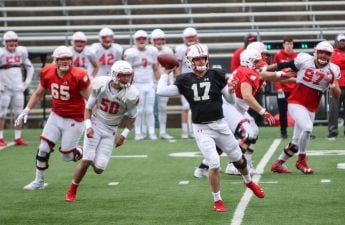 Though they faced a horrid South Florida defense, the unit opened wide-open holes for Taylor all night and did more than enough for Coan to be comfortable in the pocket and get the ball away.

Outside of the five positive takeaways, it remained clear that Coan’s deep ball has room for improvement.

Coan looked good overall in his 2019 debut. After two years of Hornibrook struggling to read defenses and make necessary plays, Coan managed the game well and helped the offense put points on the board and convert on 50% of their third and fourth down conversions.

What Coan struggled to do was connect with Cephus on two wide-open deep balls that could have turned into touchdowns. Yes, it was Coan’s first start of the season, but plays like the two to Cephus need to be made when Michigan comes to Madison on September 21.