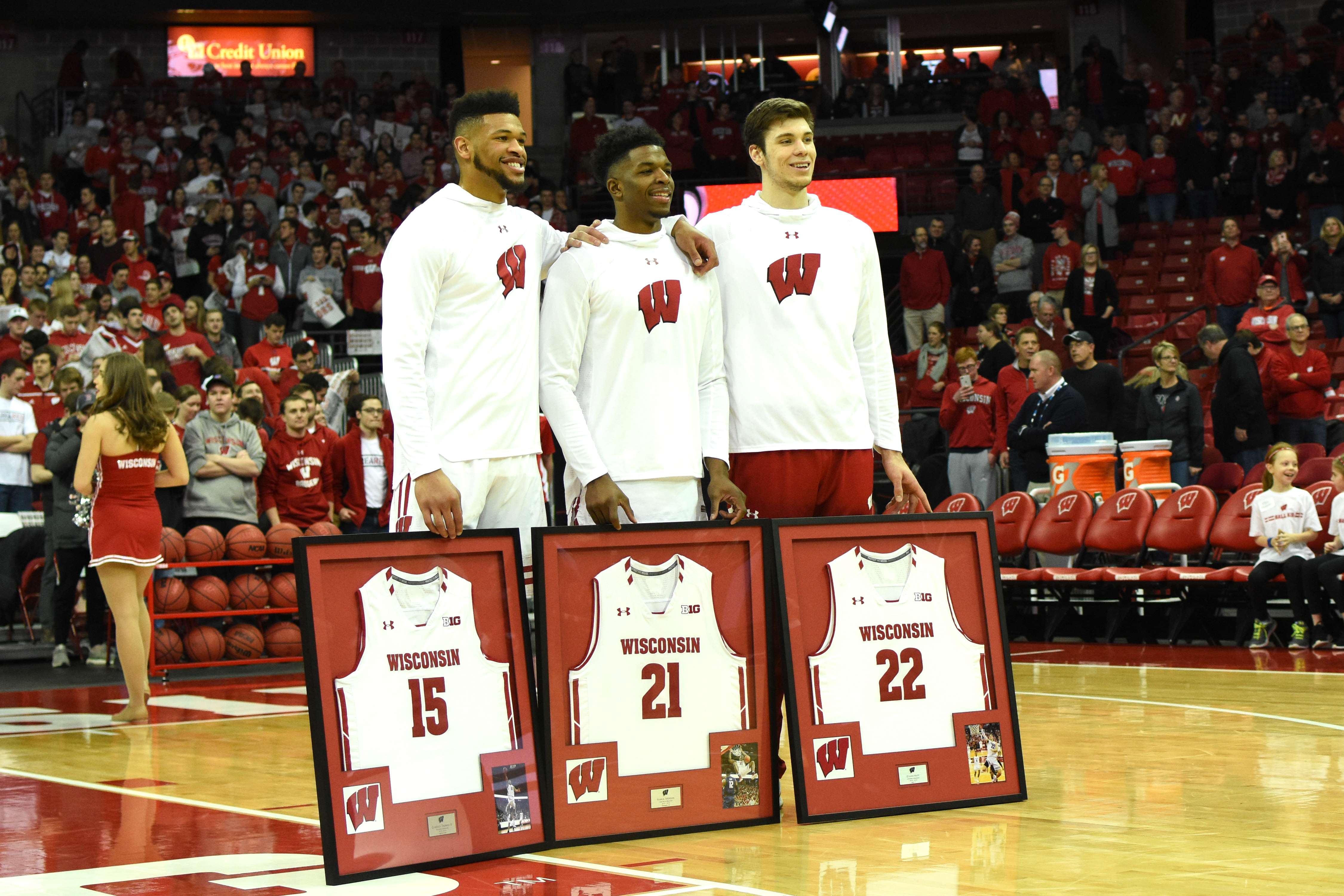 In the Badgers’ final home game of the 2018-19 season, Wisconsin fans said their farewells to seniors Charles Thomas IV, Ethan Happ and Khalil Iverson, as the Badgers dominated on both ends of the floor to finish the season 12-3 at home.

Wisconsin opened the scoring on their second possession courtesy of Iverson, who bolted past the defense for an emphatic dunk to give Wisconsin an early lead. The Badgers went on to score nine second-chance points before the 9:00 mark in the first half, all of which were part of a 12–2 Badger run that gave them a seven-point lead. 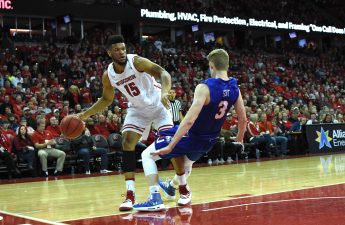 Men’s basketball: Happ, Iverson, Thomas take on Iowa in Kohl Center finaleIn what will undoubtedly be an emotional night for players, coaches and fans alike, the University of Wisconsin men’s basketball Read…

The Badgers finished the first half with a 31–22 advantage. Iverson and sophomore Aleem Ford each had seven points at the half.

In the second half, Wisconsin stayed hot, making five of their first six shot attempts to create a 16 point lead, eventually stretching their lead to 53–30 thanks to a 20-6 scoring run that put away the game for Wisconsin.

Wisconsin’s rebounding proved to be a critical difference, as they outrebounded Iowa 49-29 as a team. The Badgers also had 15 offensive rebounds to Iowa’s seven, and they outscored the Hawkeyes 23-7 on second-chance opportunities.

Happ and Iverson closed out their Kohl Center careers in style. Happ finished with 21 points and 14 rebounds, while Iverson also posted a double-double, scoring 11 points to go along with 11 rebounds. Ford contributed nine points and five rebounds in the winning effort. 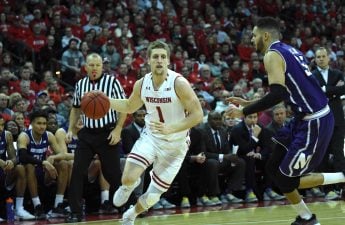 Iowa’s poor offensive night was led by juniors Jordan Bohannon and Ryan Kriener, who each finished with eight points. Iowa shot just 18-for-59 as a team — a season-low — including 5 of 22 3-point shooting.

Wisconsin will close out the regular season on the road against Ohio State Sunday afternoon in Columbus. The game will tip-off at 3:30 p.m. and can be watched on CBS or listened to live on The Badger Radio Network.