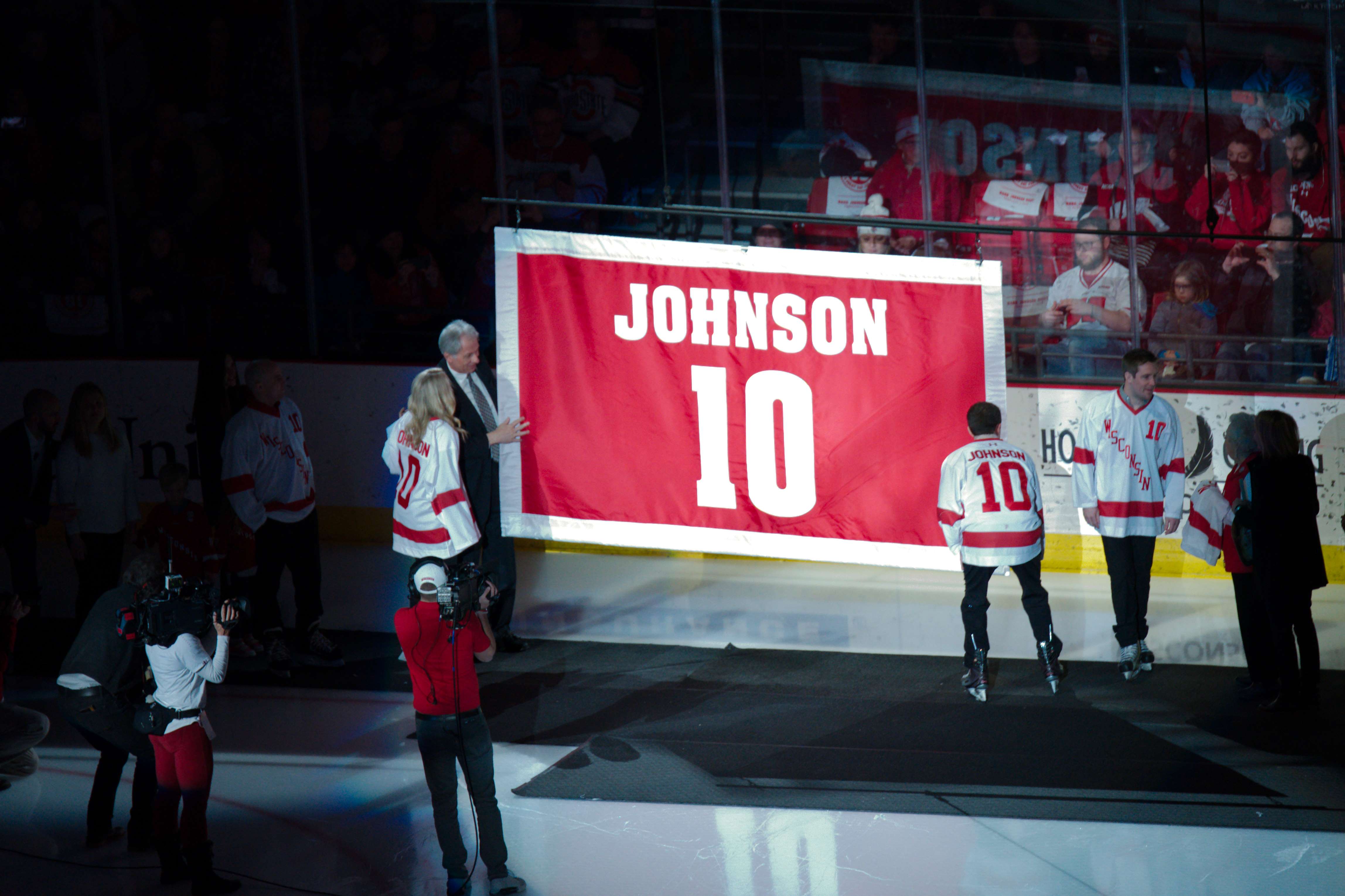 Thousands of Wisconsin fans packed the Kohl Center last Saturday night as the University of Wisconsin’s men’s hockey team was set to square off against No. 2 The Ohio State.

As the Badger men’s hockey team has played inconsistently through the season, a near sold-out Kohl Center was something they weren’t always used to.

But there was no surprise in the number of fans that poured into Madison to witness the retirement of Johnson’s number — arguably one of the most remarkable moments in the history of the University of Wisconsin Athletics Program.

There is no doubt that Johnson, the greatest goal scorer in Wisconsin history, a national Olympic hockey hero and currently the winningest coach in the history of Wisconsin women’s hockey, has set the bar to unimaginable heights for the program and its players.

Johnson was honored Feb. 8 with the retirement of his number 10 jersey that he wore during his undergrad years at UW.

Among Wisconsin hockey fans, there is no doubt that if there were to be a number hanging from the rafters in the Kohl Center, it should be Johnson’s.

Johnson brought the Badger hockey program success during his undergrad years and continued his winning ways throughout the rest of his life as a player and a coach.

He is best known for playing a critical role during the 1980 Olympic Games in Lake Placid.

The U.S. vs. Russia game, otherwise known as the “Miracle on Ice,” will forever be etched into the minds of Americans and hockey fans everywhere.

It is currently recognized in the U.S. Hockey Hall of Fame as “one of the greatest sporting events of all time.” 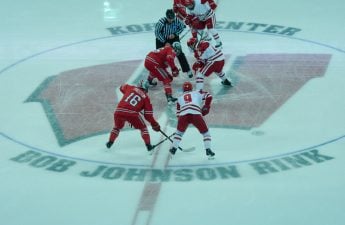 Men’s hockey: Wisconsin seeks upset, revenge on road against No. 15 Notre DameComing off of a tough weekend series against Ohio State, the University of Wisconsin men’s hockey team (9-14-5, 5-8-5 Big Read…

Coming down to the final seconds of the game, the U.S. pulled through with a victory, allowing them to advance to the final against Sweden and later seize the title as gold medalists and Olympic champions — a true miracle for this team.

Not only did Johnson earn this outstanding achievement as a young undergrad, but he also went on to play professionally in the National Hockey League, and eventually retired to return back to his hometown of Madison and coach for the women’s hockey team.

Passing on his Olympic legacy, in the 2018 Olympic Games, the U.S. women’s hockey team featured some of Johnson’s stars throughout his coaching years at Wisconsin, such as Brianna Decker, Emily Clark, Ann-Renee Desbiens, Megan Duggan, Sarah Nurse, Alex Rigsby and Becca Ruegsegger.

Currently, as head coach of the University of Wisconsin women’s hockey team, Johnson leads the No. 2 Badger team and has four national championships and twelve frozen four appearances on his resume.

Johnson’s jersey retirement ceremony was held prior to the men’s hockey game against The Ohio State University Feb. 8, and the Kohl Center was roaring with excitement.

During warm-ups, the Badger players all wore jerseys with Johnson’s number 10 on the back. He later signed the jerseys and auctioned them off, with any proceeds benefitting the Carbone Cancer Center.

After the heartwarming introductions and remarks from Johnson’s former teammates from high school, UW and even the USA hockey team, the Badger men’s hockey team presented Johnson with a special gift.

Freshman Ty Emberson — playing the whole season wearing number 10 — appeared on the ice, presenting his current jersey to Johnson. Emberson switched his number mid-season to number 21 to show his complete respect for Johnson and to thank him for all the contributions he has made to the program. 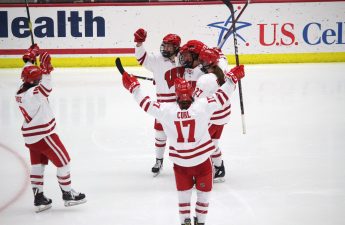 Immediately after, the fans grew silent as Johnson’s daughter, Megan, appeared on the big screen to introduce her siblings as they presented the No. 10 banner.

Johnson then took the stage and said a few adorning words to the Badger fans that packed the Kohl Center that night.

He thanked all the people who were a part of his journey and still playing a huge role in his life. He also thanked his own women’s hockey team for their near blowout victory against Minnesota State earlier that day.

Johnson talked about the lasting legacy that Madison helped create for him as he grew up in the area. He was a true “stick boy,” and shared how several of his idols growing up played right here in Madison.

He discussed how his father helped him create his legacy. As a multi-sport coach, Johnson was privileged to have a glimpse of coaching first-hand.

“It gave me an opportunity to appreciate hockey and the understanding [that] if you wanted to become a good player you need to work,” Johnson said.

Johnson also shared his love for the game between his family and peers, mentioning Dave Peterson, his high school and Olympic coach, and friends Grant Standbrook and Bill Howard as his inspirations.

In the eyes of the Badger faithful, there is no doubt that Johnson has earned a spot as a legend and fully deserves his number to fly high every night in Madison.