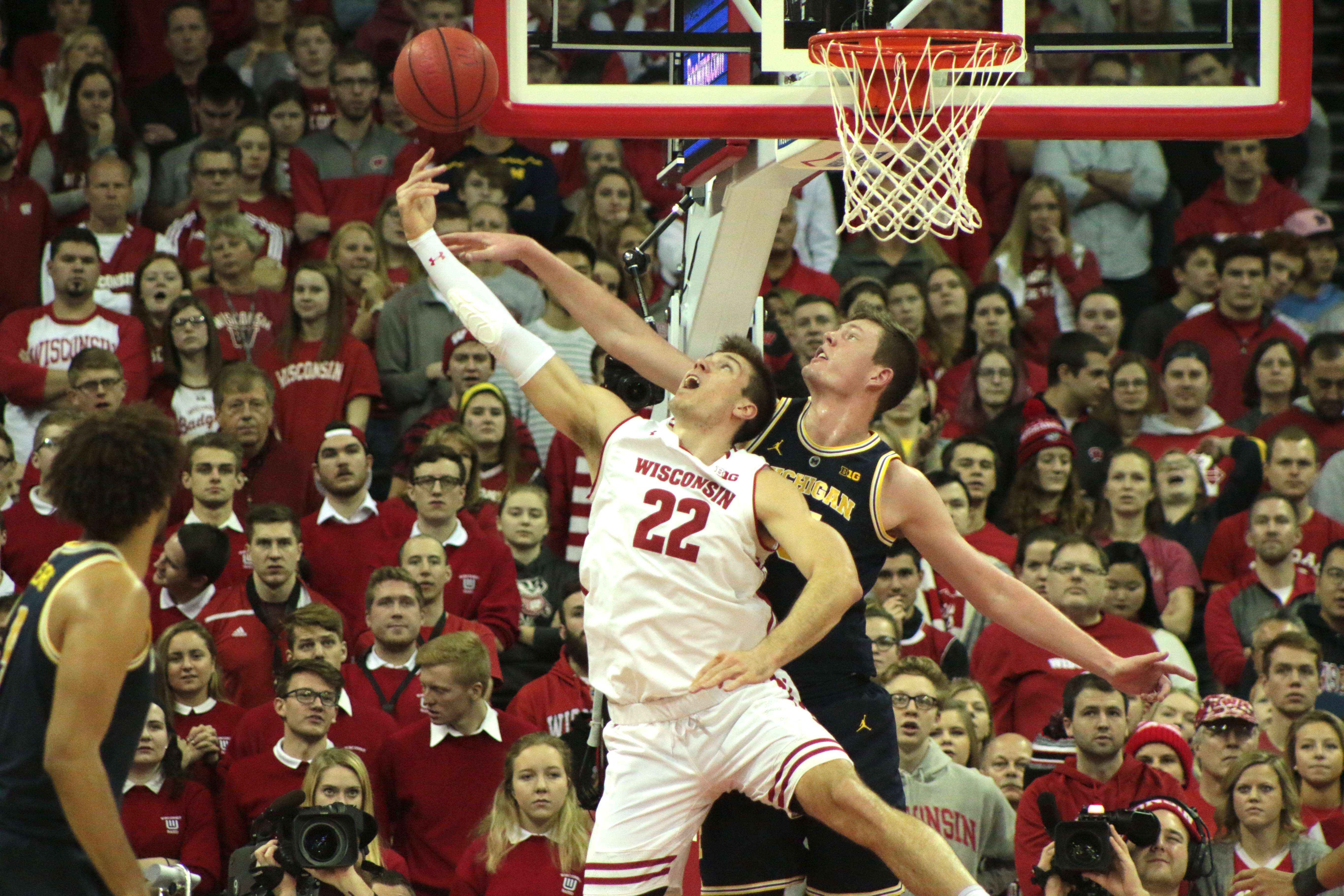 The University of Wisconsin men’s basketball team (12-6, 4-3), fresh off a dramatic upset of No. 2 Michigan, is getting set to take on the Illinois Fighting Illini Wednesday night in their first game back from the winter recess. After handing the Wolverines their first loss of the season, the Badgers currently sit at sixth in the Big Ten with a 4-3 conference record and look poised to make a late-season run into the NCAA Tournament picture.

After nearly a month of inconsistent play from several marquee Badgers, UW finally found its stroke Saturday morning at the Kohl Center.

Per usual, Ethan Happ put on a show in front of a soldout crowd in Madison that seemingly gave the Badgers more energy as the game played out. He finished with 26 points and 10 rebounds to go with seven assists and two steals, giving him 12 double-doubles on the season and 42 for his historic career.

But Happ received plenty of help from his teammates, particularly on the defensive side of the ball. Wisconsin forced 16 turnovers from a typically careful Michigan offense. More surprising, however, was the Badgers free-throw efficiency, as the team shot 78 percent from the stripe.

Looking ahead to Wednesday’s game, the Illinois Fighting Illini are 4-13 on the season and sport a 0-6 conference record thus far. Nine of the Illini’s 12 losses have come by 10 points or fewer, including a six-point loss to No. 3 Gonzaga, an eight-point loss to No. 21 Indiana and two 10-point losses to No. 19 Ohio State and No. 2 Michigan.

The Illini have played most of their games with grit, but they have yet to put together a complete performance and earn a quality victory. Though they are loaded with talent, they are also young, with two sophomores and two freshmen in their starting lineup. Illinois likes to run and gun, so the Badgers will have to do what they do best — slow the game down — to frustrate the Illini offense.

As for the Badgers, they have cooled down after a red-hot start to the season. Wisconsin started 10-2 while picking up marquee wins against No. 20 Oklahoma and No. 17 North Carolina State and two Big Ten victories against No. 22 Iowa and Rutgers. In that 12-game stretch, Wisconsin’s two losses came in a seven-point defeat against No. 4 Virginia and an overtime loss on the road to in-state rival No. 15 Marquette.

The Badgers were as high No. 6 in the NET rankings this season, but have struggled since the fall semester ended. Wisconsin dropped four of their previous five games prior to Saturday’s upset, with their lone win in Happy Valley against Penn State.

The skid was highlighted by a loss on the road against the Western Kentucky Hilltoppers, where Ethan Happ fouled out while shooting just nine for 23 from the field. Additionally, the Badgers put up a 14-point first half at home against Minnesota and a 15-point first half on the road at Maryland, both of which resulted in losses.

Even with six losses, the Badgers have yet to embarrass themselves, as the greatest margin of defeat falls at just seven points. Even with their lackadaisical offensive performances in the first half against Minnesota and Maryland, the Badgers turned it around and mounted impressive, albeit insufficient, comebacks in the second half of each game. The Badgers also fell to Purdue by only five points in overtime after mounting a late comeback thanks to D’Mitrik Trice’s two three-pointers in the final 30 seconds of regulation.

“There’s no moral victory attitude in that locker room,” Head Coach Greg Gard told reporters after the loss to Maryland, which holds true in the minds of this year’s talented roster. The goals lie much higher than simply moral victories.

Despite their cold streak, it is not time to panic. One factor to consider is time — it is only January, and there are still 12 games remaining before the Big Ten tournament. Wisconsin is also still sitting at No. 22 in the NET rankings, even though they dropped out of the AP top 25, and should move up considerably after beating Michigan.

While Ethan Happ has had difficulty turning over the ball, and much has been said about his shooting woes, the statistics tell a somewhat different story. Happ is still averaging 20 points per game and shooting 57 percent from the field. The efficiency might be down because of turnovers and missed free throws, but all the production is still there. Happ just needs to focus on taking better care of the ball. 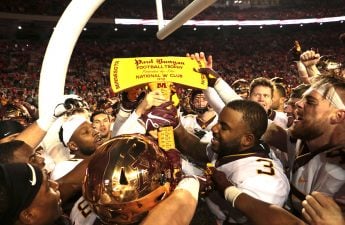 Brad Davison has also broken free and re-discovered his role on the team after Trice, who returned this season after missing most of last year, took over at point guard. Davison was inconsistent in the early going of the season, but he has found his groove, averaging 13.6 points per game and shooting over 50 percent from beyond the arc in the last five games.

Another Badger producing is Nate Reuvers, who recently put up an 18-point second half performance on the road against the Terrapins. Reuvers is continuing to be a defensive presence in the low block, averaging 1.7 blocks per game this season.

It seems as though the most potent absence from this young team is consistent bench production. The four Badgers coming off the bench — Kobe King, Brevin Pritzl, Charles Thomas IV and Aleem Ford — have not produced enough on a consistent basis for a team that desperately needs it. That puts too much pressure and attention on Wisconsin’s starters and makes the Badgers too predictable an offense for opposing defenses.

Despite the joy that comes from taking down the No. 2 team in the country, the Badgers must not lose focus and remain on track this Wednesday as they travel down to Champaign, Ill. The game will be aired on the Big Ten Network starting at 8 p.m. or you can listen live on The Badger Radio Network, 100.9 FM.