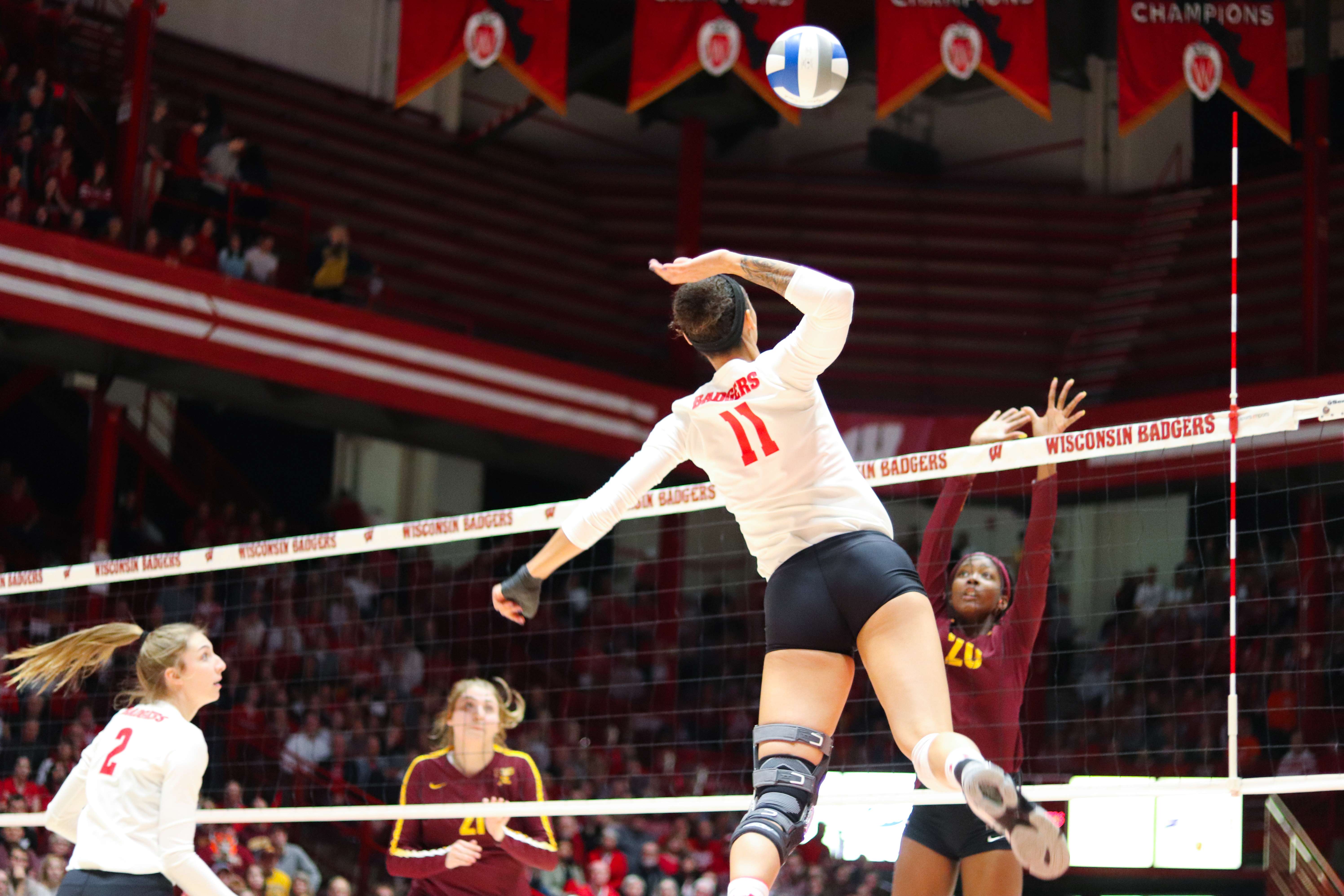 The Badgers came back the night after a hard-fought win over Purdue Friday to breeze to victory against the Hoosiers. Notable performances came from setter Sydney Hilley, who had a team-high 13 digs, and Dana Rettke, who had 13 kills and two blocks.

Tionna Williams, the Badgers’ lone senior, finished the game with three blocks and 10 kills. When asked about how she viewed the match in the post-game press conference, Williams said she’s “not the emotional type” and viewed this as “just another game” in her amazing Badger career. 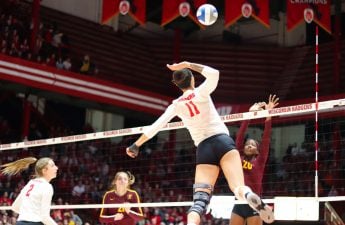 Head coach Kelly Sheffield expressed his excitement about the win and an overall strong weekend from his team after the game. The Badgers were coming off a rough stretch that included losses to ranked teams in Minnesota and Michigan.

Other notable goodbyes from Senior Night included Lisa Peterson, the Badgers long-time official scorekeeper, who leaves after 40 years with the Badgers, as well as senior manager and former player Amber MacDonald. The Badgers also finished the year by drawing sell-out crowds to all 12 matches this year, averaging a school-record 7,052 fans per match. 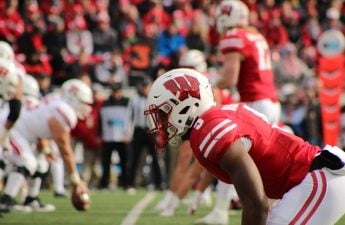 Looking ahead, Wisconsin has four consecutive road matches to close out their Big Ten schedule, including a tough battle against No. 7 Penn State (20-6, 11-5) Nov. 24 before the NCAA tournament — which begins Nov. 29.

Up next, the Badgers face Ohio State and Maryland Friday and Saturday of this week. You can listen to the Ohio State match on 92.1 The Rewind and catch the Maryland contest on 100.9 FM.