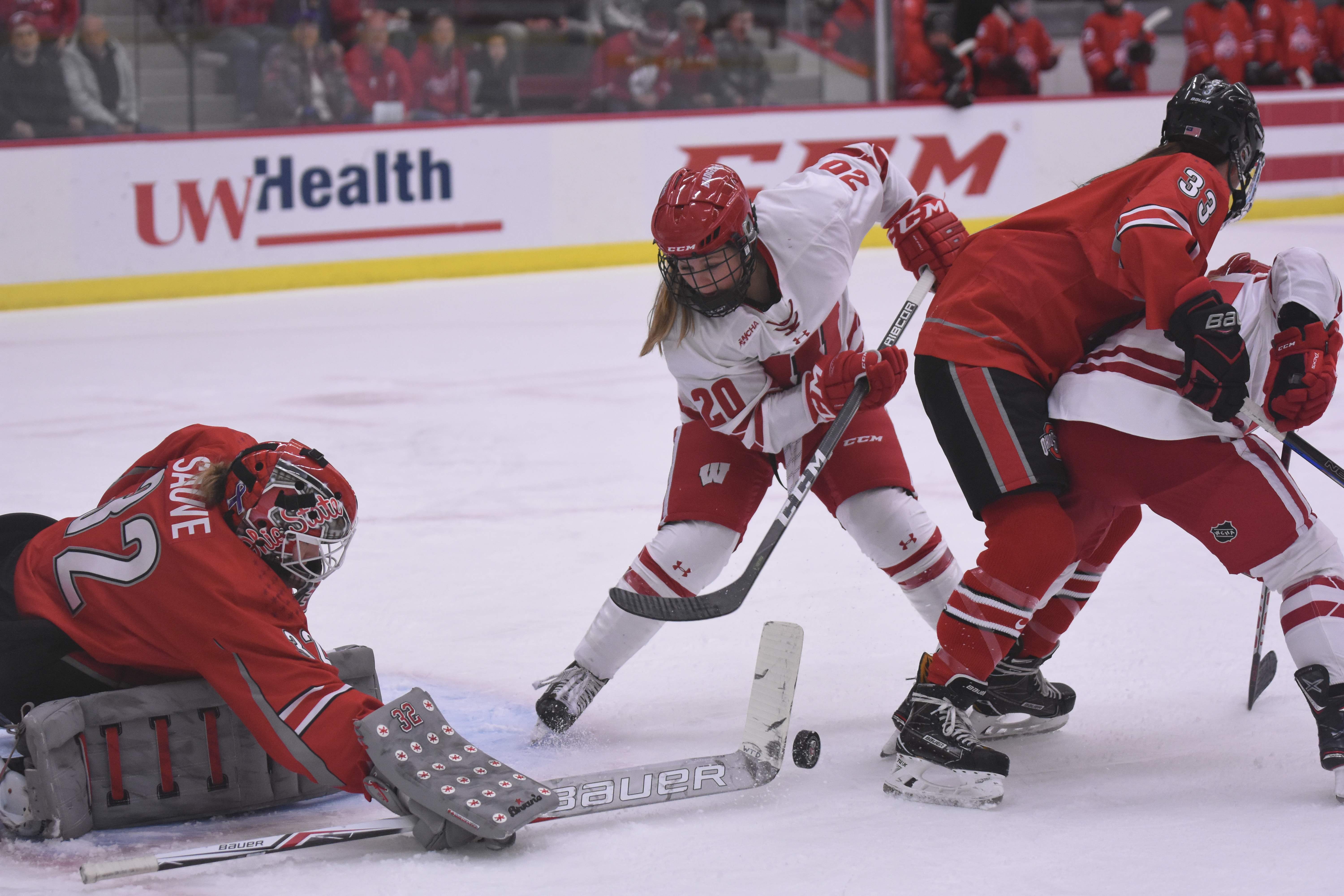 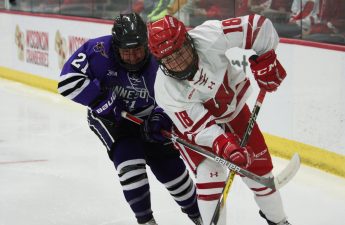 After scoring three goals and tallying an assist against Lindenwood, fifth-year senior Emily Clark was named Western Collegiate Hockey Association’s Forward of the Week. Clark’s game-winning goal Saturday was the 21st of her career, tying the fourth most in school history. With three goals and four points against Lindenwood, Clark also heads to Mercyhurst tied for the National Collegiate Athletic Association and WCHA lead in goals and points.

Mercyhurst is coming off of a disappointing season-opening series at No. 3 Minnesota (2-0-0), which featured a 5 – 0 shutout loss Sunday in which the Lakers were outshot 43-17 by the Gophers. Mercyhurst returned five of its top six goal scorers from 2017-18 this season, including its leading point-getter Maggie Knott and goal-scorer Vilma Tanskanen. 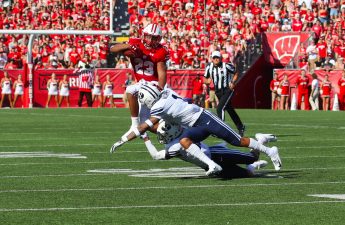 The matchup also pits two legends in the collegiate hockey world — Badgers head coach Mark Johnson and Lakers head coach Michael Sisti — against each other. Johnson and Sisti are the No. 2 and No. 3 winningest coaches all-time in NCAA collegiate women’s hockey history with 462 and 460 victories from the bench, respectively.

Wisconsin is 11-0 all-time against Mercyhurst, including a 5 – 0 victory in the 2009 NCAA Frozen Four Final. Friday’s game will be just the third game the Badgers have played in Erie, as the Badgers have hosted Mercyhurst seven times. The two programs have faced twice at neutral sites as well. Wisconsin swept Mercyhurst in their most recent matchup last season, outscoring the Lakers 9 – 1 over two games.

The series begins Friday at 6 p.m. in Erie.