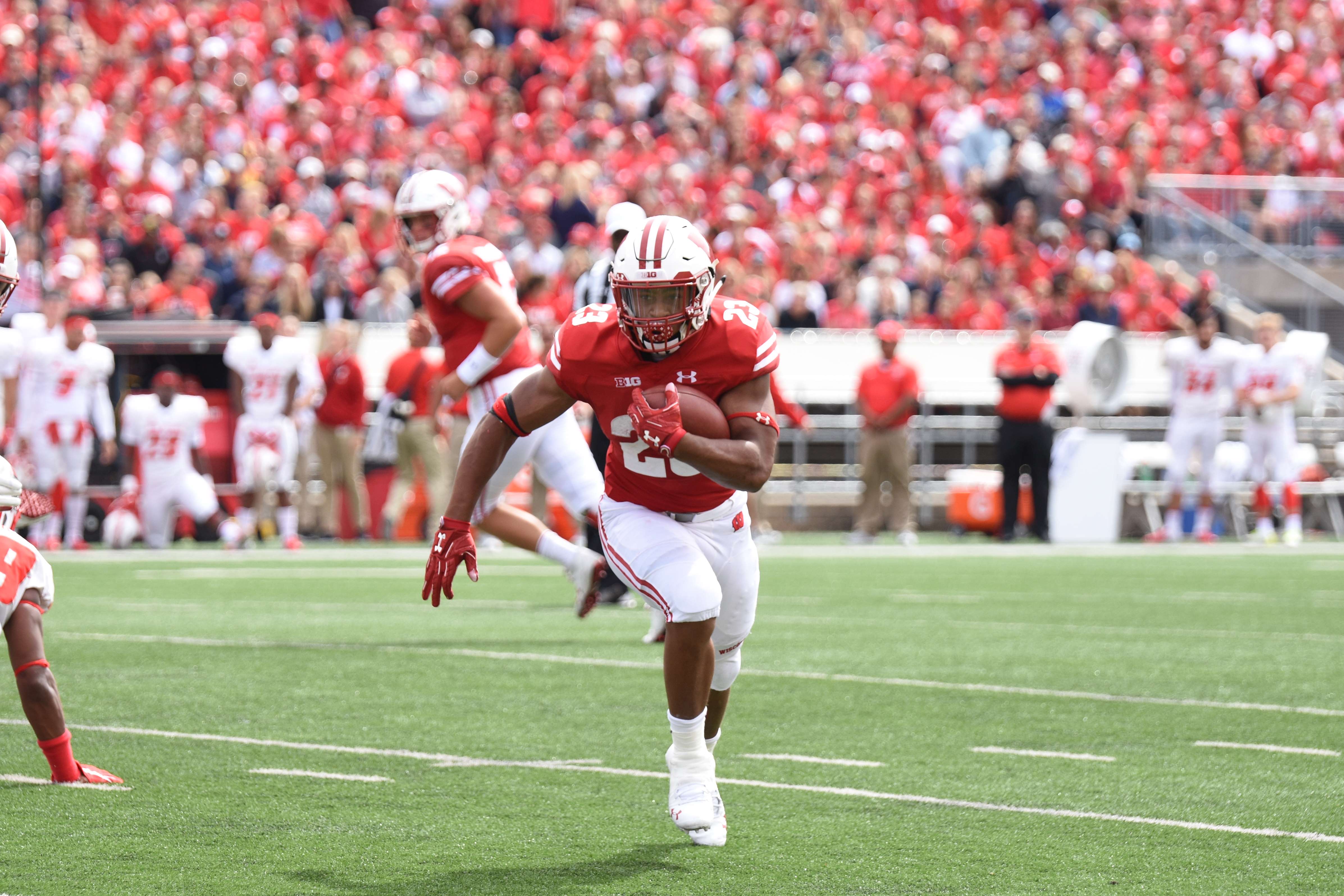 Wisconsin trailed for the first time all season after a 17-play, 87-yard New Mexico opening drive where the Lobos went 4-4 on third downs, scoring on an 11-yard pass.

Unfortunately, that would be the first time New Mexico would find the end zone until the fourth quarter.

Early on, New Mexico took advantage of a Wisconsin defense off to an uncharacteristically slow start, relying heavily on a read-option play the Badgers were unable to predict.

New Mexico would consistently gain good chunks of yardage on the play, smothering any defensive momentum from Wisconsin.

Perhaps as noticeable as a lax Wisconsin defense was an ineffective offensive line. Heisman hopeful Jonathan Taylor collected only 34 yards in the first quarter on seven attempts.

There were unfortunate moments of hope immediately followed by a slice of humble pie. A.J. Taylor hauled in a spectacular, one-handed grab along the sideline in the first quarter only to see the drive fizzle inside the red zone. A promising drive lead by a 39-yard Alec Ingold run was cut short by an all-too-painful Taylor fumble.

It’s been beaten into the ground, but man, Taylor fumbles another one. He needs to figure this out.

“None of these guys are going out there and thinking ‘ok I’m gonna fumble on this play,'” head coach Paul Chryst said. “The whole thing is how do you respond?”

For all his talents, ball security plagues Taylor’s game. Last week, although inconsequential, Taylor coughed up the ball late in the game.

“[Taylor]’s competitive and he cares about this team,” Chryst said. “He knows he can pay it back.”

Senior running back Taiwan Deal would have his number called to begin the ensuing possession, picking up 21 yards of rushing before handing the keys back to Jonathon Taylor. Taylor would bounce back from his turnover, curling to the outside for a 16-yard touchdown and a reclamation of the lead, 10-7 Wisconsin.

Wisconsin relied on their steadiest source of offensive production in a half that ended up being more of a challenge than expected. Wisconsin out-gained New Mexico in the run game 146 yards to 40. New Mexico had an edge through the air, however, recording 83 yards to Wisconsin’s dismal 35.

At the half, Wisconsin sorely needed a revamp in its passing attack.

Hornibrook hasn’t been used too much, took a sack@_scottnelson is good at tackling people

Wisconsin’s first drive out of the half did not reverse that script. Quarterback Alex Hornibrook found A.J. Taylor for a 21-yard pickup, which felt like the spark the offense had been missing. Soon after, however, a Hornibrook scramble ended in his first interception of the season.

In a dramatic response, Wisconsin linebackers flooded Tevaka Tuioti who released an ill-advised throw towards the corner of the end zone where safety and resident assistant superhero (Jonathan Taylor currently holds the crown) Scott Nelson was waiting. Adding an interception to his stat line, Nelson had four tackles on the afternoon.

Nelson’s interception led to the best drive Wisconsin had all afternoon, a six play, 76-yard beauty culminating in a 4-yard touchdown strike to A.J Taylor across the middle of the end zone – 17-7 Wisconsin.

That drive would begin the overall momentum shift Wisconsin had evidently been waiting on all day.

Momentum transferred seamlessly to the defense who, on the next drive, recovered a New Mexico fumble on their 34-yard line.

Now across midfield, Wisconsin had a prime chance to extend their 10-point lead.

And extend they did, set up by an end-around that sent freshman wide receiver Aron Cruickshank 11 yards to the outside, and finished off by a 5-yard Taylor touchdown, his second of the afternoon.

From there, Wisconsin had officially regained their mojo. A New Mexico three-and-out gave way to a 44-yard connection between Hornibrook and Taylor that put Wisconsin inside the red zone only a few minutes after their last score.

With all eyes on Taylor (and for good reason), Wisconsin pranked the entire New Mexico defense, faking a handoff to Taylor and sending fullback Alec Ingold untouched across the goal line, 31-7 Wisconsin.

New Mexico would respond with a gritty, 75-yard scoring drive that reduced the Wisconsin lead to 17.

Jonathan Taylor didn’t just have a good day, he set records in carries with 33 and yards with 253 yards. His third touchdown of the afternoon gave Wisconsin 38 on the day, and plenty to improve upon before next week.

“This is what’s neat about football, everyone can always do a little better,” Chryst said.

Wisconsin would take the game 45–14 and will welcome BYU to Camp Randall next Saturday.