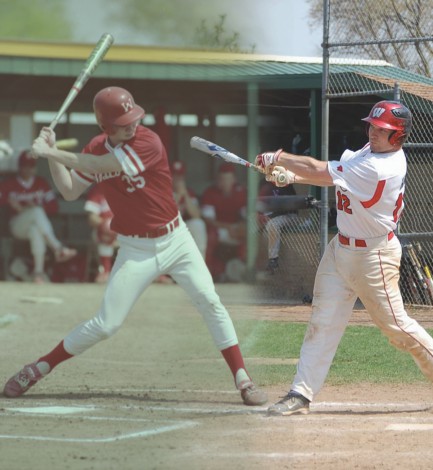 Jeff Block already revived baseball at the University of Wisconsin once.

Now, he plans to do it again.

In the summer of 1998, Block was an incoming freshman. He was a talented baseball player, but deep down he knew he wasn’t cut out for the Majors. So, rather than try his hand at a Division 3 college, he went to UW. Though the Badgers hadn’t had a team since 1991, Block wasn’t exactly the kind of guy who was just going to forego baseball for years.

His father, Steve Block, a member of the Wisconsin Baseball Coaches Association Hall of Fame, instilled his love of the game in Jeff and his four brothers when they were young.

Talking about a season in which he tore his labrum in his throwing arm but continued to play, Block said, “I finally gave up when one day I can’t even put my seatbelt on. Time to get surgery.” He said prior to that realization he had been popping his socket back in and training with resistant bands so he would be able to throw after a week, and repeating the process.

This is a baseball guy.

Block joined up with some other players at UW who had followed similar paths and formed the club baseball team.

“Before you knew it, we had a pretty good nucleus of 12 to 15 guys,” Block said. “Most probably should have been playing college baseball.”

Suddenly, baseball had returned to Madison.

In the 19 years since the team’s inception, Block has played some role in every season and now finds himself in his eleventh season as the head coach. These days the talent pool the team draws from has certainly improved according to Block. 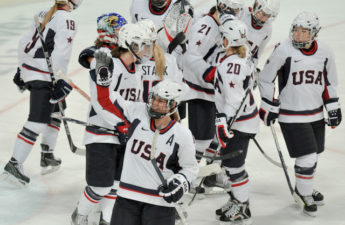 Block credits this improvement to the growing awareness among top high school players that they can play baseball at a high level at Wisconsin — though it may not be varsity.

Block clearly truly enjoys his work with the club team, but his eyes remain firmly set on the elusive, Division 1 prize.

“All of this has always really been leading to ‘how do we get varsity baseball back?’” Block said. 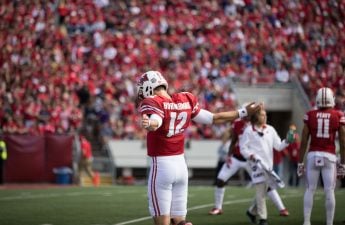 In 2016, Block looked to jump-start the efforts that have laid more-or-less dormant since 1991. He wrote a 14-page proposal addressing all of the “excuses” he has heard over the years and taking them head-on.

The proposal outlines four main arguments the administration has presented over the years against bringing baseball back – Title IX, facilities, competitiveness and money.

Block doesn’t find these arguments to be the slightest bit genuine.

The Madison baseball advocate seems to think the budget has money. He cites $130 million dollar renovations to Camp Randall as one area that could have payed for 100 seasons of a varsity baseball team. He remembers receiving an email sent out to alumni asking how they would like to see the money spent and said all options involved Camp Randall. 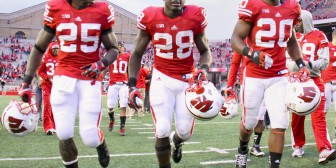 A young Badger shines on the world’s biggest stageIn the history of the Super Bowl, only two running backs have ever had 100 or more yards receiving. Their Read…

Block also ties the school’s Title IX concerns back to money, but also lays out the ways that Wisconsin will remain Title IX compliant in the proposal without being sued. There are really no hard and fast rules from Title IX about exactly how to run an athletic department and Block claims that the success and wide availability of Badger Women sports in the last few decades would position UW to be in compliance even if they were to add another men’s team. He also added that there’s no reason not to add another women’s team because “there’s plenty of money out there.”

Among the arguments in the proposal is a partnership with the Madison Mallards, whose management told Block there doesn’t seem to be a reason the team wouldn’t be interested in sharing Warner Park (the NCAA and Northwoods League seasons do not overlap). The club team has already used the field for games and the two teams maintain a close relationship.

Block sees Madison Area Technical College, which has an excellent team already, as a perfect feeder school for a varsity team in Madison and vice versa.

The proposal goes on, listing reasons the athletic department objects to a renewal of baseball at the UW and knocking them down with well-researched solutions. For his efforts, Block was recently awarded the “Favorite Son Award” from the Madison Dug Out Club for promoting baseball in the greater Madison community. 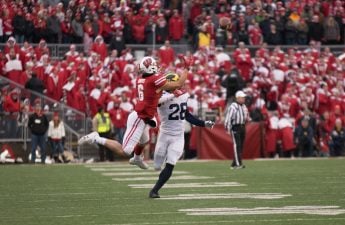 Though Block has made a lot of noise in the community and garnered over 6,200 signatures on a petition linked on the club team’s website, Athletic Director Barry Alvarez and the rest of the athletic department have been less than willing to sit down and discuss with him.

“Our answer is that we are not looking to add baseball (or any other sport) to our intercollegiate sports offerings at this time. Our goal currently is to remain as competitive as we can in the sports we currently sponsor. In addition, the uncertainties facing college athletics in the coming years is another reason we are not looking to add sports,” Senior Associate Athletic Director Justin Doherty said in an email.

Block said the “uncertainties” in the future of college sports Wisconsin Athletics cites is referring to ongoing lawsuits and past settlements between athletes and the NCAA regarding compensation.

“This has been a topic for decades and provides an easy excuse to not move forward with baseball because the issue will likely always linger out there,” Block said. 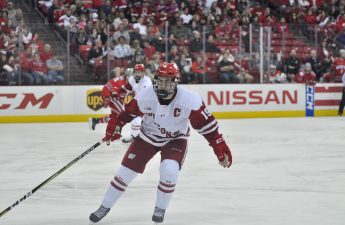 Doherty did not respond when pressed on the issue further

Block says tens of millions of dollars in donations have been offered specifically for a varsity baseball team, but he refused to name the exact amount because he wants Alvarez to name a specific goal for the team to be considered.

When you peel away the proposal, the money and the bureaucracy, the argument presents a sort of general feeling of frustrated bewilderment.

“It’s America’s national past time, it’s the first sport ever at UW, and the fact that you would give up on that tradition in a baseball rich state,” Block said.“It’s embarrassing.”