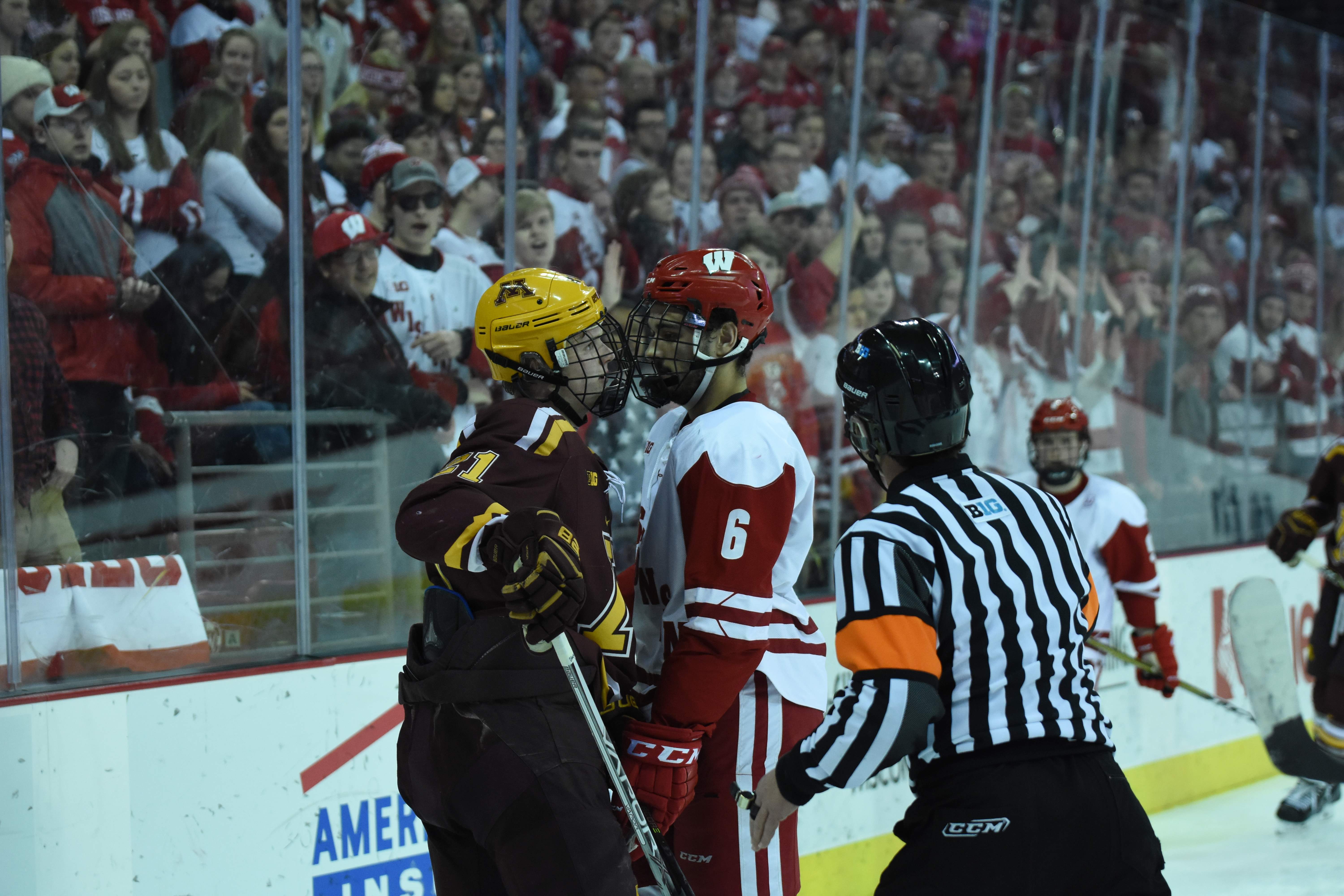 And you thought you had a lousy weekend.

The University of Wisconsin men’s hockey team had dreams of a strong finish to the season and even perhaps a berth to the NCAA Men’s Tournament on their minds heading into last weekend’s tilt with the No. 12 University of Minnesota — as of the latest poll. Instead, the Gophers came to Madison and snatched that rug out from under Wisconsin’s skates in two consecutive deflating losses.

The Friday night matchup began auspiciously for the Badgers. Forward Matthew Freytag nailed an early one-timer in the first frame to give UW an early lead.

They held tight well into the second period, but things began to slip away after the Gophers tied the game before the second intermission.

At the onset of the final period, Minnesota took the lead and did not relinquish it for the rest of the weekend.

Associate head coach Mark Osiecki, stepping in for the occupied Tony Granato, told UW Athletics he expected a strong response from his players the next night in the second and final game of the series.

“We’ve done it all year,” Osiecki said. “We as a staff have a lot of faith in our guys that they’ll respond.”

It seems like the Minnesota offense heard Osiecki and decided to come out swinging. 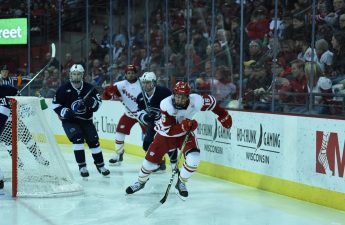 In Saturday’s game, the Gophers silenced a packed Kohl Center with three straight gut-shots in the first period in the first five minutes. That probably was not what the Badgers had in mind in terms of a response.

The outpouring led to a change in net for the Cardinal and White. They substituted senior Kyle Hayton in for the starting sophomore net-minder Jack Berry.

Despite the shakeup, things did not get any better.

Although sophomore Trent Frederic punched one in at the end of the first period, Minnesota did not let up on the gas pedal and it would be the lone goal of the night for the Badgers. 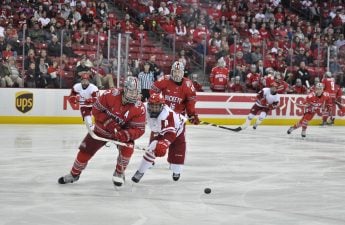 Four more soul-crushing goals later, and the hyped-up Wisconsin-Minnesota Border Battle series would end in a two-game sweep and many disappointed Badger fans and players.

To make matters worse, a sell-out crowd came to the rink for senior night Saturday. Suffice it to say, the three seniors were hoping for a better final home game in Madison to send them off.

After the game, the Badgers were mostly focused on their upcoming battle with Ohio State to close their Big Ten season. The games will be in Columbus on Feb. 23 to 24 after a much-needed bye week.