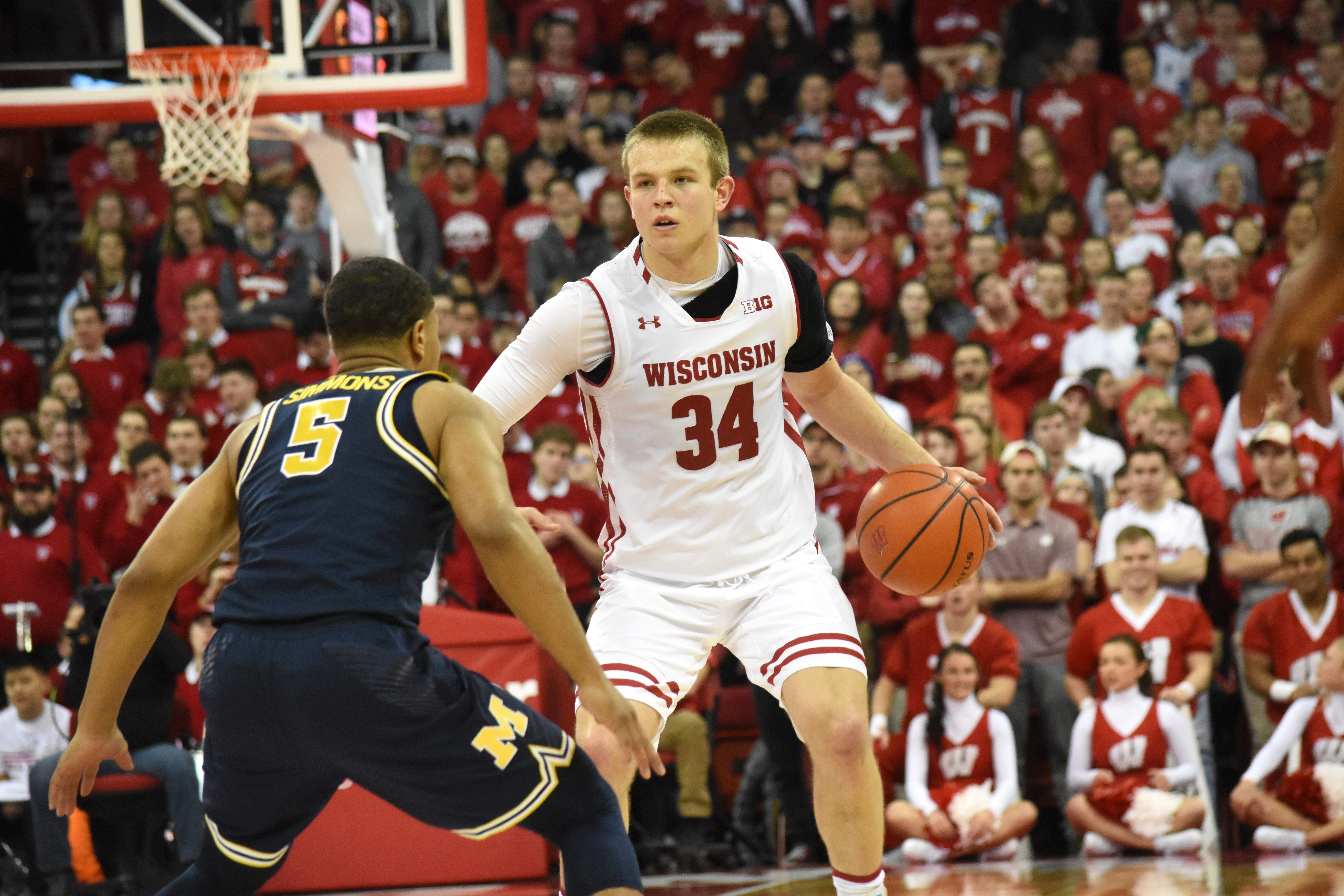 The win against Illinois was encouraging for the Badgers, who have struggled to finish games all season. The game was close and stayed within two possessions until the final seconds when free throws by Brevin Pritzl, Aleem Ford and Ethan Happ secured the victory for Wisconsin.

Unfortunately, positive momentum from this contest did not carry into the Michigan game as the Badgers were down practically from tip-off, starting off with a 15-2 deficit through six minutes. Brad Davison probably said it best when explaining that the team “came out flat” to begin the contest.

The Badgers battled back though, bringing the game as close as seven points late in the second half after three hit-free throws from Davison.

This comeback began with a jumper from Nate Reuvers halfway through the second half, who went 3-3 with a three-pointer during the final 12 minutes to help tighten the Michigan lead. Reuvers, however, had a costly turnover leading to an easy layup on the fast break for Michigan to expand their lead. Following this play, head coach Greg Gard benched Reuvers for the final four minutes of the game in favor of Ford.

When asked if the turnover was the reason Gard made the change he responded that it was one of the reasons and that “defensively we had to go back small again. I felt like we were having a hard time with two bigs to cover them on the perimeter.”

The main defensive liability Gard was trying to address was stopping Mo Wagner and Duncan Robinson on the perimeter.  With Wagner coming in at 6-feet-11 and Robinson at 6-feet-9 the two posed matchup problems for the Badgers on the outside, going 3-6 and 4-7 respectively from three.

Gard made several changes in this game that were questionable, such as benching Pritzl and Andy Van Vliet after hitting three-pointers in the first period. While it is difficult to weigh riding the hot hand versus defensive adjustments and ball security, Wisconsin’s recent play reduces some of the benefits of the doubt Gard has been given over the years.

Gard and the Badgers will certainly have more time to prove themselves this season. Wisconsin will face several 2018 NCAA contenders before the Big Ten tournament, facing No. 6 Purdue this Thursday and No. 2 Michigan State to end the year.