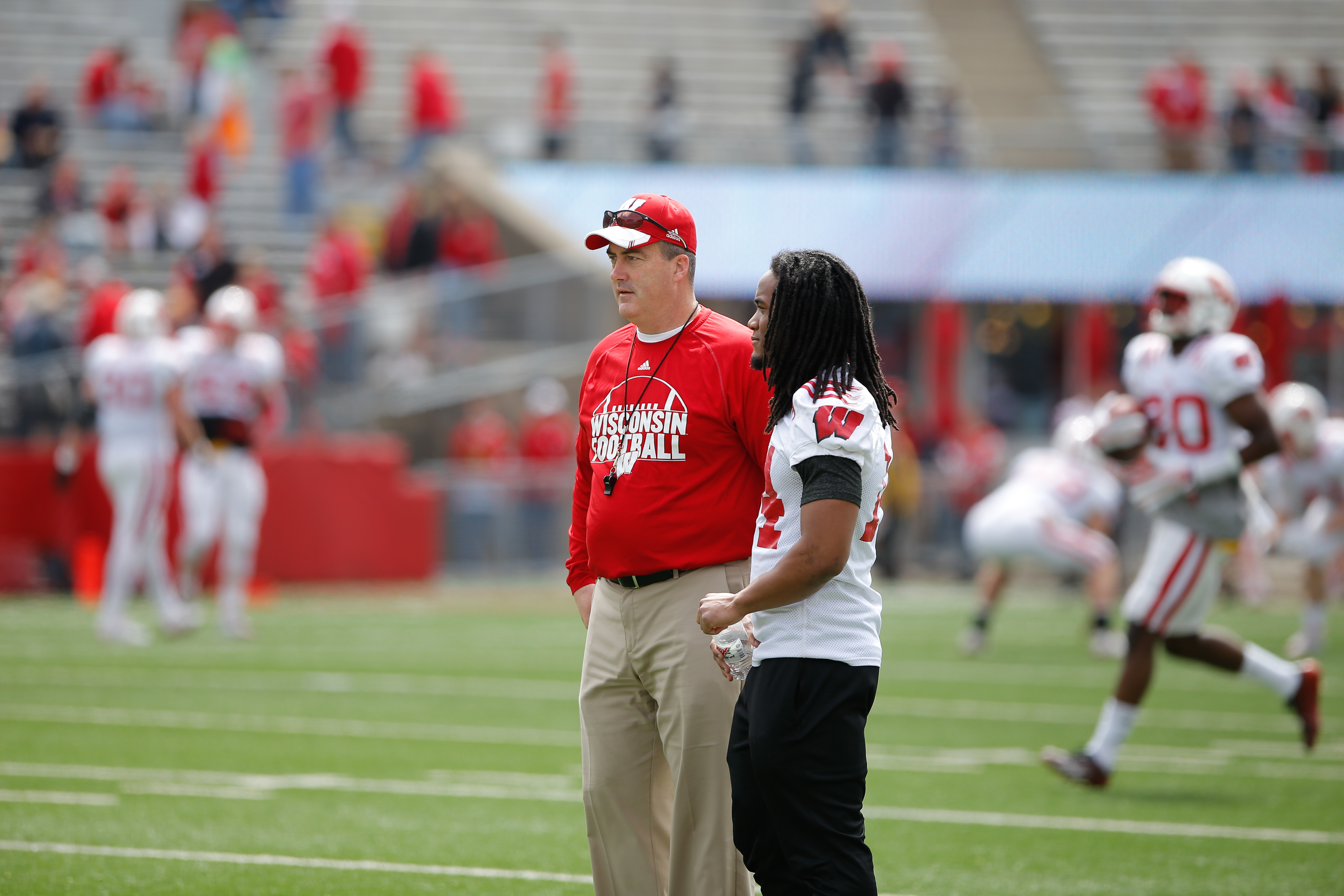 Coaching a Division I football team is a task many people are not qualified to do.

In the history of football, many have tried to lead various teams across DI football to greatness, only to come up short. These failures from various coaches help us to realize how lucky we are when we get good coaches.

The same applies here at Wisconsin, where a slew of less than impressive coaches has allowed for those who are truly great to shine. Wisconsin football has been blessed to have some amazing men at the helm of their program. Here are the top five coaches who have ever walked onto Camp Randall.

While it has only been two years since UW acquired Chryst as their newest head coach, he has already made some pretty big waves here in Madison.

Before Chryst came into the Wisconsin family, the UW football team had been struggling to find a head coach to stick around. After the departure of Bret Bielema to Arkansas and Greg Andersen to Oregon State, many were wondering if the next head coach of the Badgers would stick around for more than a few years.

Chryst came to Wisconsin with the bar set very high, and he has not disappointed anyone. Since 2015, Chryst has earned a 27-6 record and a 16-4 record in the Big Ten.

Hopefully Chryst will have a long career with Wisconsin, but for now, he is managing to do pretty well for himself.

This name is probably not as familiar to people as some of the others on this list, but it should be. As one of the earliest head coaches in Wisconsin history, King managed a feat that few could ever dream of, bringing Wisconsin to a whole new level of success.

King (57-9-1, 16-6-1 Big Ten), who was the sixth head coach in Wisconsin history, was also one of the first head coaches in history to stick around for more than a year or two. Before King, every Wisconsin head coach left after only a year of coaching, with only one making it through two years.

King inherited a program that was great since its inception, but there was a challenge coming up that would truly test the strength of Wisconsin football. During his first year as a head coach, King got to see the formation of the Big Ten division of college athletics and with that came brand new competition.

The Big Ten was composed of some of the greatest teams in football, and when it was announced that there would be a conference championship, every team knew that it was going to be tough to win the final prize. It would be King who would lead the Badgers to victory during the first ever Big Ten Championship in 1896, and they would also earn victories in 1897 and 1901.

It might be easy to forget about King since his reign at Wisconsin was a little over 100 years ago, but we shouldn’t. King left an impressive legacy here at the UW and paved the way for Wisconsin football.

When Ivy Williamson came to Wisconsin in 1949, the program was in shambles and in desperate need of someone to bring a once great program back to its former glory. That man would be Williamson, and his journey back to the top of the Big Ten would not be an easy one.

Wisconsin football had been heavily impacted by World War II, with many eligible players and even some coaches getting drafted into the war. Football was second priority, and that means that things were really rough for the Badgers when the war was over. It would take someone like Williamson to get this program back on track, and that would take time and patience.

Williamson would help lead Wisconsin to a 41-19-4 record during his time at UW, with a 29-13-4 Big Ten record. Williamson lead Wisconsin to a Big Ten championship in 1952, and the Badgers first bowl game that same year. Although Wisconsin would eventually lose that game, it was still a big moment for the school.

Williamson will always be remembered by Wisconsin as a coach who helped bring Wisconsin football back to its former glory. He did not have an easy journey, but in the end, he helped Wisconsin in a big way and we will always be thankful for that.

One of the hardest things to do is come into an already successful program and try to leave your mark on it, but Bret Bielema certainly left his mark on Wisconsin football during his six years with the Badgers.

Bielema inherited a very successful Badgers program from former head coach Barry Alvarez in 2005 and was left with the challenge of helping the program to maintain the standard of excellence that they had achieved. While it is easy to come into a good program like Wisconsin, trying to maintain that winning formula has brought coaches to their knees before.

Bielema wasn’t worried about this, however, and immediately began to try and replicate the success that had been achieved by coaches before him. Soon, it was clear that Bielema was not only replicating the success of Alvarez but also, improving it.

Bielema was the third Wisconsin coach in history to earn three wins during his first three games as head coach, alongside King and William Juneau. He would also be the first coach in program history to win eight games during his first season at UW, ending his inaugural season with an 11-1 record.

It would take Bielema and Co. another three years to get Wisconsin a Big Ten Championship trophy in 2010, 2011, and 2012. Bielema would also lead Wisconsin to six bowl games, earning a 2-4 record at the end of his career.

On Dec. 4, 2012, it was announced that Bielema would leave UW for a head coaching job at Arkansas, devastating UW community. While Badger fans wished him nothing but the best, losing such a talented head coach was a blow to the Badger fans.

Still, during the short six years that Bielema was here, he managed to do great things for the UW, and that earns him the second place spot on the list.

Topping off this list is none other than the father of Wisconsin football, Barry Alvarez.

When Alvarez inherited the Wisconsin football program in 1990, things were in pretty bad shape. The program had gone through several years without having a winning season, and it had only won seven Big Ten games since 1884.

While things started off slowly during the Alvarez era, it would only take three years to get Wisconsin back to a winning season. Alvarez made a quick turnaround look easy, and was setting his sights on getting Wisconsin back into the Big Ten championships.

Wisconsin would win the Big Ten championship in 1993, 1998, and 1999. Wisconsin would also head to a grand total of 11 bowl games during Alvarez’s tenure, with an 8-3 record overall.

Alvarez is the most winning coach in Wisconsin history, with a 118-73-4 record overall and a 65-60-3 record in the Big Ten. Wisconsin did not want to lose one of the greatest coaches in program history, and fans were happy when it was announced that Alvarez would become the Athletic Director in 2005.

Wisconsin football has been blessed with a talented group of coaches over its lifetime, many of whom helped bring Badger football to the forefront of the Big Ten and the nation. Becoming a head coach at Wisconsin is an ultimate honor, and those who can call themselves coach here at UW are among the best in the nation.