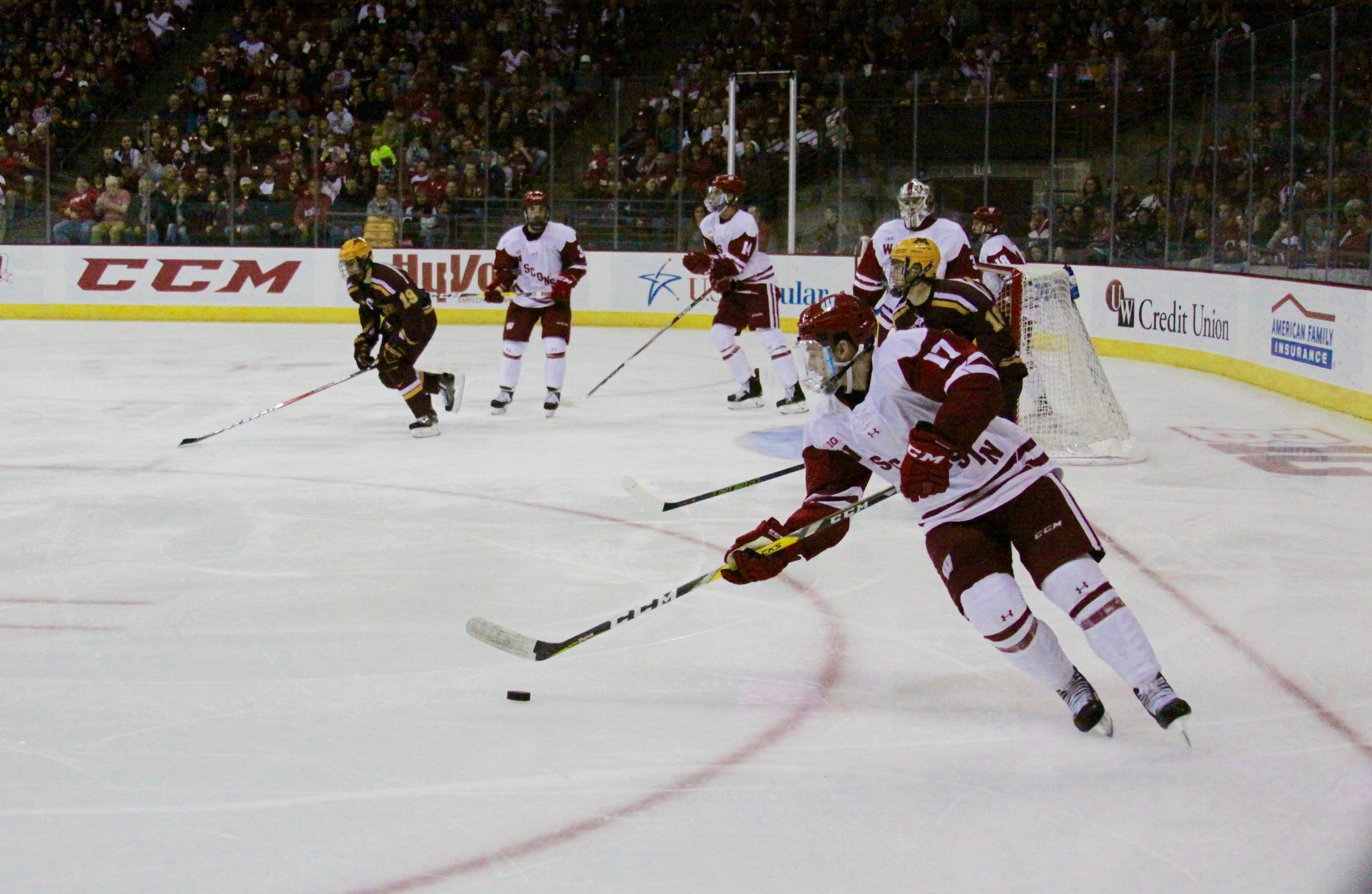 The University of Wisconsin men’s hockey team will head to University Park, Pennsylvania, to take on the No. 11 Nittany Lions this weekend, in hopes of a successful road trip finale.

The Badgers are coming off an important series in Minneapolis, where they split with the No. 5 Gophers, keeping their deficit for the lead in the Big Ten at 3 points. 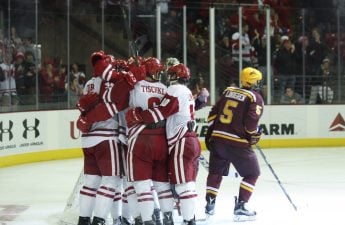 Men’s hockey: Wisconsin remains at second spot in Big Ten after weekend split with top ranked GophersThe University of Wisconsin men’s hockey team found themselves on both sides of a 3-2 score this weekend, splitting games with Read…

“Competitiveness, elite skill and guys that just love being part of our team, they love playing hockey,” head coach Tony Granato said regarding his young stars’ success. “They work together, they stay together, they understand the game well together, they push each other.”

Kunin has truly earned his captain status this season, leading the team with 35 points and netting a team-high 20 goals, which leaves him ranked eighth in the country.

With Kunin’s consistency and Frederic’s explosive ability, the Badger offense has become a true force to reckon with in both the Big Ten and the nation.

The star forwards are not the only Wisconsin sophomore-freshman duo having success. Goaltenders Jack Berry and Matt Jurusik have proven the team’s two-goalie system to be effective. 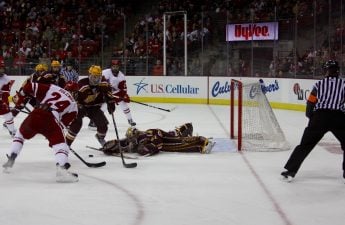 Berry earned the sole win last weekend against the Gophers with an impressive 36 saves and has planted himself atop the conference in goals allowed per Big Ten contest. Jurusik has been no slouch, however, boasting a second-ranked 0.909 save percentage in conference games.

The Badgers appear to be sticking with the unconventional goalie rotation. But as some would say: If it isn’t broken, don’t fix it.

Both Jurusik and Berry will have their hands full this weekend as they head to Pennsylvania to take on Penn State’s elite offense. The Lions are tied for the top spot in the nation, averaging 4.2 goals per contest and they shredded the Badger defense three weekends ago, scoring six and five goals as they swept the Badgers in Madison.

Despite being swept by PSU earlier in the year, the Badgers hold a comfortable 5-point cushion over the Lions in the Big Ten standings.

“When we forecheck and we play well offensively by being aggressive and on our toes, we’re a tough team to play against,” Granato said. “We showed some of that when we played them here, but in a smaller rink and on the road I think we can show even more.”

The now No. 16 Badgers look to turn the tables on the Lions this weekend as they face off Friday at 6 p.m. CT and Saturday at 7 p.m. CT in another Big Ten showdown.