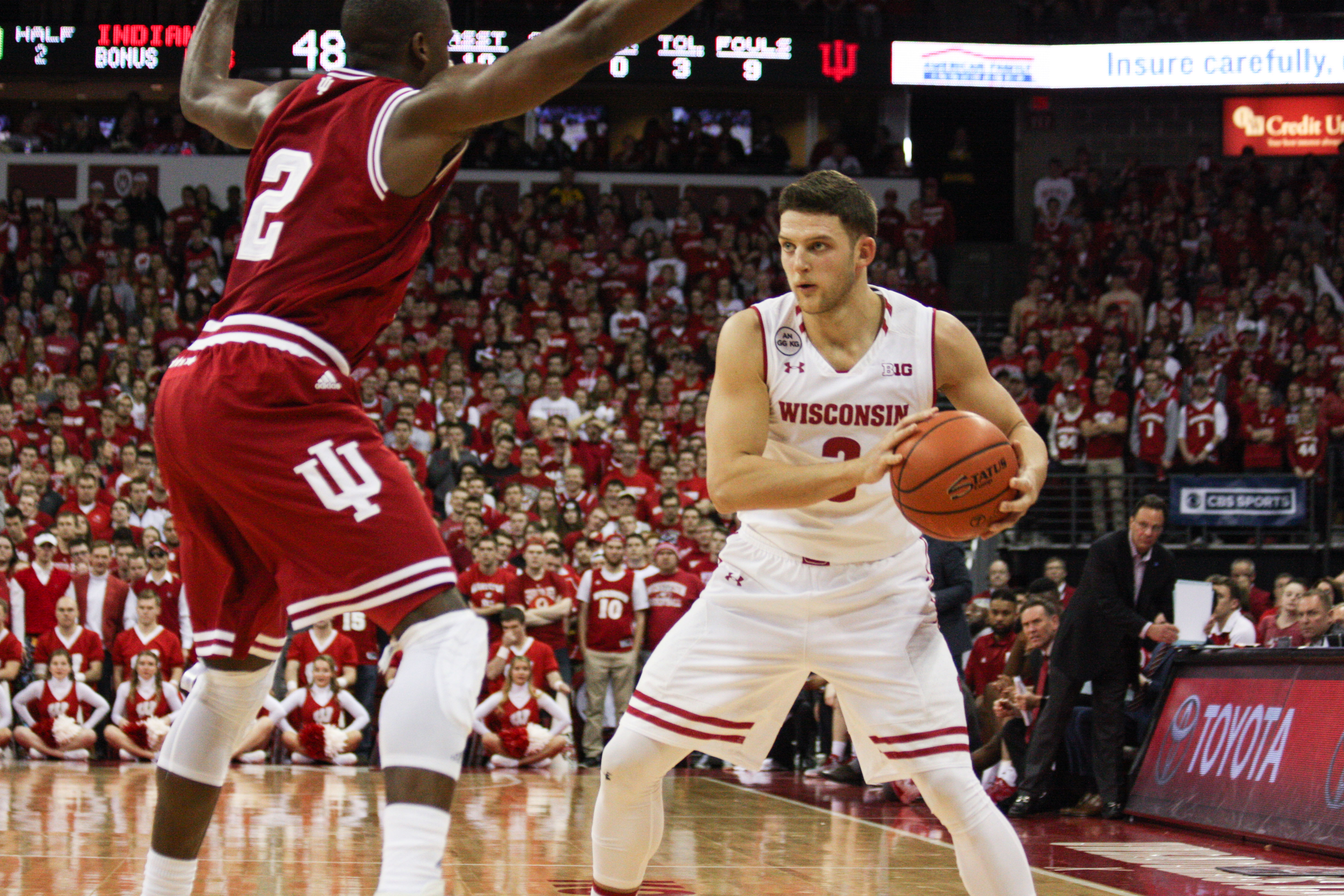 It did not have to be pretty, and it certainly wasn’t, but the University of Wisconsin men’s basketball team held off Indiana 65-60 at the Kohl Center Sunday.

On a weekend in which six of nine top 10 teams lost, No. 10 Wisconsin (20-3, 9-1 Big Ten) avoided succumbing to the trend. Both teams shot poorly, with Indiana (43 percent) actually outshooting Wisconsin (40 percent). The difference in this one, though, was at the free-throw line. Lately, that’s been the disadvantage for the Badgers, but not Sunday.

Senior forward Nigel Hayes scored nearly half of his points from the line, with only one miss (7-for-8). Redshirt sophomore forward Ethan Happ was 4-for-7 from the charity stripe. As a team, Wisconsin was 23-for-31 (74.2 percent) from the line. It was the second-best free throw shooting performance by the team in conference play this season.

“My buddy here [Hayes] was clutch down the stretch,” Happ said after the game. “You can continue it, as long you work hard and keep concentrating.” 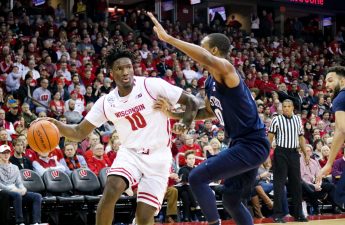 Even after Sunday’s boost, Wisconsin ranks 12th in the Big Ten in free-throw shooting percentage. But UW head coach Greg Gard said Wisconsin stepping up from the charity stripe was another example of finding ways to win.

“I thought getting to the free-throw line was maybe a counter to us not shooting the three well, or as well as we’re capable of,” Gard said. “That’s what good, experienced teams will [do].”

Happ finished with a team high 20 points and added seven rebounds, three blocks and three steals. Hayes managed his third double-double of the season with 15 points and 10 rebounds.

“Looking at our total field goals and field goals made, it doesn’t look very good,” Hayes said. “Ethan, Mr. Reliable, went 8-for-10, so that’s good to see. Other than that though, no one shot particularly well. Thank goodness there are two sides of basketball game.”

Indiana (15-9, 5-6) was without James Blackmon, Jr. and OG Anunoby, who suffered a season-ending knee injury last month. Blackmon missed his third straight game with a knee injury of his own. Josh Newkirk led the Hoosiers with 22 points, shooting 4-for-6 from three, in 38 minutes. Thomas Bryant and Robert Johnson each added 11 points.

“We were able to make up some things on the defensive end,” Hayes said. “This is a high-scoring Indiana team and to hold them to 60 points is something to be proud of.”

After UW jumped out to a 20-9 lead with nine minutes remaining in the first half, Indiana mounted a comeback to eventually tie it at 24 with 2:33 left. A Bronson Koenig (11 points, seven rebounds) 3-pointer closed the book on first-half scoring and UW led 27-24 at the whistle.

Eight UW turnovers fueled the Hoosiers comeback. Overall, Wisconsin committed 13 turnovers, while Indiana coughed it up 15 times. The Badgers outscored the Hoosiers 16-6 on points off turnovers.

In the second half, Happ’s first of two furious dunks made it 33-26. Happ brought down a lofted in-bounds pass above the rim and flushed it.

Indiana once again fought back and cut it to 35-33 before Brevin Pritzl’s shot-fake and baseline drive started a 7-2 run to gain some breathing room.

In 12 minutes, Pritzl scored six points, going 4-for-4 from the free-throw line. Down the stretch, Pritzl took senior forward Vitto Brown’s place on the court, playing side-by-side with the four other starters. The offense picked up following his lay-up and ball movement improved with him on the court. 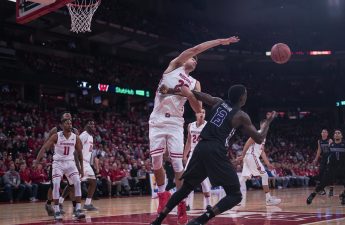 “I was just trying to help these guys out and get the offense moving,” Pritzl said. “I’m just trying to make their jobs easier by making other people pay attention to me.”

A 3-pointer from senior guard Zak Showalter provided the Badgers with a dagger and made it 58-50 with 1:37 remaining. Three possessions earlier, Happ jumped a passing lane, drove the length of court and pounded a ferocious one-handed slam as the crowd grew to its loudest all game.

When it was all said and done, Gard was happy his team found a way to win and escape a wild weekend of college basketball unscathed.