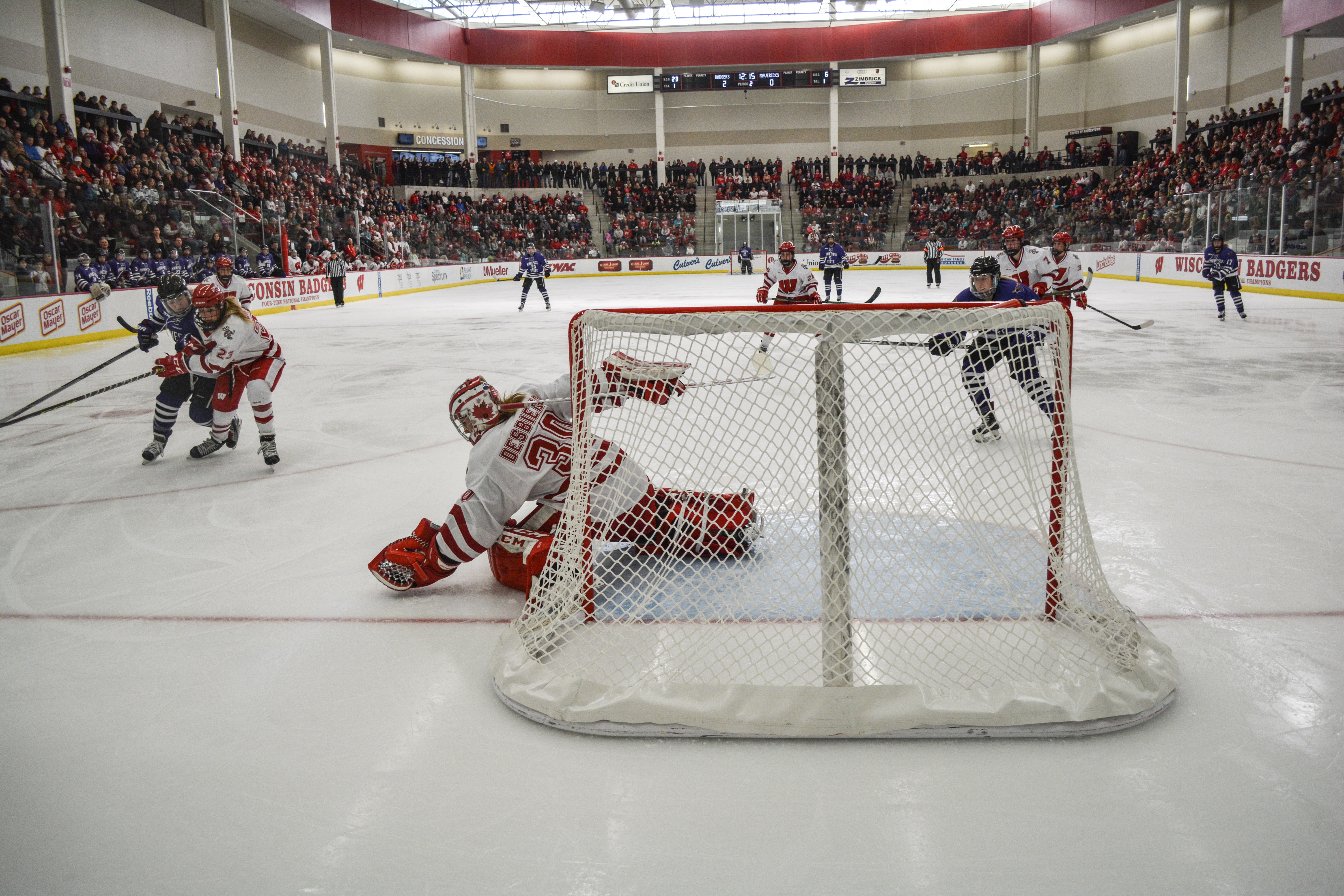 As current University of Wisconsin women’s hockey netminder Ann-Renée Desbiens advances into her final season of eligibility, speculation arises as to who head coach Mark Johnson will entrust to protect the UW goal at the beginning of next season.

There is some heavy competition for the highly-coveted spot, with Johnson recruiting two goaltenders out of high school and adding a third walk-on goaltender for the 2016-17 season. With three people vying for one position, it seems like there might finally be a clear frontrunner, the freshman from Oakville, Ontario: Nikki Cece.

Proud and excited to announce my commitment to the University of Wisconsin! #GoBadgers

The freshman always knew she wanted to be a Badger, and her early commitment is certainly a good indication of the passion that this young goaltender will show on the ice. One of the top reasons for Cece’s desire to be a Badger was the great netminders that came before her.

“I’ve been looking at this school for a while,” Cece said. “It was always my dream school, knowing that all these elite goalies came here before me and developed and there’s been great coaches. That was a huge reason why I wanted to come here, and it’s definitely been a huge honor to put on the jersey.”

Netminders like Jessie Vetter, Alex Rigsby and Desbiens were just some of the people that Cece spent much of her formative career looking up to. With these inspirations, it was clear that Wisconsin would be the only choice for this young star.

Of course, joining a team with a history of successful goaltenders, especially with a record-breaking one currently at the helm, Desbiens, is an intimidating feat. But when Cece finally got the chance to step in the net for the first time against the University of Minnesota-Duluth, she was elated at the vote of confidence that Johnson bestowed upon her.

“It feels pretty good, because I know that there’s some big shoes to fill,” Cece said. “[Desbiens] is an amazing goalie, and it feels good that he felt confident enough to put me in. I just stepped in, played my game, and tried to do the best that I could.” 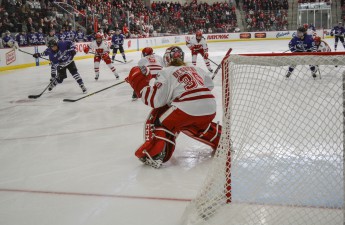 Though Cece and the Badgers lost their first game of the series, a sense of determination could be seen in the young goaltender, who buckled down and whose performance improved dramatically overnight. UW would come back to win the next night, and Cece would be able to notch her first career win, a much-deserved win against the No. 3 nationally ranked team.

With a rough start to her career at Wisconsin, the rookie impressed Johnson with how she handled herself against such a tough team. Even though the record might not have been exactly what Johnson wanted, he told UW Athletics that he was still happy with the results.

“[Cece] gave us an opportunity [against Duluth],” Johnson said. “She had 26 saves, and that’s a good way to start a career. The test was tough, the challenge was tough, but if we come out and score some goals, it’s a different momentum.”

Cece’s bounce back between games helped the young goaltender instill more confidence in her playing, something that she would need the very next week when she would again be asked to step in as goaltender, this time against Cornell University.

In a weekend sweep of Cornell over Thanksgiving, 3-0 and 5-2, Cece stopped 23 of 25 shots in her second and third career wins. The 3-0 blanket performance on Friday was the rookie’s first career shutout, coming at a perfect time for the Badgers as they approach a home series against rival, No. 2 University of Minnesota, this week. 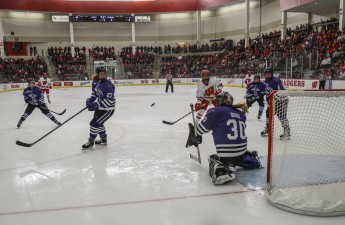 With the rest of the season ahead of her, and a potential to guard the Wisconsin net for the next three years, Cece isn’t going to be sitting by idly in the meantime. For now, one of this young hopeful’s goals is to keep improving gradually, so that if and when she finally does get the call to step up, she can say that she is ready to compete.

“Personal goals for me is just to compete every day,” Cece said. “I know we have great coaches here and there’s great players on the ice, and they’re always pushing me to get better. I think that I just need to make sure that I am competing every second on the ice and make sure that I am doing the little things right so that I can get better by the end of the season.”

While the newcomer has made an early stamp on the Wisconsin lineup this season, the team’s biggest test, Minnesota, will give her a look at what playoff hockey will be like. The Gophers knocked off the Badgers in the national semifinals a year ago, and Cece should combine with Desbiens to provide a dominant force in net.

The Minnesota series tips on Saturday and Sunday at LaBahn Arena in Madison at 3:30 p.m. CT and 2 p.m., respectively. Look for Cece to make her first step in the historic rivalry in her first season as a Badger.