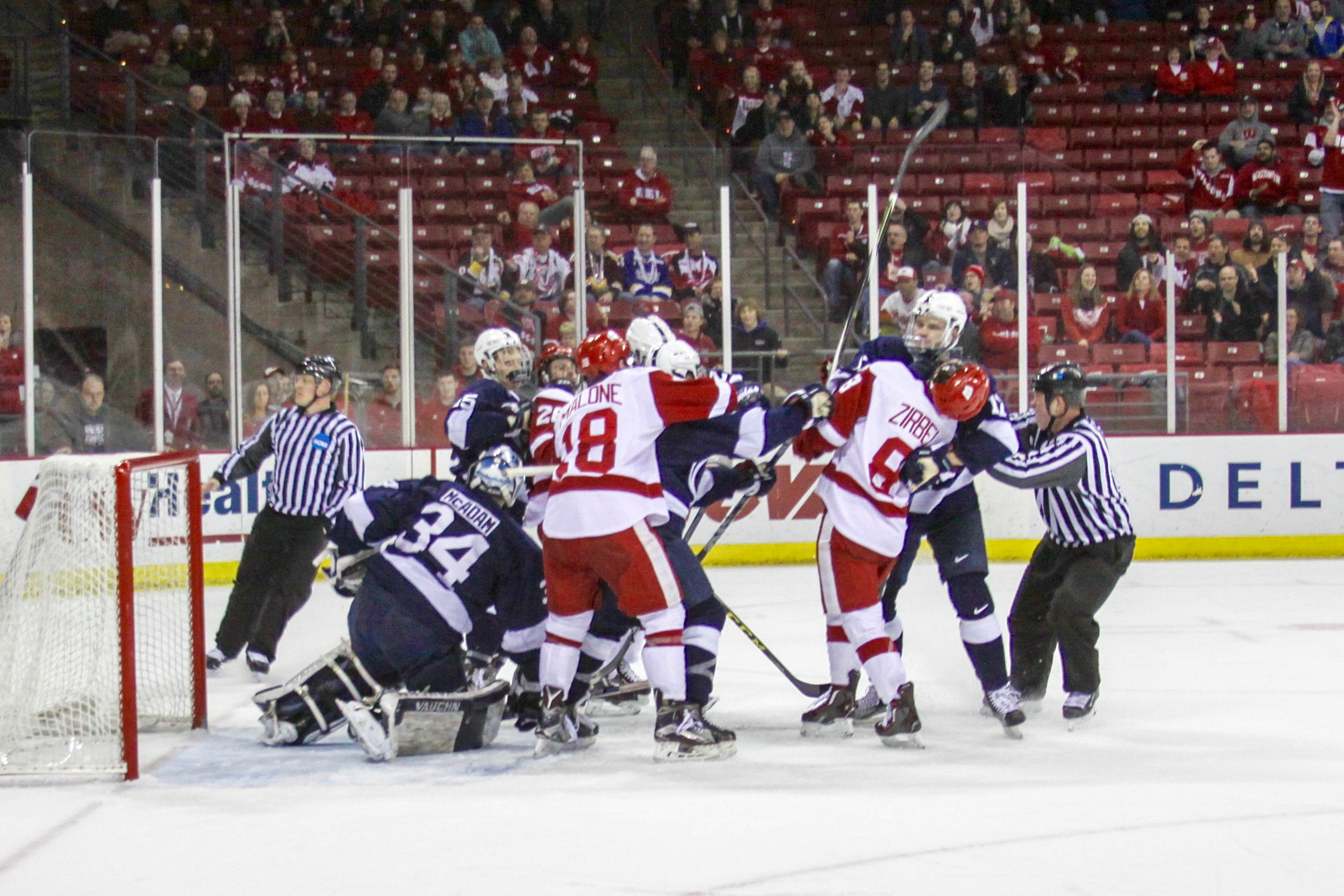 The University of Wisconsin men’s hockey team returned from the West Coast with a win and a loss after they beat Colorado College (3-8-0) Friday night before falling to No. 2 Denver University (9-2-3) on Saturday in an 11-goal thriller. UW now improves to 7-5 on the year and is one game away from their season total of eight a year ago.

The Badgers opened their weekend off in Colorado Springs, where they hadn’t won since the 2011 season, losing five straight games before ending the drought Friday. 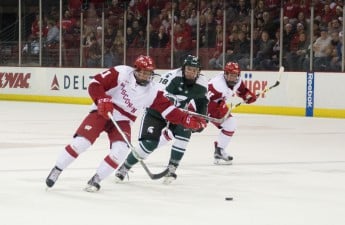 Despite dominating the first period and outshooting the Tigers 14-3, the Badgers were down 1-0 after a breakaway goal halfway through first period. The goal was the only blemish for goalkeeper Jack Berry, who stopped all of the other 11 shots he faced.

Momentum swung later in the period as Wisconsin drew a penalty with 13 minutes left in the period. The Badgers capitalized on the opportunity as they’ve done so many times already this season, tying the game at one on a shot from sophomore Will Johnson.

Just over a minute and a half later, the Badgers took the lead on a redirected puck by Grant Besse. The goal proved to be the game winner as Wisconsin stifled the Tigers offense the rest of the way.

The win over Colorado College was their third of the last four games, something they’ve done only three times this season. After the victory Friday, the Badgers headed north to play a dominant Denver squad at their home in the capital of the state.

Wisconsin opened the scoring 12 minutes into the game when Seamus Malone’s shot took a fortunate bounce off of a Denver defenseman before going in. 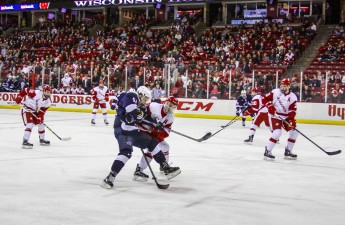 Men’s hockey: Badgers split series against Merrimack 1-1, continue impressive startIt was a tale of two nights as the University of Wisconsin men’s hockey team returned to action this weekend Read…

The lead didn’t last long, however, as the Pioneers scored two straight to give them the lead going into the second period.

Wisconsin lashed back just 16 seconds into the second period, with a power-play goal from sophomore Luke Kunin. The Badgers’ captain one-timed a pass from Grant Besse past Tanner Jaillet to tie the game at two.

Just as a penalty helped the Badgers tie the game up, a penalty against Wisconsin helped Denver take the lead and never look back. The Pioneers capitalized on a man advantage with 13 minutes left in the second period to take a 3-2 lead, which they only continued to add to. Denver added another goal 30 seconds later and a third with two minutes left in the period to give Denver a 5-2 lead going into the third.

The Badgers fought back valiantly in the third, trading goals with Denver to start the period before Wisconsin capitalized twice on a major power-play to bring the score to 6-5 with 7:30 left. Denver changed goalies after UW brought the score within one, a move that payed off as the Badgers were unable to put one past him to equalize.

The high scoring thriller with the second ranked team in the nation is a sign of drastic improvement for a Badger squad looking for a marquee win to push them into prominence. Wisconsin received four votes to be ranked in the NCAA top 25 this week, a mark that the program hasn’t reached in well over a year.

Wisconsin returns to the Kohl Center next weekend as they face off against Omaha University. The games are set for 7:30 p.m. CT Friday and 8:00 p.m. Saturday.