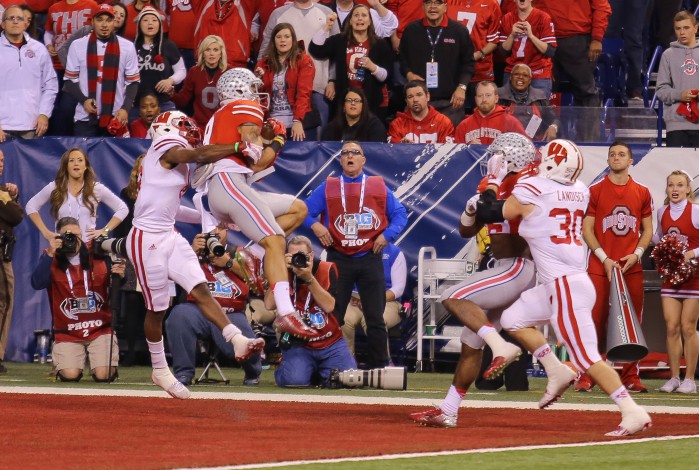 The nightmare of Dec. 5, 2014 brings Sojourn Shelton back to a dark place.

The 2014 Big Ten Championship Game wasn’t a night Shelton, or the entire University of Wisconsin football team, would like to remember. A 59-0 loss on one of college football’s stages was understandably embarrassing and shocking.

“Just a bad feeling, man,” Shelton said while invoking the memories from that game. “I think, for me, that was a dark place after that game. I lost a lot of confidence, just didn’t know how we as a team were going to respond, how I was going to respond.” 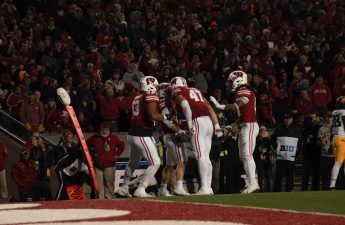 Football: Brotherhood between Leo Musso, D’Cota Dixon translates to success on fieldThe word “brotherhood” is thrown around loosely while describing teammates on a football team. Too often, that true weight of Read…

Now, Shelton, a senior cornerback with four interceptions in 2016, looks back on that game as motivation, especially as UW takes on Penn State (10-2, 7-1) in the Big Ten Championship Game Saturday night, the fourth time in six seasons UW will play in the conference’s title game.

“It wasn’t a fun game at all, and we just got outplayed the whole game,” Ogunbowale said.

Shelton said that game helped him achieve some perspective within the game of football. It was the worst loss of his life, not just in college, and was the lowest he had ever been on a football field, he said. What that night taught him, he said, was that giving up touchdowns, dropping interceptions or getting beat by receivers is not the end of the world.

“I think, overall, from that game, it still stings,” Shelton said. “But this is a totally different team from that year, and now it’s time for us to write our journey.”

Jazz Peavy, UW’s leading receiver this season, said though he did not play in that game or have a real role on that 2014 team, the Badgers have put the game in the rearview mirror. It’s easier since there are a lot of new faces who will be deciding the outcome of the game this time.

“I feel like that’s been flushed and forgotten,” Peavy said. “It’s a whole new year, whole different year and whole different style. Our whole thing going into this game is preparing for Penn State and coming out with a victory.”

UW introduced Paul Chryst as its new head coach about two weeks after the 2014 game. Though Chryst wasn’t on the sidelines for that one, he imparted advice for his players on how to look back on the game — with the goal of improving from it.

“I think that you’re always learning from and growing from situations, life experiences,” Chryst said. “You would hope that they take away things they did well, whether it’s in their preparation or actual handling of playing the game and things they didn’t do well. I think that you’re always wanting and needing to grow from experiences good or bad.”

Wisconsin listed redshirt freshman Alex Hornibrook as questionable with a concussion on its injury report Monday.

Chryst did not reveal much regarding Hornibrook’s status on a conference call with reporters Sunday. Hornibrook was still listed as the starter on the team’s depth chart, even though fifth-year senior Bart Houston was earning more playing time in the team’s platoon strategy. Houston played the entire second half against Minnesota after a hard hit knocked Hornibrook out of the game late in the first half.

Asked Monday who would play quarterback if Houston went down Saturday and Hornibrook wasn’t able to play, Chryst responded: “We’ll be all right.”

Freshman Karé Lyles is the only other quarterback currently on the Badgers’ roster.

For Penn State, James Franklin said Sunday on a conference call he expects star running back Saquon Barkley, who injured his ankle against Michigan State Saturday, to play.