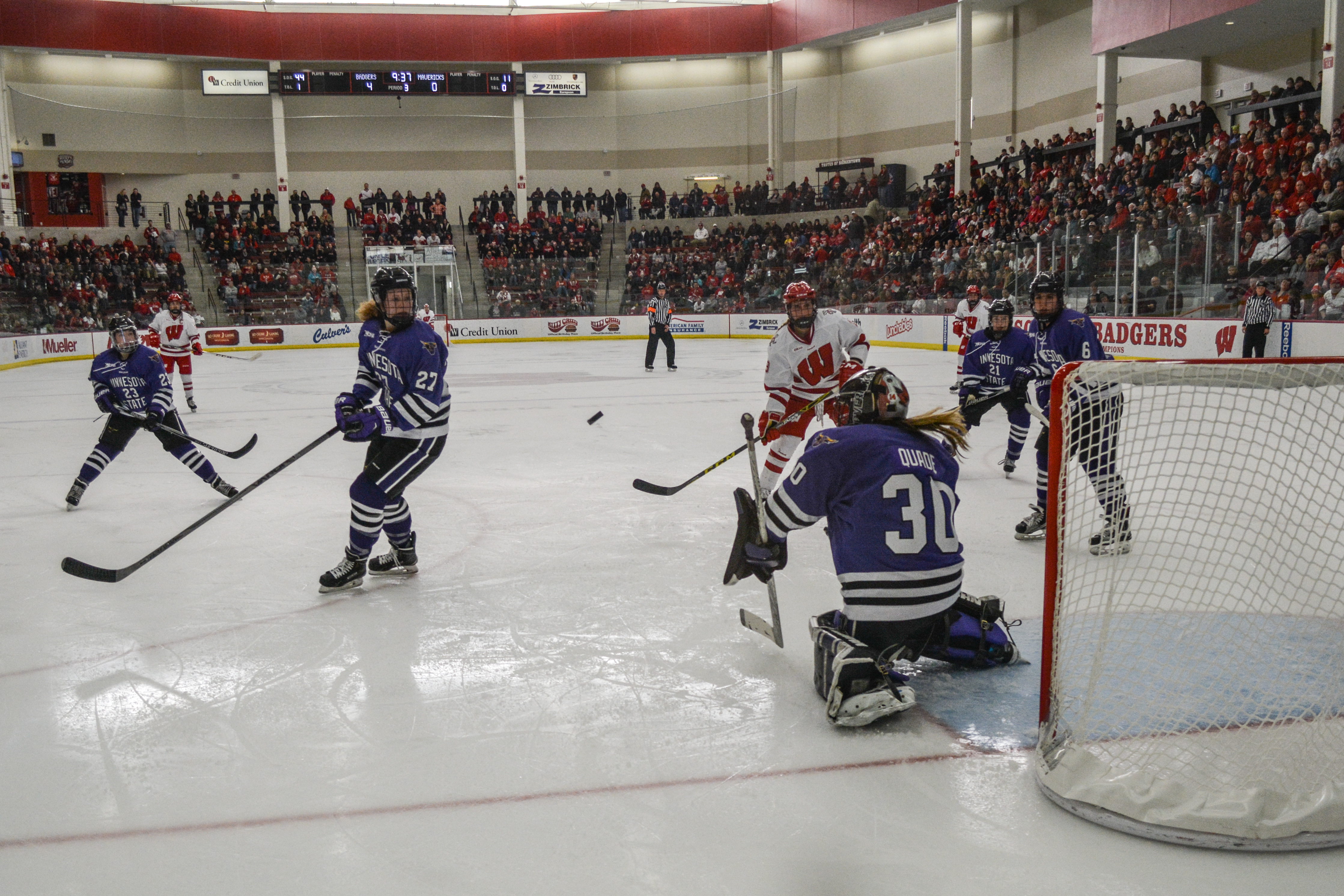 Wisconsin (12-1-1-0, 10-1-1-0 WCHA) ended an eight-game winning streak Friday night against the Bulldogs (8-3-3, 7-3-2 WCHA), who defeated the Badgers 4-1. The match highlighted key areas that the Badgers need to fix in their play, especially with their special teams.

Friday began what was an especially challenging weekend for one Badger, Nikki Cece. Cece, a freshman goaltender, took the spot of Wisconsin’s usual netminder, Ann-Renée Desbiens, this weekend, against the No. 3 ranked Bulldogs. 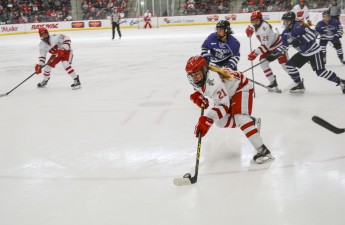 Women’s hockey: No. 1 Badgers face toughest test to-date with No. 3 Minnesota-DuluthAfter a much-needed weekend off to relax and recover from an intense month of competition, the University of Wisconsin women’s Read…

Even though they fell to a challenging team Friday night, Wisconsin head coach Mark Johnson knows that the challenge of having a freshman in net and realizes that mistakes will be made early on. Johnson told UW Athletics that this loss did not mean that the team was performing poorly, but that they needed to make sure that some minor issues were fine-tuned as soon as possible.

“Overall, we didn’t play poorly,” Johnson said. “We’ve just got to figure out how to get the puck to the net Saturday. That’s the big thing because the first period was good as we had a lot of scoring opportunities and their goaltender met the challenge. We had almost 50 shots in the game and had one crazy deflection go in for us, but we need more of that.”

Once Cece and the rest of the Badger team got their footing Saturday night, they began to resemble the same team fans saw two weeks prior. More shots were successfully finding the back of the net and Wisconsin’s top line was proving to be a dominant force.

One of the primary keys to the top line’s success was junior Annie Pankowski, who managed to record a natural hat trick Saturday. Pankowski, who had yet to previously score a single goal this season before this weekend’s contest, helped the Badgers shut the Bulldogs out Saturday night. This natural hat trick would be the first in Wisconsin history since Brooke Ammerman’s in 2012.

With Pankowski and the rest of her linemates leading the way, and Cece now feeling more confident in her goaltending abilities, the Badgers reciprocated the Bulldogs’ Friday night performance, ending the game with a 4-1 victory.

The Badgers come home Friday and Saturday to face Clarkson University. Fans should note that Saturday’s game has been changed to 8 p.m. to accommodate the Wisconsin football game at 2:30 p.m.