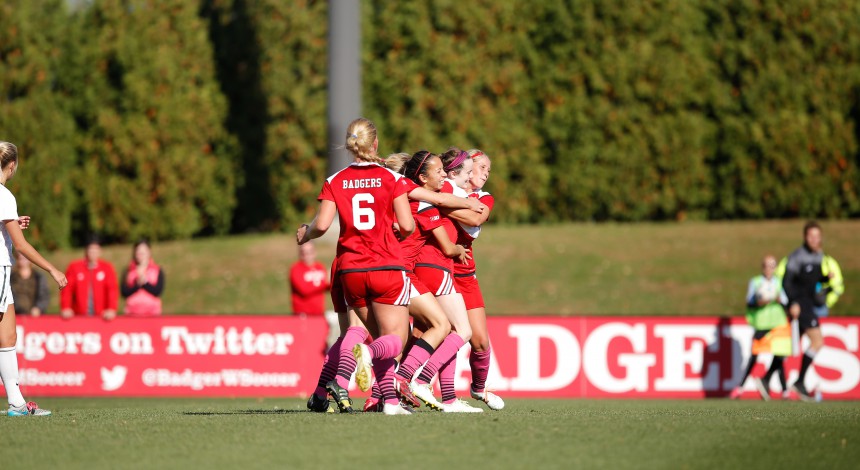 Sports can be cruel, and sometimes to a certain extent it almost appears as if the game taunts the players and fans.

It has been two years since the Wisconsin women’s soccer team qualified for the NCAA tournament. Oddly enough, the last time the Badgers advanced to the second round was that same year. In that 2014 season, Wisconsin beat DePaul University 2-0 at home and eventually lost to the University of Central Florida on the road, ending the Badgers’ season.

This season presents some striking similarities from the 2014 team’s run. Just last Friday, Wisconsin won the first round game at home, this time beating Marquette University. Now as the Badgers return to the second round for the second time in three years, they will travel down to Florida once again. This time, to battle the University of Florida Gators (16-4-1) Friday. 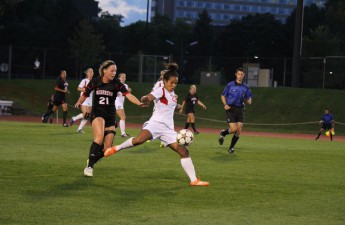 Women’s soccer: Badgers fall short of postseason success in Big Ten tournament before NCAA tournamentWhen the University of Wisconsin women’s soccer team took the field for the first time in the 2016 season, something Read…

Florida comes into the tournament as both the one seed in their quadrant of the bracket and the champions of the SEC tournament that featured a win over SEC regular season champs, University of South Carolina.

The Gators offer one of the best combinations of a high-powered offense and a stifling defense. In their last eight regular season games, Florida outscored their opponents 19-2 and outscored opponents 53-22 over the span of the entire season.

A majority of this offensive success has come from senior forward Savannah Jordan and her team-leading 16 goals. Behind Jordan are sophomore forward/midfielder Melanie Monteagudo with eight goals, and senior midfielder Meggie Dougherty Howard with seven. This Gator front will arguably be the most challenging offense the Badgers have faced all year.

Wisconsin made the tournament with an at-large bid from a season that featured a series of ups and downs. The Badgers started the season missing seven starters from a year ago and struggled to score for the majority of the season. While outshooting the majority of their opponents, Wisconsin struggled to take close games. This battle resulted in eight draws total, which is as many ties as the top five ranked teams have combined.

But this resilient bunch of Badgers still found a way to stay competitive. Facing Stanford University and the University of Notre Dame, two teams currently ranked in the top 10, Wisconsin dropped both matches. While this is normally nothing to marvel over, the Badgers managed to keep themselves in contention for both games with their superb defense led by goalkeeper Caitlyn Clem. Clem recorded her ninth shutout of the season in the tournament with a win over Marquette. 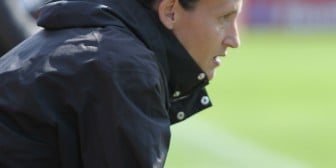 Women’s soccer: Head Coach Wilkins continues to build tradition of success in MadisonPaula Wilkins, University of Wisconsin women’s soccer team head coach, is one of the coaches with the most wins in Read…

Florida goalkeeper Kaylan Marckese also has nine shutouts under her belt. In head-to-head save percentage, Clem holds the advantage with .802, but Marckese is close behind with a .753 percentage. When it comes to saves, the two are near even with Marckese recording a total of 67 and Clem saving 65.

Wisconsin will need a strong showing from their defense once again if they are to pull off the upset. And in the meantime, they will look for some more clutch goals from their offense. In the win over Marquette, senior midfielder Rose Lavelle scored the game’s only goal. This was not her only game-winner either. 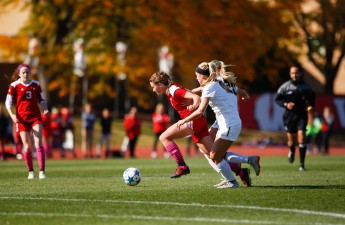 When the Badgers played Rutgers in the regular season finale, with Wisconsin trailing by one, Lavelle scored back-to-back goals to help the Badgers complete the comeback win 2-1. Wisconsin has also received offensive help from freshman forward, Dani Rhodes, who has a pair of game-winners herself.

Kickoff is scheduled for Friday, Nov. 18 at 6 p.m. in Gainesville.