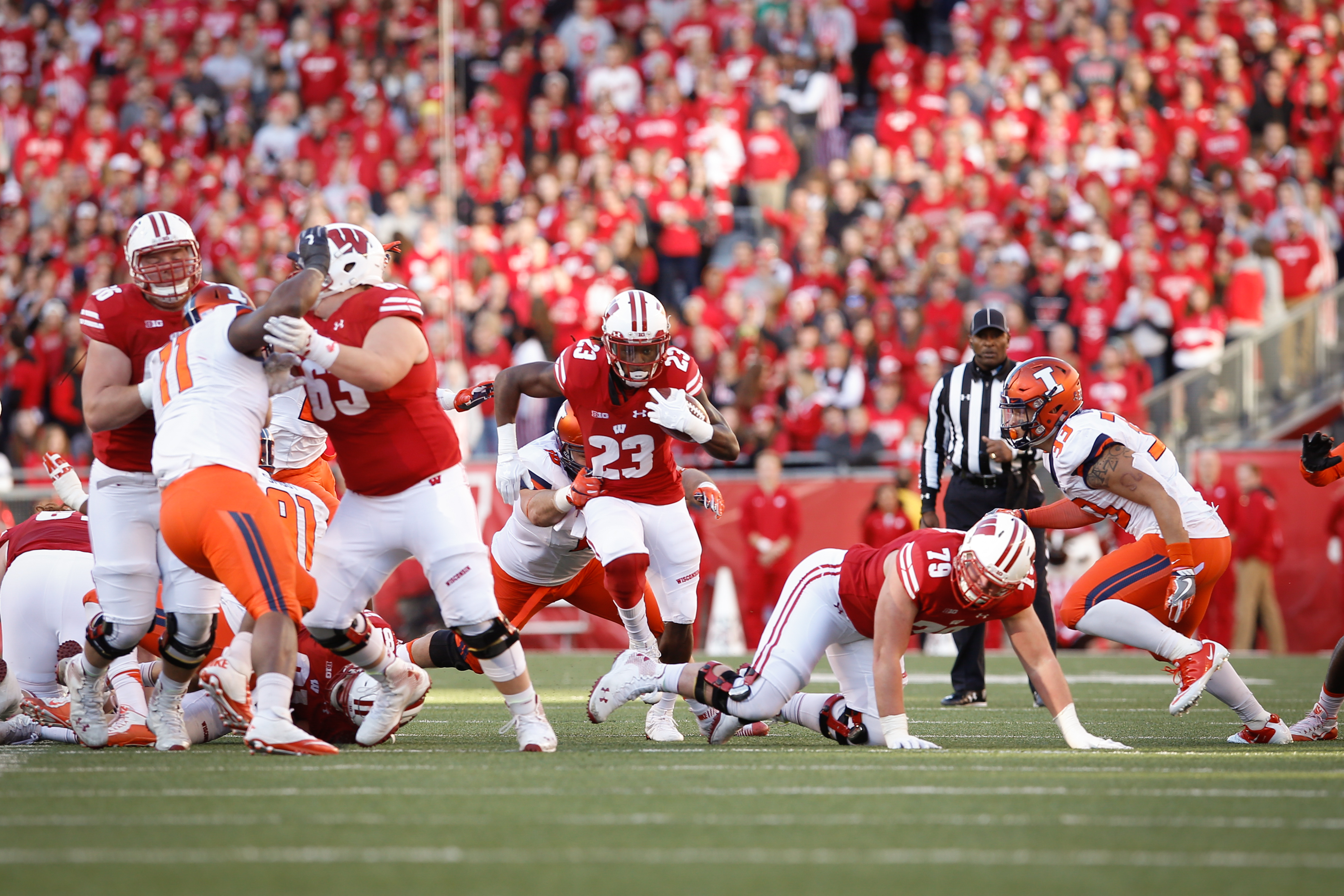 The last time the University of Wisconsin football team played a game that finished with a margin of more than two scores was in September, when a relatively unproven Badgers team marched into East Lansing, Mich. and came away with a 30-6-win over then No. 8 Michigan State University.

Back then no-one truly knew whether this team was for real, however, more than a month later, No. 7 Wisconsin (8-2 overall, 5-2 Big Ten) is in the debate for a spot in the College Football Playoff. Whether that fantasy will become a reality depends on future results, but no-one can debate the team’s play this season — by grinding out games against tough opponents week after week, the Badgers proved they are for real.

Saturday afternoon was a welcome change of pace from that trend, when the lowly University of Illinois Fighting Illini (3-7 overall, 2-5 Big Ten) came to Madison for Wisconsin’s homecoming game. The Illini did not pose a threat and the matchup wasn’t marquee by any means; it was imperative for their credibility that Wisconsin deliver a sizable defeat, and that they did.

During the Badgers’ 48-3 victory, the team almost had three running backs break 100-yards rushing. The Badgers’ defense was suffocating and combined for four interceptions while allowing its opponent just three points. Senior Leo Musso, who’s having a career season, accounted for two of those interceptions, though it should be noted on the second that fellow senior Sojourn Shelton did most of the heavy lifting by kicking the ball up for Musso while falling out of bounds, backwards.

“[Shelton] deserves the credit,” Musso joked afterwards. “If there was an assist category, he definitely would’ve earned that. He kicked the ball up and made my job pretty easy … we executed it perfectly.”

While Musso joked about the interaction, stating that the two had been practicing the play all week, he did use a word that many players and coaches used seriously to describe how the team played Saturday — execution. Wisconsin finally got a break from grueling opponents (Michigan, Ohio State, Nebraska, Northwestern) and instead of regressing like they did earlier in the season against Georgia State University, they executed everywhere they needed to.

The Badgers finished the game going a perfect 8-8 in the red zone and converted on more than half of their third down conversions (7-13), they even showed their audacity by converting a fake-punt rush for a first down.

Making the College Football Playoff seems like a one scenario-possibility at this point — win the Big Ten Championship. Only two games remain before then for the Badgers, away at Purdue University next week, followed by a matchup in Madison with University of Minnesota the following week. The only way Wisconsin gets there is to keep executing like they did Saturday.

As head coach Paul Chryst pointed out, the win over Illinois showed his team do everything it needed to, correctly.

“I think [the key factor] was execution,” Chryst said. “The guys did what they should do and we’ll take a look at the game and see that there were some good performances … if you’re going to run the ball it’s going to take everyone.”

Everything Wisconsin has done to get to this point puts them in striking distance to make the College Football Playoff should they win out.

The CFP is still weeks away and nowhere near on the mind of Wisconsin yet, but should they continue to execute as they did Saturday when it was expected of them, if they continue to grind it out against the teams they “shouldn’t”, they may just find themselves in the midst of a historical season. Especially when the team clicks the way it showed tonight just by doing what it was supposed to.

Wisconsin just has to follow one simple formula which got them to this point — execute — and good things should follow.