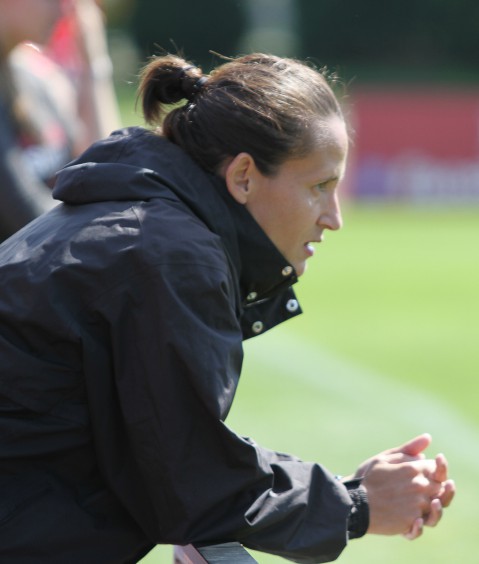 Head coach Paula Wilkins is hoping the Badgers will return to their early-season form this weekend against Nebraska, where UW is searching for just its second Big Ten win.

Paula Wilkins, University of Wisconsin women’s soccer team head coach, is one of the coaches with the most wins in program and NCAA history. Known as one of the most revered coaches in the sport, Wilkins has spent the better part of the decade turning the Badgers into a powerhouse in the Big Ten and the country.

In 2007, Wilkins began her tenure as the head coach of the women’s soccer team. Having previously spent the last 13 years at Penn State as an assistant for seven and a head coach for six, Wilkins was a part of a team that won numerous titles, including NCAA appearances in all but one year.

But the storied coach decided to make the transition to the Badger state and still remembers the competitive drive that brought her to Madison all those years ago. 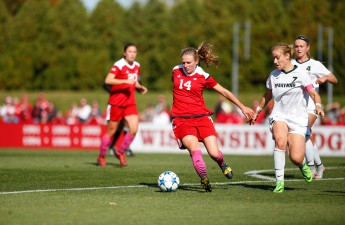 “It was a pretty awesome challenge that I don’t think many coaches would do,” Wilkins said. “Taking a team that’s at the bottom of the Big Ten and take it to the top. I thought that would be a cool challenge, so I took it. That’s why I’m here.”

Now in her 10th season at Wisconsin, Wilkins has built a reputation for her group as one of the toughest in school history. After finishing 6-11-1 in her inaugural season, Wilkins went on to finish with a winning record in every season but one. In that time, Wilkins led her team to a Big Ten regular season and tournament championship, along with four NCAA tournament appearances.

Winning is hard enough, but winning in the Big Ten and in the NCAA tournament is another level. In the midst of all the coaching changes that have occurred at other schools over her decade at the helm, Wilkins has still managed to stick to the formula when it comes to success.

“We start with the culture,” Wilkins said. “Part of that is the expectation to maintain the foundation we’ve built here. Once they learn that, then they can pass that from one to another.”

In the category of Big Ten coaches with 10 or more years of experience, Wilkins leads the group in win percentage with .706. Wilkins’ 217 wins also rank her at third in the Big Ten all-time for career coaching wins. Wilkins has been awarded Big Ten Coach of the Year six times.

Last season, Wilkins took a Wisconsin team that started 3-4-2 and led them to a nine game unbeaten streak. That run helped propel the Badgers to their first regular season Big Ten Championship in 21 years. 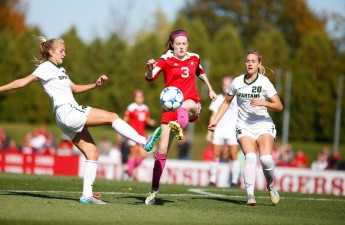 This year, missing seven starters from last season, Wisconsin still managed to go an impressive 8-4-8. After a sluggish start, the Badgers surged late in the season and went on another lengthy unbeaten streak of six games.

Despite the dominant turnaround, the squad fell short during the quarterfinals of the Big Ten tournament against University of Michigan Sunday and wont return to the NCAA tournament. The loss in penalty kicks after double overtime to the Wolverines would be hard to overcome for even most storied coaches — but not for Wilkins.

Though a team may be judged by wins, losses and championships, Wilkins gets a different rewarding feeling that does not come with a trophy or a medal.

“At the end of the day, I like watching players develop as a part of their journey,” Wilkins said. “They aren’t just athletes, so it’s nice to see them develop as people. That, in my heart, is what makes me happy.”

The Badgers and Wilkins now look toward the spring season to reload and prepare for a more dominant start next fall.