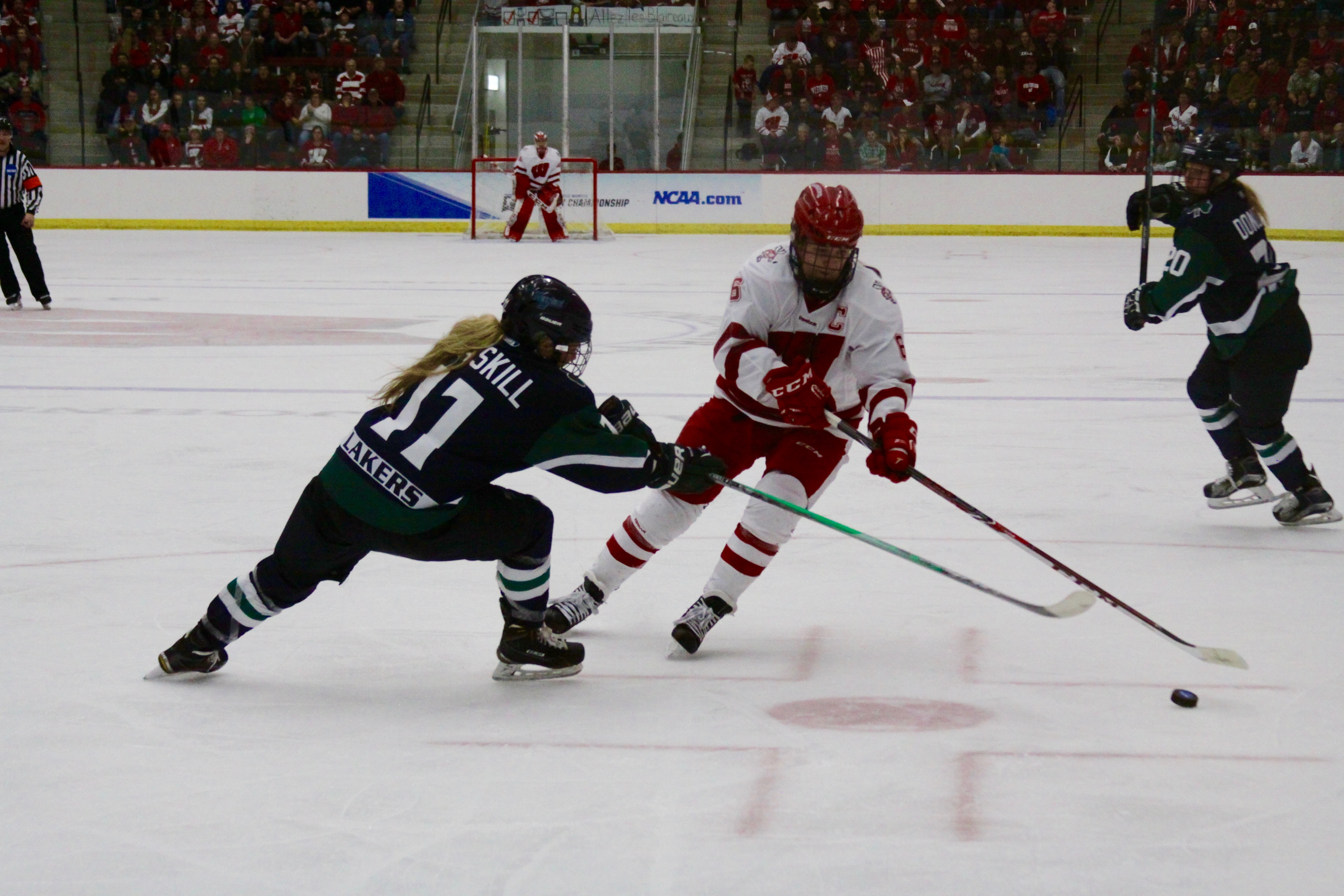 The University of Wisconsin women’s hockey team will come back to LaBahn Arena this week, still unbeaten and still the No. 1 ranked team in the country.

The Badgers (9-0-1, 7-0-1 WCHA) continued their impressive five week winning streak against Minnesota State University-Mankato this weekend, topping the Mavericks 3-0 Friday and 3-1 Saturday. Wisconsin managed to top off Mankato, even with heavily modified lines due to the absence of two key players.

UW was without key forwards Annie Pankowski and Samantha Cogan this weekend. Pankowski, who is also expected to miss the Badgers next game against Bemidji State University, is currently competing with Team USA in the Four Nations Cup.

Even with their first and third lines severely modified, the Badgers still managed to sweep Mankato over two nights of intense play. The Badgers and their star goaltender Ann-Renée Desbiens held the Mavericks off through six intense periods, clinching their third weekend sweep this month.

UW has been successful for this long this season due to the emergence of dominant scorers in their last few matchups. Their matchup against Ohio State University saw junior Emily Clark emerge and clinch a win in crunch time. Senior Sarah Nurse stepped up and made an impressive five goals against the then-No. 7 University of North Dakota to help the Badgers defeat top ten foe. 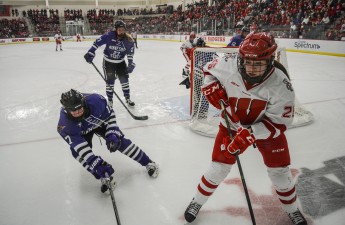 This weekend, junior Baylee Wellhausen got her chance in the UW spotlight, when she helped the Badgers skate away from Mankato Saturday. The Badgers had been a point behind the Mavericks until senior Mellissa Channell helped to tie the game up 1-1.

Wellhausen would then time two well-placed pucks into the Mavericks net during the second period, helping the Badgers hold down Mankato by a two-point deficit. This would be the safety net that the Badgers would need to win the game, and Wellhausen told UW Athletics that helping to solidify this win felt great.

“It felt really good to get the win today,” Wellhausen said. “It was definitely a battle, I think that the team pulled together and pulled off the win and it feels more victorious when you have such a battle like that.”

Even with such a modified roster, Wisconsin head coach Mark Johnson was proud of the effort that he saw from his team this weekend. With Pankowski’s absence continuing into next week’s matchup against Bemidji, Johnson knows their next home game is going to mark the end of a difficult, but successful, stretch of playing.

“The kids played well and hard,” Johnson said. “We’re missing a few people this weekend but the kids got an opportunity and played extremely well. Now we’ve got an extra day of rest before the Saturday and Sunday series, and then a weekend off. We’re getting better which is the most important thing.”

The Badgers come home to LaBahn Saturday to take on Bemidji. After almost a month on the road, they will play one last weekend before earning a much-deserved week off.