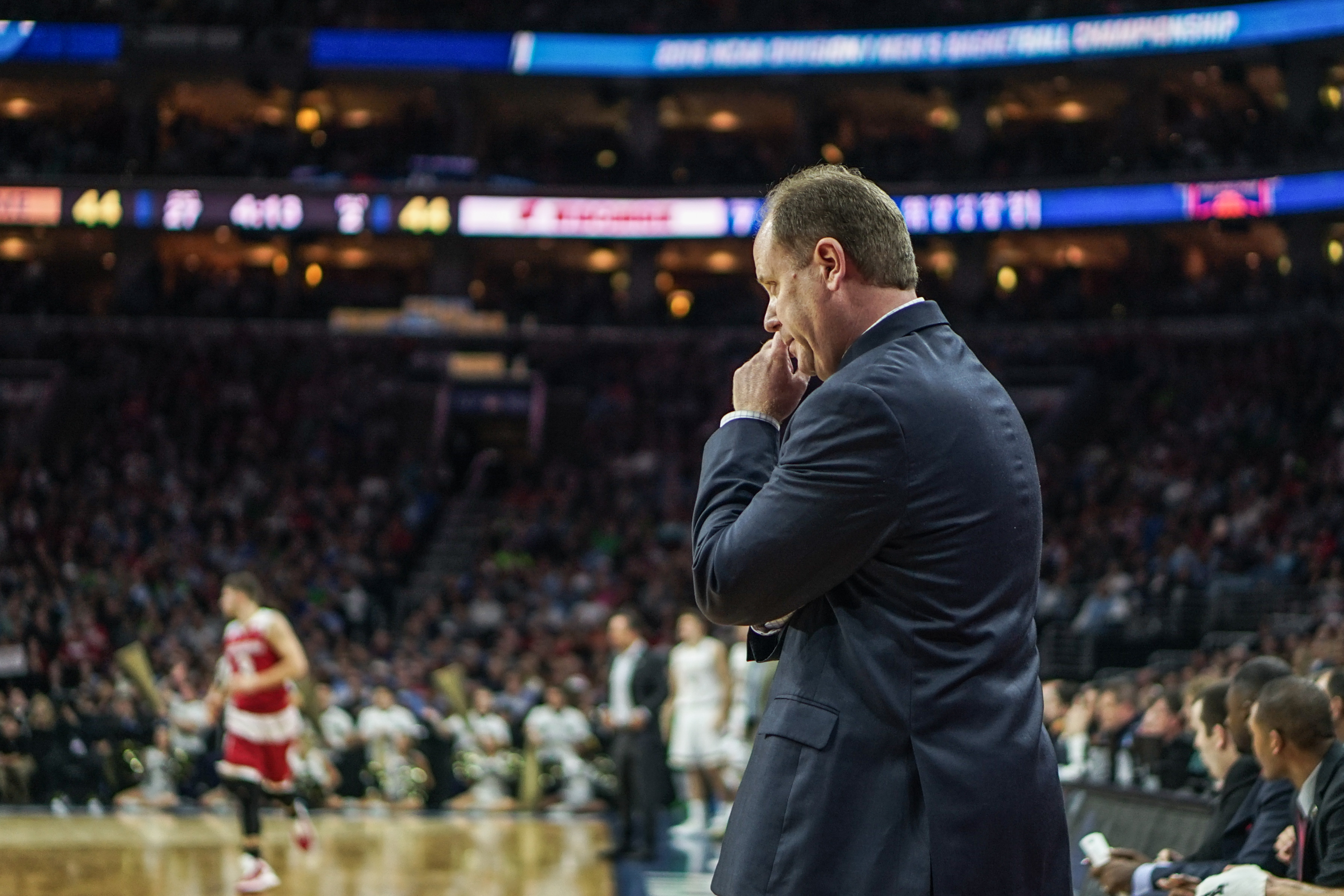 Head coach Greg Gard and the No. 10 University of Wisconsin men’s basketball team opened up their 2016-17 season against their coach’s alma mater at UW-Platteville and their head coach, Jeff Gard.

While the early exhibition game was a good chance for the Badger faithful to see their preseason 10th ranked team for the first time this year, the two Gards helped set up the game to raise awareness for brain cancer, a disease that took their father one year ago. The two brothers in partnership with the UW Carbone Cancer Center curated the matchup, which served to ease the pain of dealing with a tragic anniversary and acknowledging the work of researchers and doctors working on a cure.

“Hopefully we can put a positive spin on this and I told the team how inspirational they are to people,” Greg Gard said. “They have the ability to put the smile on someone’s face who has to go back and fight this disease.”

Cancer survivors lined mid court during halftime at which time anyone who is or has known someone who has struggled with cancer was asked to stand, and the majority of the Kohl Center rose to its feet. In honor of their father, Glen Gard, the brothers filled a seat in between the benches and away from Glen Gard’s normal seat behind the Wisconsin bench with flowers to show their father’s lack of favoritism. 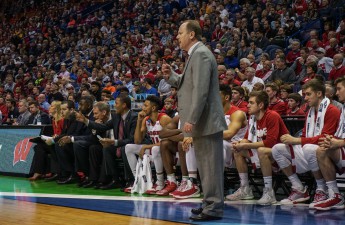 While neither coach was on hand to witness the halftime honor, hearing about the moment definitely struck a chord. Both coaches talked on how the game was a great thing to be a part of and definitely beat the alternative of not having a game on the day.

Despite a strong showing from the Pioneers, the Badgers held on 86-58 behind promising performances from a whole slew of new and old faces. While UW-Madison returns 99.8 percent of their minutes played from a year ago, Greg Gard was able to use the game as an opportunity to try out the likes of new additions in redshirt freshman Brevin Pritzl, true freshman D’Mitrik Trice and sophomore Andy Van Vliet.

The three made a limited but solid presence on the game with the starting lineup playing 54 percent of the minutes for the Badgers. Probably the most impressive of the bunch was D’Mitrik Trice, brother of former Michigan State University point guard Travis Trice, who recorded 12 minutes on the day and two assists. The performance from D’Mitrik Trice certainly made an impact on Greg Gard, who talked on the maturity and development of the young freshman on such an experienced lineup.

“Trice has taken the steps in practice to earn the time he got today,” Greg Gard said. “He’s a freshman but he’s young and he’s poised and I like his moxie. He’s well advanced for his age.”

Even with the emotion of the day, both coaches responded with the same intensity and passion that fans of each team have come to know. Jeff Gard, currently in his 13th year as head coach of the Pioneers, paced up and down to the court and willed his team to a 44-34 halftime deficit before falling short in the second half. Greg Gard, a second-year head coach at Madison and former six-year assistant coach at Platteville, displayed his typical and more mild-mannered approach in his first coaching debut since being given the head job from Wisconsin legend, Bo Ryan, mid-way through last season.

“Win or lose today, this program won,” Jeff Gard said. “It was much more than just a basketball game today.” 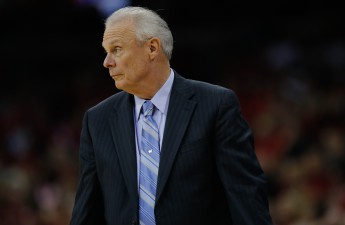 The Gards weren’t the only brothers facing off for the first time this weekend. Fifth-year senior guard Zak Showalter matched up with his junior brother, Jake Showalter. Jake Showalter transferred to Platteville after two years at North Dakota University just in time to play his brother in his final year in Madison.

The game was an interesting matchup for a duo that won a state championship together back in 2012 before Zak Showalter left for Wisconsin. Jake Showalter, however, continued the success that the two had built and won two more state championships before heading to North Dakota.

“It was a lot of fun and we were just very lucky to get this opportunity to play against each other,” Jake Showalter said. “Like coach said, we’re making an impact and that’s the big picture here.”

With expectations sky high for the Badgers and a brutal non-conference schedule, which includes a trip to the Maui Invitational, featuring several powerhouse squads, the Sunday game provided a good sense of the what is to come in the 2016-17 season. The younger additions have a clear learning curve to overcome, but the veterans look poised and ready to get them up to speed. 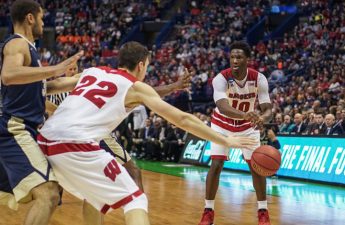 It wasn’t the prettiest or most dominant performance from the Badgers, but was a fun way to celebrate the life and work of those affected by brain cancer. Greg Gard was pleased with the depth on the team, but acknowledged all the work that still needs to be done around the basket.

“I told the guys, make the most of every chance you get in however many minutes you get,” The Badger coach said. “We’ve got some decisions to make going forward.”

UW-Madison stays home for the next two weeks in anticipation of their regular season opener with the University of Central Arkansas at home Nov. 11.