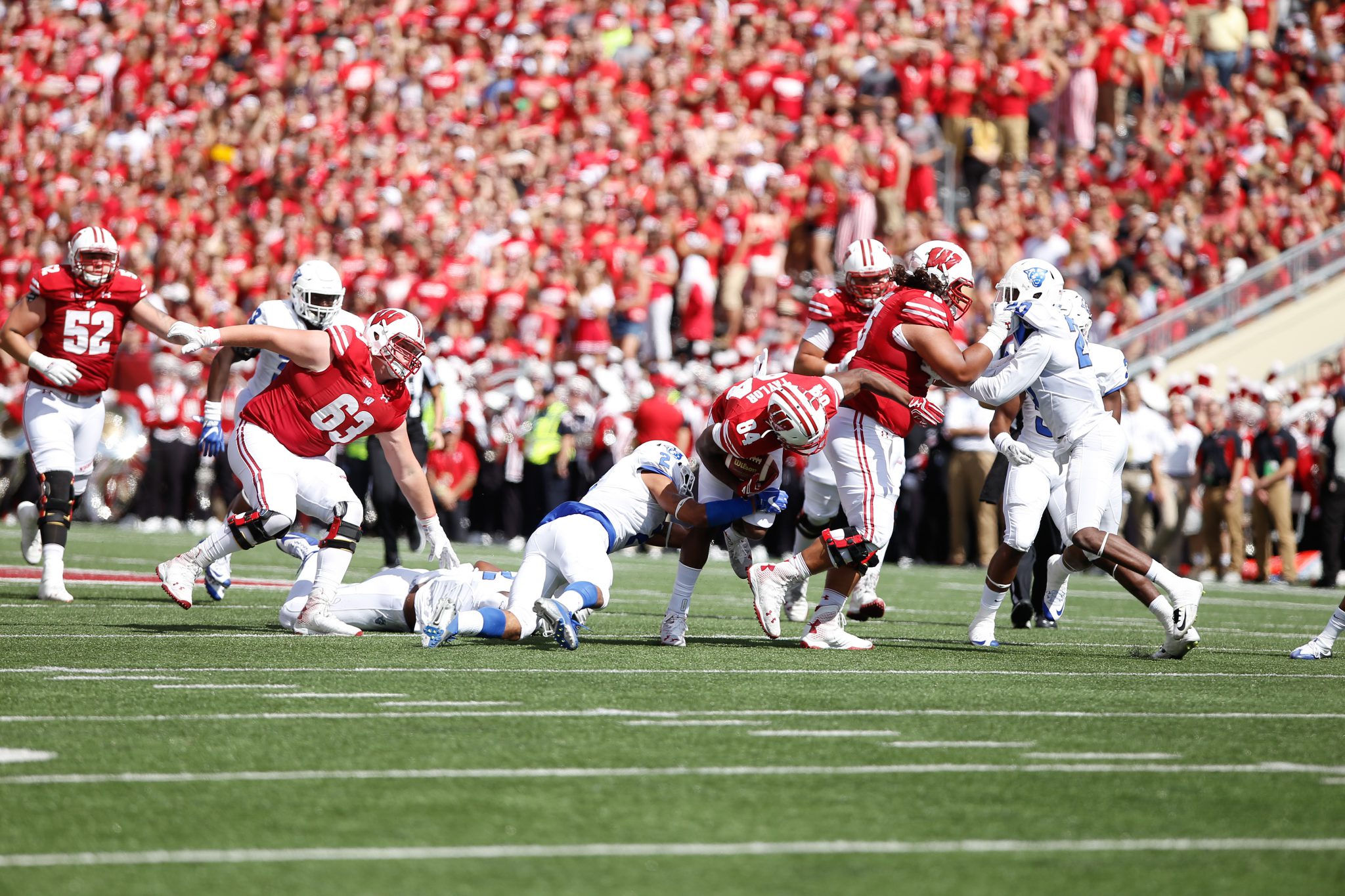 Each player on the University of Wisconsin football team’s defense will be keyed into No. 16 of Ohio State University come Saturday night, when the Badgers welcome the Buckeyes in a premier top 10 matchup.

No. 16 is J.T. Barrett, OSU’s stud redshirt junior quarterback. The guy can do it all. Everyone, including the Badgers, knows it. Contain him, and UW’s chances of winning will vastly increase. That is easier said than done, according to redshirt sophomore inside linebacker T.J. Edwards.

“I think he’s so good in both passing and with his feet,” Edwards said Wednesday when asked which aspect of Barrett’s game sticks out to him the most. 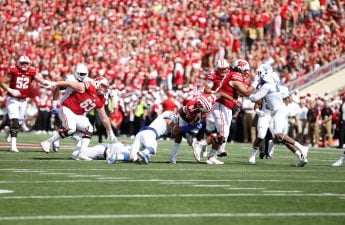 In Edwards’ film study of the Irving, Texas native, he noticed Barrett is not only one of the best athletes on the field, but also among the smartest. The way he orchestrates the No. 2 OSU (5-0, 2-0 Big Ten) offense, Edwards said, is impressive.

“I think he’s got a really good understanding of what’s going on,” Edwards said.

Since the 6-foot-2, 222-pound Barrett poses a significant dual-threat, the No. 8 Badgers (4-1, 0-1) will have to account for his running abilities every drop-back. There’s only so much the defense can concentrate on during practice, Edwards said, so it’s not like they necessarily carve out extra time to practice defending quarterback scrambles.

But if the Badger defense stays true to its base schemes, Edwards said, they have confidence they can at least slow Barrett down through the air and on the ground.

“He is a really good one, because everything goes through him,” Chryst said. “He’s got poise. He knows what they’re doing, what they’re trying to affect on each play and he makes really good decisions.”

Barrett’s combination of skill and smarts; speed and arm strength, have translated to gaudy numbers on the field. As the Buckeyes’ starter during the 2014 season, he talked himself into the Heisman conversation before breaking his ankle against Michigan during the final regular season game. That meant the Badgers didn’t face him during the 59-0 Big Ten Championship loss. Cardale Jones then led the Buckeyes to the national title after demolishing UW, and the two essentially split quarterback duties last season.

With 86 career touchdowns (60 throwing, 26 rushing) Barrett is three scores away from surpassing Ohio State’s all-time career touchdown record, which is currently held by Barrett’s predecessor, Braxton Miller. In 2016, Barrett has led an Ohio State attack that averaged 53.2 points and 531.6 yards per game.

Barrett’s last game, against Indiana, saw a downward trend in his passing numbers. He completed just 9 of his 22 passes, with a touchdown and an interception. But on the ground, he carried the ball 26 times for 137 yards and a touchdown.

Edwards won’t let that get the Badgers’ hopes up.

“It’s going to be a challenge,” he said.