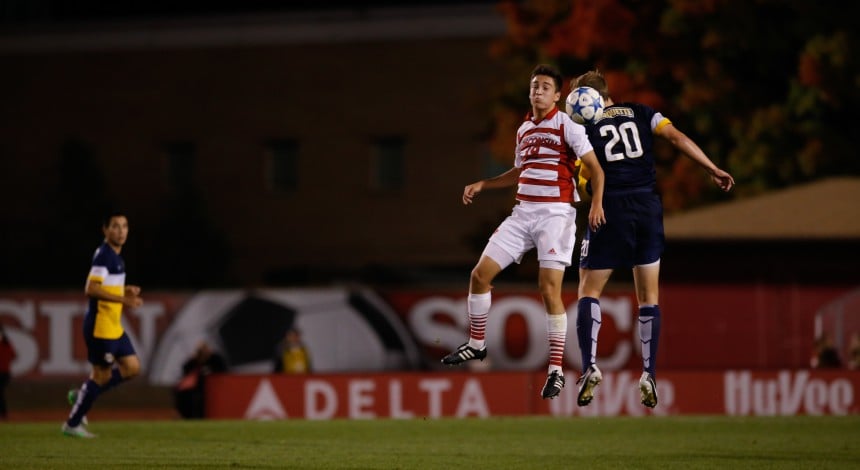 That must be how the University of Wisconsin men’s soccer team feels the day after their 1-0 victory over in-state rival Marquette University.

The Badgers were outshot 15-7 in the match, including a 4-3 deficit of shots on goal. Plenty of Marquette’s chances came on corner kicks, a category in which the Golden Eagles held an 8-2 advantage over Wisconsin. The win elevated the Badgers’ record to an impressive 6-2-1 overall, officially surpassing their five-win total from the team’s 2015 campaign.

The lone goal of the match came at the 21:30 mark in the first half, when junior midfielder Mike Catalano put his only attempt of the game into the back of the net. The score came on a counter-attack catalyzed by senior midfielder Brian Hall, who found a racing Catalano carving through the Golden Eagles’ defense. 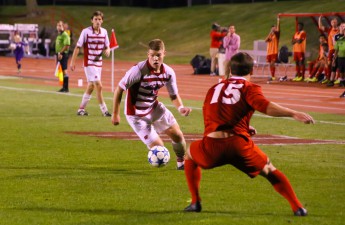 The Badgers also managed to continue their defensive hot streak. The shutout against Marquette marked the team’s third consecutive game of holding an opponent scoreless. Wednesday’s clean sheet was the fourth of the season for starting goalkeeper Phillip Schilling, who was forced into delivering three saves on the night.

Though the final product was a scoreless effort, UW’s defense was still tested throughout the night. This became especially clear at the end of the match, when the Badgers conceded two free kicks in the final minute of play.

Junior midfielder Alex Masbruch saved the first, while the second sailed safely over the net for the Badgers to end the game with their 1-0 lead intact. The rivals played each other with grit for the entirety of the match, with each team recording a total of 10 fouls before the final whistle. But neither team was charged with even a single booking as both squads showed outstanding sportsmanship by moving on after chippy plays.

The Badgers now turn their focus to their next matchup against No. 21 Michigan State University on the road in East Lansing Sunday. Having won three consecutive games, the Badgers will certainly look to bank on their recent momentum as they head into a hostile environment to take on a ranked Spartans team.