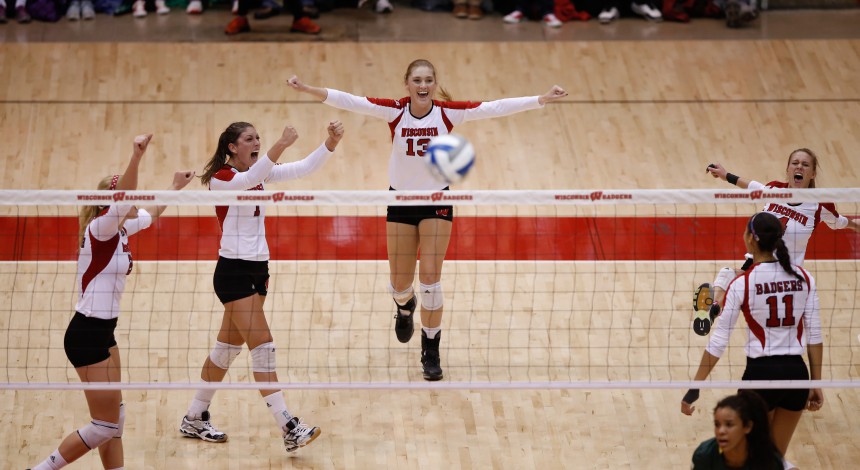 The University of Wisconsin women’s volleyball team continued their winning ways this weekend with a pair of road victories over then-No. 14 Purdue University Friday and Indiana University Saturday.

The No. 2 Badgers (12-1, 4-0 Big Ten) have now won seven straight games since falling to then-No. 11 University of North Carolina, with four of these wins coming against ranked opponents.

Head coach Kelly Sheffield and the Badgers were aided by the return of junior outside hitter Lauryn Gillis this weekend, who had been sidelined with an ankle injury for the past three weeks.

“Before her injury I thought she was playing at an All-American level,” Sheffield said. “Happy this weekend to get Gillis back in the lineup and try to work her back in.”

The return of Gillis, however, came with the simultaneous loss of another Badger.

“It seems like there is this invisible baton being handed off,” Sheffield joked. “It’s literally the day we get Gillis back, Lauren [Carlini] injures her hand … then [Amber] McDonald takes about the hardest ball I’ve ever seen anybody take to the face … So we’re still not sure how much longer she’s gonna be out.” 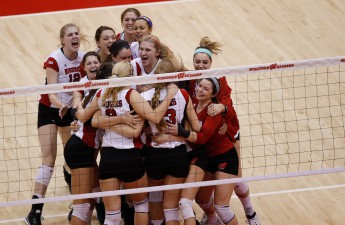 Volleyball: No. 3 Wisconsin silences any doubt of road strugglesDespite facing a 2-1 deficit to then-No. 14 Purdue University Friday night, the No. 2 University of Wisconsin volleyball team Read…

Injuries may have been a bigger issue in the past for the Badgers, but this year’s roster depth has allowed coach Sheffield to adjust his lineup while still maintaining winning results.

“Our depth is a little bit so that we can move some people around,” Sheffield said. “Now part of it is; we’re getting people back, how do the pieces fit together?”

Despite these cyclical injuries, the Badgers continue to step up and excel. Wisconsin is already off to a hot 4-0 start in the Big Ten, a conference that currently boasts nine ranked teams.

This week, UW travels to Rutgers University (4-13, 0-4 Big Ten) Wednesday and returns home for a battle with No. 24 Illinois (10-5, 3-1 Big Ten) Saturday night as the Badgers hope to bring home their eighth and ninth consecutive wins to help stay atop the competitive Big Ten conference.

Despite their outstanding play of late, coach Sheffield only sees room to improve.

“We see so much more area that we can get better at,” Sheffield said. “Hopefully we continue to get healthy and we’re able to work on some of these connections.”

As the Badgers continue to battle through injuries, such as the one to senior setter Lauren Carlini, they hope to do so in dominant fashion by staying perfect in the Big Ten and taking another step closer to a national championship.