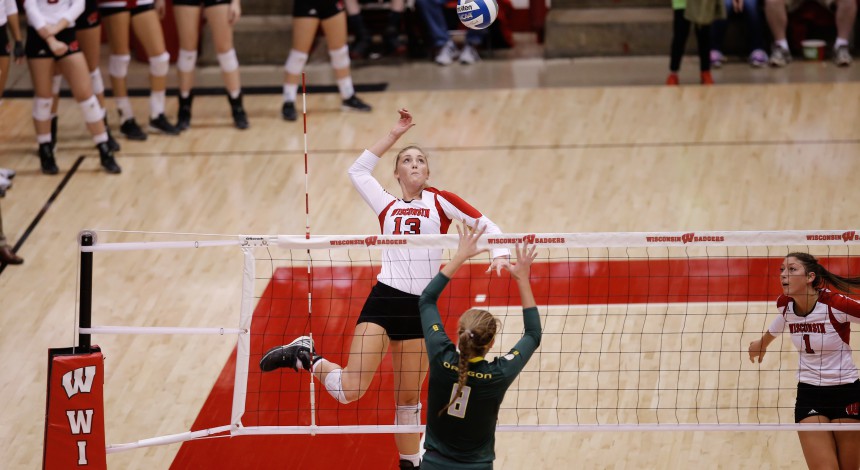 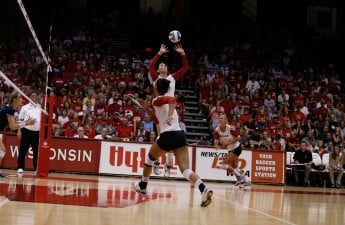 Volleyball: No. 3 Badgers kick off conference play against Ohio Sate, MarylandThe University of Wisconsin volleyball team opens up Big Ten play this weekend with a two-game stint against No. 19 Read…

The Badgers open this weekend’s Indiana road trip in West Lafayette against No. 14 Purdue University Friday night, where they take on a Boilermakers team that has won nine of its last 10 games.

Purdue University and Indiana University combine for a staggering 23-5 a record overall, but a much less-daunting 2-2 in conference play after both teams split their first two Big Ten matchups to start the season.

With key wins over teams such as No.8 Stanford University and No. 9 Kansas University, the No. 14 Boilermakers (11-2, 1-1 Big Ten) might be even better than their rank suggests. In Purdue’s win over the Cardinal earlier this year, the Boilermakers went on the road to Palo Alto as part of the Stanford Invitational and sent the host team packing in the first round.

Coincidentally, Purdue’s most recent victory came against Indiana last weekend, meaning that Friday’s night battle should be a good measuring stick for how the Badgers should look against Indiana the following day.

If facing a team as talented as Indiana in front of its home crowd wasn’t a tall enough order to begin with for UW, the Badgers’ scheduling for this weekend should certainly do the trick.

Even excluding the time it will take to cover more than 100 miles of ground, Wisconsin will have to rally this weekend to overcome a less-than-24-hour turnaround time between Friday night’s battle with Purdue and Saturday’s matchup against Indiana.

The Hoosiers (12-3, 1-1 Big Ten) kicked off the season with a hot start, rushing ahead to a 9-0 start, but have since fell into somewhat of a rough patch after losing three of their last six games.

Look for Wisconsin veteran players such as senior setter Lauren Carlini and junior outside hitter Kelli Bates to be more aggressive out of the gate and take an early command to crush the will of a Indiana team looking for its first marquee win of the season. With the No. 3 Badgers rolling into town on such short rest,  Saturday could be a golden opportunity for the Hoosiers to do so.