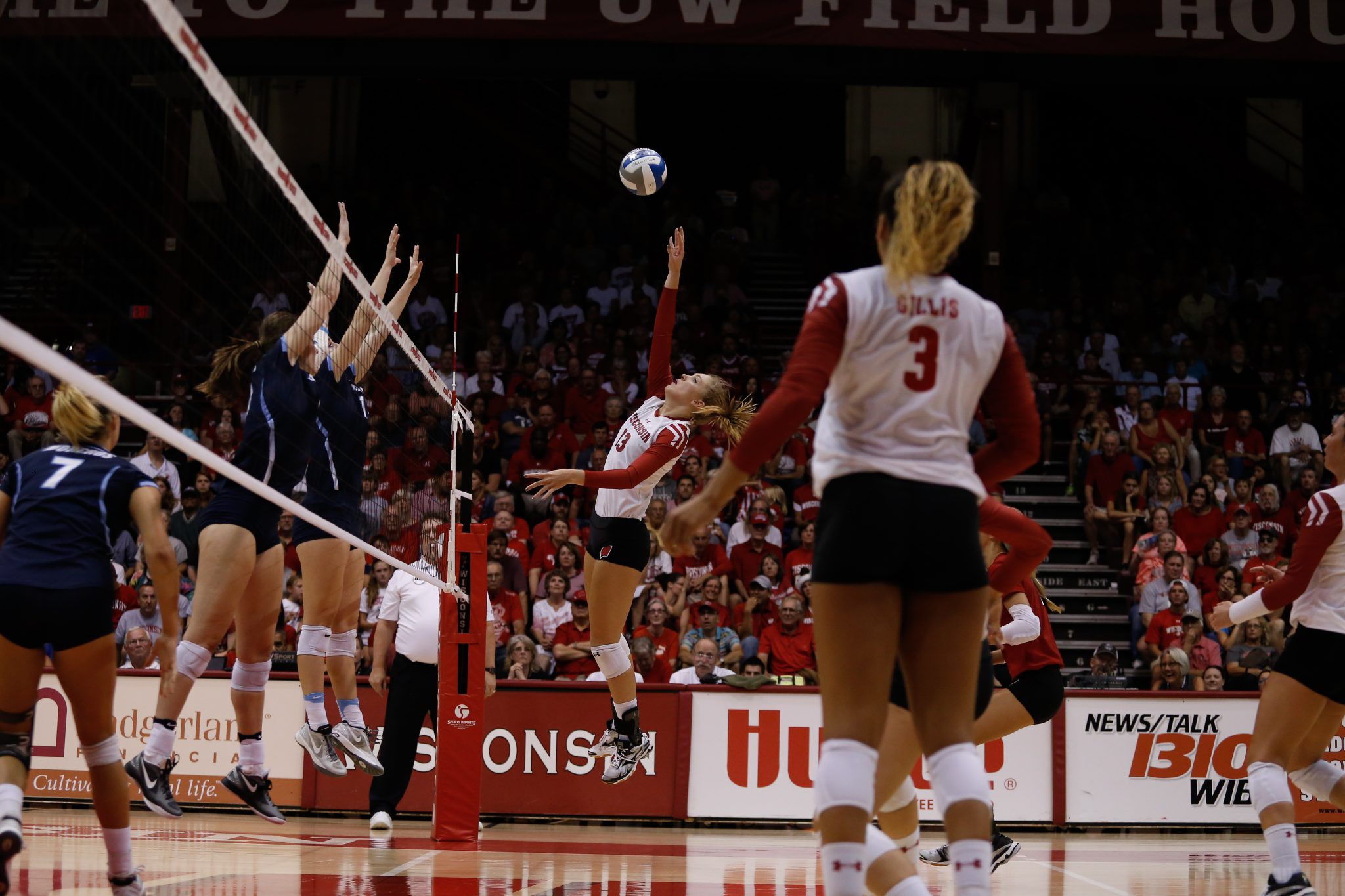 Over the last 10 seasons, a Big Ten team has won the NCAA championship eight times, but a decade of dominance doesn’t guarantee another season of success.

While the state of Big Ten volleyball remains one of strong contention through the first three weeks of the season, a wave of early stumbles across the conference has begged the question of whether or not the Big Ten is still the conference to beat in 2016.

In this week’s latest AVCA Coaches poll, the Big Ten claims eight teams ranked inside the top 25. Yet, whether it’s No. 3 University of Minnesota or No. 23 University of Michigan, seven of these eight total teams have already lost at least one match to a non-conference opponent.

No. 1 and defending national champion University of Nebraska has been the single exception to the rest of the conference’s early season hiccups, and the Cornhuskers remain undefeated atop the polls.

Two of the most experienced players on the Badgers roster, senior setter Lauren Carlini and junior outside hitter Kelli Bates, both named the Pac 12 as the conference with the next-best chance to challenge the Big Ten and bring home the title this year.

“Last year we played Oregon in the NCAA’s, and they just ran a completely different offense than we had ever seen,” Carlini said. “All of the Big Ten teams kind of run a similar type of offense, and just in general, similar game. I think the Pac 12 has given us some issues, and overall, I think they have a pretty tough conference as well.”

While the Pac 12’s total of six ranked teams are still slightly less than the Big Ten, the undefeated University of Washington Huskies are a team with the potential to make some noise in this year’s tournament. When Carlini and Bates were asked if they could name one team in particular that has given them the toughest challenge during their years at University of Wisconsin, both of the Badger veterans responded with “Washington.”

Though, Carlini remains steadfast in her belief the Big Ten is still the toughest competition in the league across the board.

“I think in the Midwest that’s what a lot of clubs focused on, especially developmental-wise, is scrapping, having good ball control, just being a really well-rounded player,” Carlini said. “A lot of those Midwestern girls want to go close to home and stay in the Big Ten. So, I think that’s kind of where it comes from, is like club and developmentally, that’s kind of how we are taught to play and that’s how we are taught to approach our work.”

Two weekends ago, the previously undefeated UW Badgers were ranked as the second best team in the country before the hitting the road for the ACC/Big Ten Challenge. But with a tough 3-2 loss to the ACC’s then-No. 11 University of North Carolina, the Badgers became the seventh ranked Big Ten team to suffer an early non-conference loss this season.

But the Badgers responded in a major way this past weekend. Even without key junior and starting outside hitter Lauryn Gillis, Wisconsin managed to sweep a two-game road stretch against then-No. 16 Texas A&M University and then-No. 2 University of Texas.