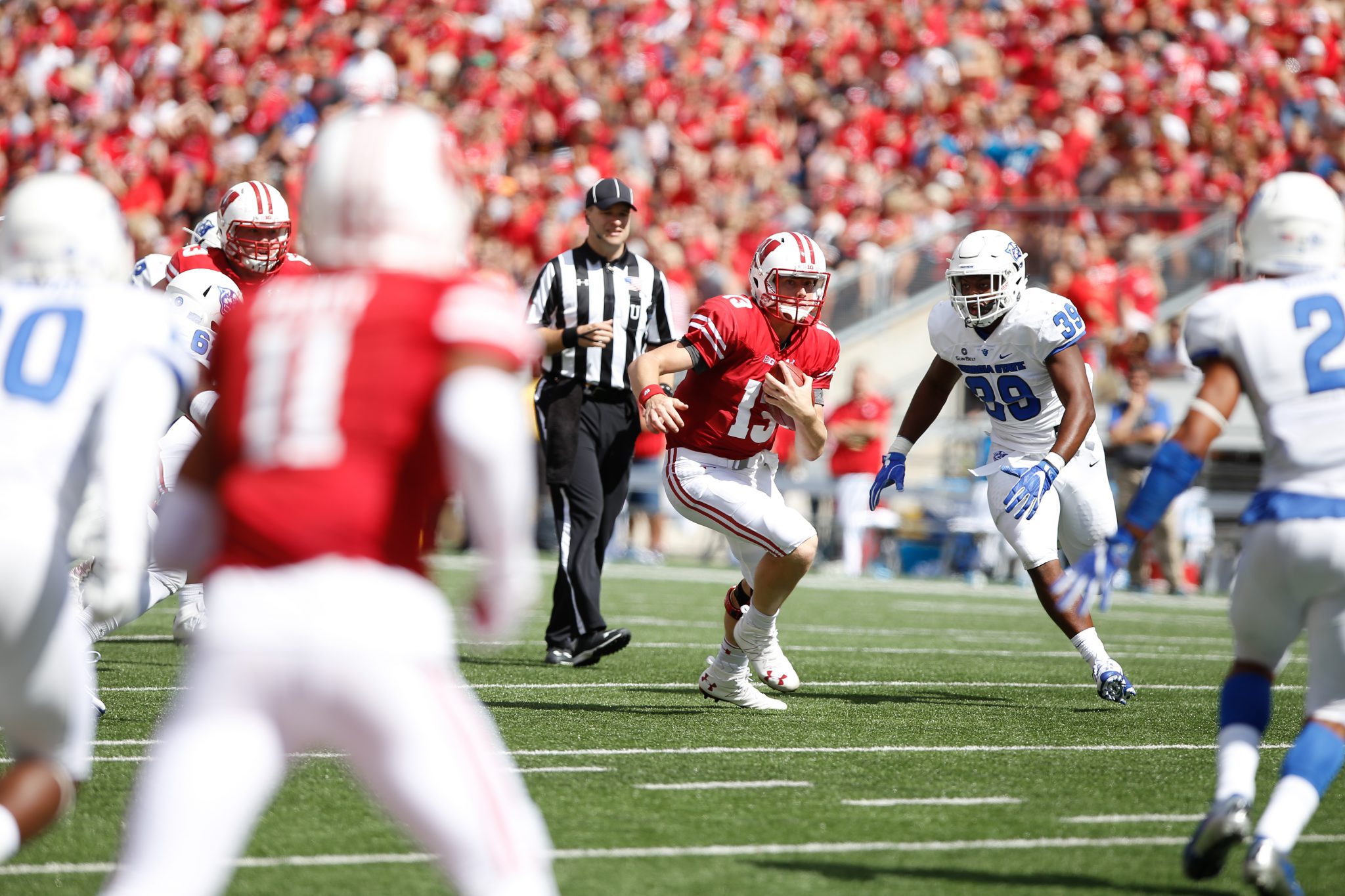 Paul Chryst knew the question was coming, so he decided to get out in front of it.

During his opening statement at his weekly news conference Monday, the University of Wisconsin football team head coach said both Alex Hornibrook and Bart Houston will have to be ready to quarterback No. 11 Wisconsin (3-0) when it visits No. 8 Michigan State (2-0) in East Lansing, Michigan Saturday.

Chryst said he talked to both Houston and Hornibrook on Sunday, relaying the message that both need to be prepared for the Badgers’ Big Ten opener.

“Really what I told them is very consistent with what I’ve told them all along and have been telling everyone,” Chryst said. “This week, we’ve got to prepare, and they both have to do a great job of preparation. I said this when we named Bart the starter, you earn the right to start. Alex earned the right to play [on Saturday]. I told both kids that. I wanted to play them both. We will need them both. For us to be as good as we can, I still believe that.”

The Milwaukee Journal-Sentinel reported Sunday night that Hornibrook will start against MSU, but Houston was still listed as the starter on the depth chart UW released Monday. Usually, if there’s an ensuing position battle, the depth chart will include an “OR” between the starter and his backup, but even that was omitted.

Houston started UW’s first three games, but Hornibrook relieved him with 5:54 remaining in the third quarter Saturday with the Badgers lowly leading Georgia State just 6-3. Hornibrook led the offense to two touchdowns and a field goal on three of his first four drives, injecting life into the seemingly monotonous offense.

“We needed a spark and it was the whole offense,” Chryst said. “The quarterback is responsible for a lot, everyone is. I thought it was a good change up for us. We’re going to need them both and looking forward to those guys working this week.”

Although Houston has taken more than three times more snaps than Hornibrook this season, statistics show that the offense has operated with more efficiency under Hornibrook. Per ESPN Stats & Information, the offense averages 1.2 yards per play more with Hornibrook under center. He has also led the same number of touchdown drives (five) in just 51 snaps, compared to Houston’s 182.

Still, Chryst had the chance to come clean with his starter this week, when a reporter asked him “Bart Houston is your starter?”

But Chryst is a smart guy and master of deflection with the media, and his answer proved so.