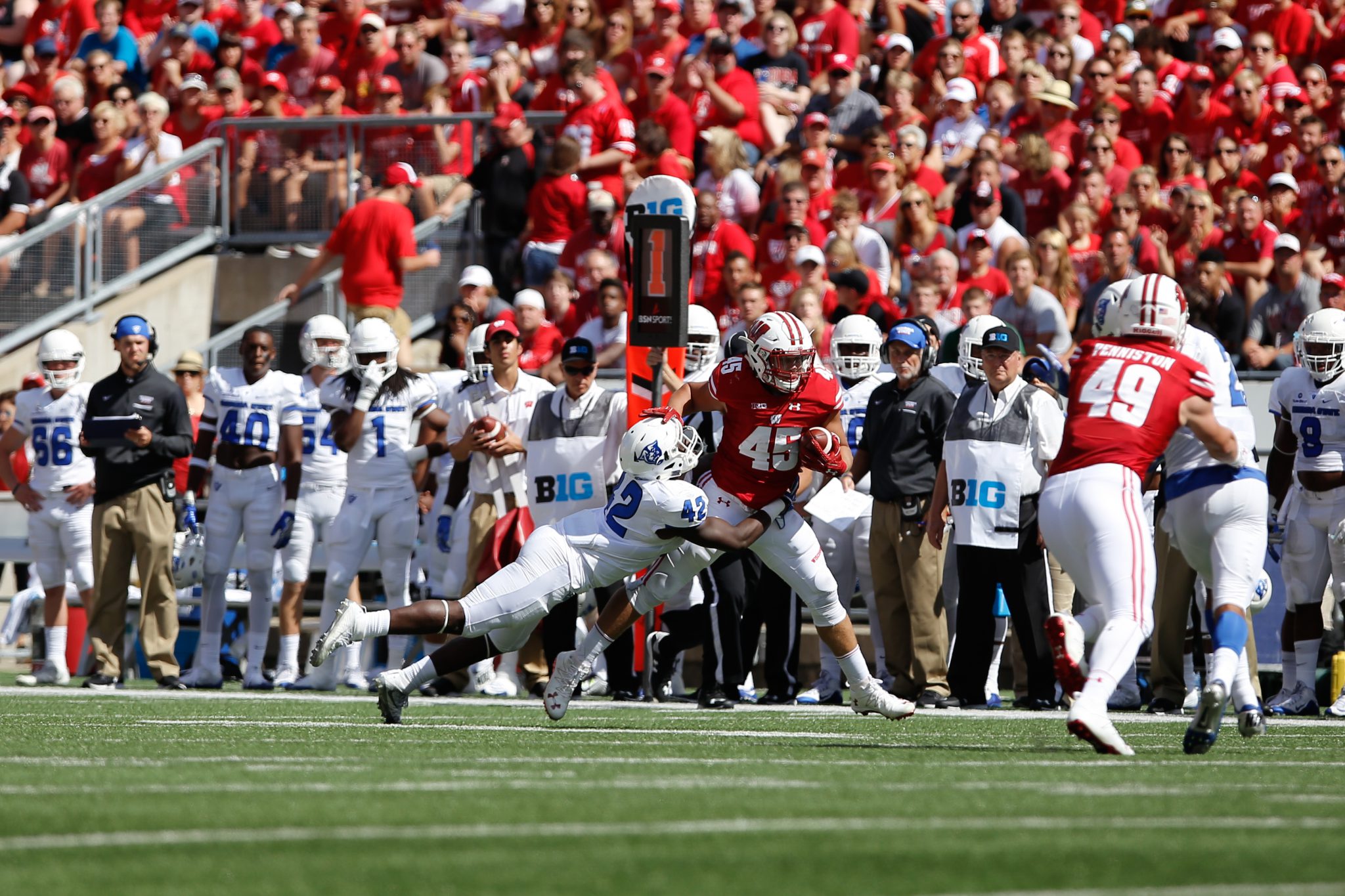 The television in the Camp Randall Stadium press box flashed a bottom-line flicker that read:

Saturday was that kind of day for the University of Wisconsin football team. Now, as they prepare to take on Michigan State University this weekend to begin Big Ten play, they will have to prove Georgia State was just a small hiccup on an otherwise impressive start to the season.

But the game against MSU is only the beginning for Wisconsin. After the Spartans, the Badgers will head to the Big House to take on No. 5 University of Michigan and No. 4 Ohio State will a visit to Madison two weeks later.

The reality check is coming.

Saturday’s performance was disturbing for Wisconsin fans for a variety of reasons. Sure, Georgia State played admirably on both sides of ball. But there is no acceptable answer as to why, or how, the Panthers were able hang with the Badgers for a full 60 minutes.

It is most definitely not what UW needed before entering the most important three-game slate the Badgers have faced in years. Those are big time opponents, and if Wisconsin plays anything close to the level they did Saturday, the Badgers will be embarrassed.

“They obviously came out and hit us in the face to be honest with you,” redshirt sophomore linebacker T.J. Edwards said.

If that’s the case, they better get their gloves up or the Badgers will find themselves KO’d next week.

The trouble — and a common theme for UW squads lately — begins and ends on offense. Bart Houston was far from the Houston fans have seen the last two weekends. If he is indeed the starter Saturday, he needs to be his best and more.

But after Saturday, I simply cannot fathom UW head coach Paul Chryst going with Houston over redshirt freshman Alex Hornibrook. The way Hornibrook moved the ball, igniting the urgency that overcame the offense with him under center, was palpable and the offense finally got the results it should have seen the whole game.

Throughout the whole preseason, the storyline regarding the Badgers’ schedule has dominated the storylines. Wisconsin hurdled its first obstacle against Louisiana State University with impressive poise. This team sees it as an opportunity — and what an opportunity they have. For so long, Wisconsin football has been the program that always shows up to the party, but never tears it up on the dance floor.

But this year’s Badger team has the ability to change that. They’ve played far from their ceiling throughout this season’s first three games, and it will take close to perfection to win any of these next three games. It’s a tall task, but there is no room for excuses anymore if they want to take advantage of this “opportunity” they’re always talking about.

The point is, the Badgers’ fun is over — this is business now. Sure, the LSU game was an important win for the program, but the Tigers have disappointed thus far and the atmosphere surrounding the game benefited UW. They rolled over Akron and should have done the same last week.

They can’t afford another clunker, and especially not against a top 10 team that defeated then-No. 18 Notre Dame on the road in South Bend Saturday night. The stakes are too high now.

Time to find out what this Badgers team is really made of.