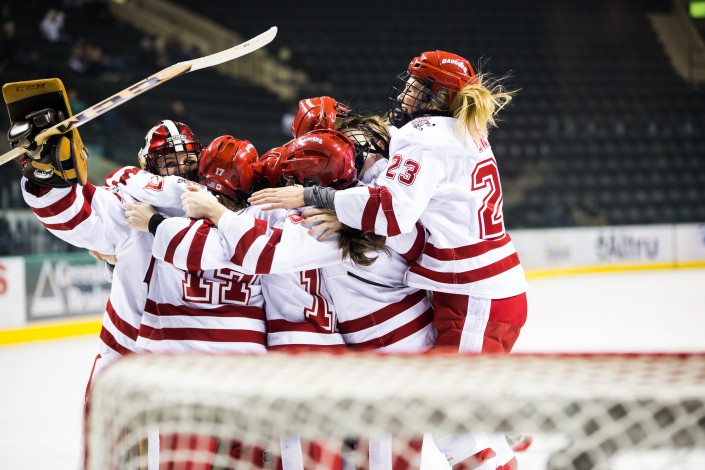 Before 2015, there was nowhere for members of Wisconsin women’s hockey team to take their talents once their time in Madison came to an end.

Back only two years ago, regional amateur pick-up leagues and an unpaid Canadian professional league were the only two options for female athletes who did not make their respective national teams and wanted to continue to play hockey after graduation. The drop in competition and the prospect of financing an expensive hobby on their own was too much for most players, including Madison Packer, one of the most celebrated players in Wisconsin history.

“When you go from playing college hockey at one of the best schools in the country to playing [pick-up hockey], it’s almost frustrating ’cause you’re so competitive,” Packer said. “[After college], I walked away from hockey for about a year.”

Packer was not alone in her frustrations. Many talented women’s hockey players ended their careers after their final collegiate hockey season, leaving an abundance of talent to go to waste. This was one of the reasons why silent partners and investors created the National Women’s Hockey League in 2015.

A year later, the second annual NWHL draft took place. Countless women from college hockey programs across the country found themselves with the opportunity to join the organization after their senior year collegiate campaign ended.

As one of the top NCAA programs, the Wisconsin Badgers were well represented at the draft, with five seniors, Sarah Nurse, Ann-Renée Desbiens, Mellissa Channell, Sydney McKibbon and Jenny Ryan, selected by three of the four teams. Considering there are only five rounds, with four selections each round, the Badgers made up 20 percent of the available draft picks. 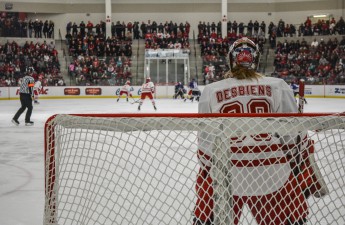 Though this was only the second draft in NWHL history, the new crop of 2016 Wisconsin graduates will not be alone come 2017, when they finally go to join their respective teams. The league is full of former Badgers; each team has at least two Wisconsin alumni on their roster. 2016 senior Courtney Burke is one of the most recent Badger additions to the NWHL, and the Buffalo Beauts selected her  as fourth overall during the first annual NWHL draft in 2015.

Along with Burke, the five Wisconsin seniors will find themselves playing alongside and against former Badger standouts: Hilary Knight, Brianna Decker, Meghan Duggan, Brooke Ammerman and Packer. Burke, who will play her first season with the NWHL this year, said in an NWHL statement that she is grateful for the opportunity to continue playing the sport that she loves after college.

“I really like the opportunity the Riveters have provided me with [to continue playing hockey],” Burke said. “This opportunity will give me the ability to keep growing as a player. It’s awesome that we are able to prolong our careers beyond the college level now.”

None of these decisions are set in stone, however, as the current Wisconsin seniors have one year to finalize their decision. Any one of the five players have the right to confirm their contract with their selective teams once their senior year at Wisconsin is over, but they also have the right to enter free agency.

This freedom to play wherever a player chooses, in an attractive league, is still relatively new. While the Canadian Women’s Hockey League existed prior to the NWHL, it is an unpaid league, meaning that players would have to work full-time jobs while keeping up with a demanding hockey schedule to play their beloved sport.

“[The NWHL] gives us a place to play,” Packer said. “It’s fun to be a part of something with the hope that in 20 years, girls will be able to play in the NWHL and make salaries comparable to the men’s side.” 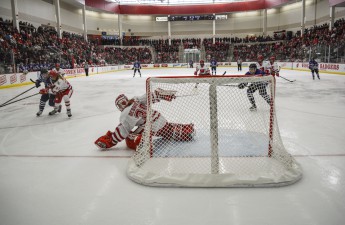 Women’s hockey: Badgers take home WCHA title with wins over Bulldogs, GophersMINNEAPOLIS — In a weekend that started out with a game against one University of Minnesota team, and ended with Read…

The formation of the NWHL gave women’s hockey a bright future in the U.S., allowing women to be paid while continuing with their passion for the sport. Packer said she hopes the development of the league continues, and that it encourages future generations of players to keep playing hockey for years to come.

For now, the NWHL is using familiar faces like Packer and Knight to help bring awareness to the league. While Knight knows that there is a lot of responsibility on her shoulders to be a good ambassador for the NWHL, she also takes pride in the fact such an honor has been bestowed upon her.

“It’s been a responsibility [to be an NWHL ambassador], but I love what I do, I love my work,” Knight told Sports Illustrated. “I’m very grateful to be able to play hockey for a living.”

While the NWHL still has a long way to go before its players can make a living wage playing hockey, the additions of players like Nurse, Desbiens, McKibbon, Ryan and Channell certainly give the NWHL a bright future. With the draw of some of the greatest players in Wisconsin history, there’s no telling where the league can go.