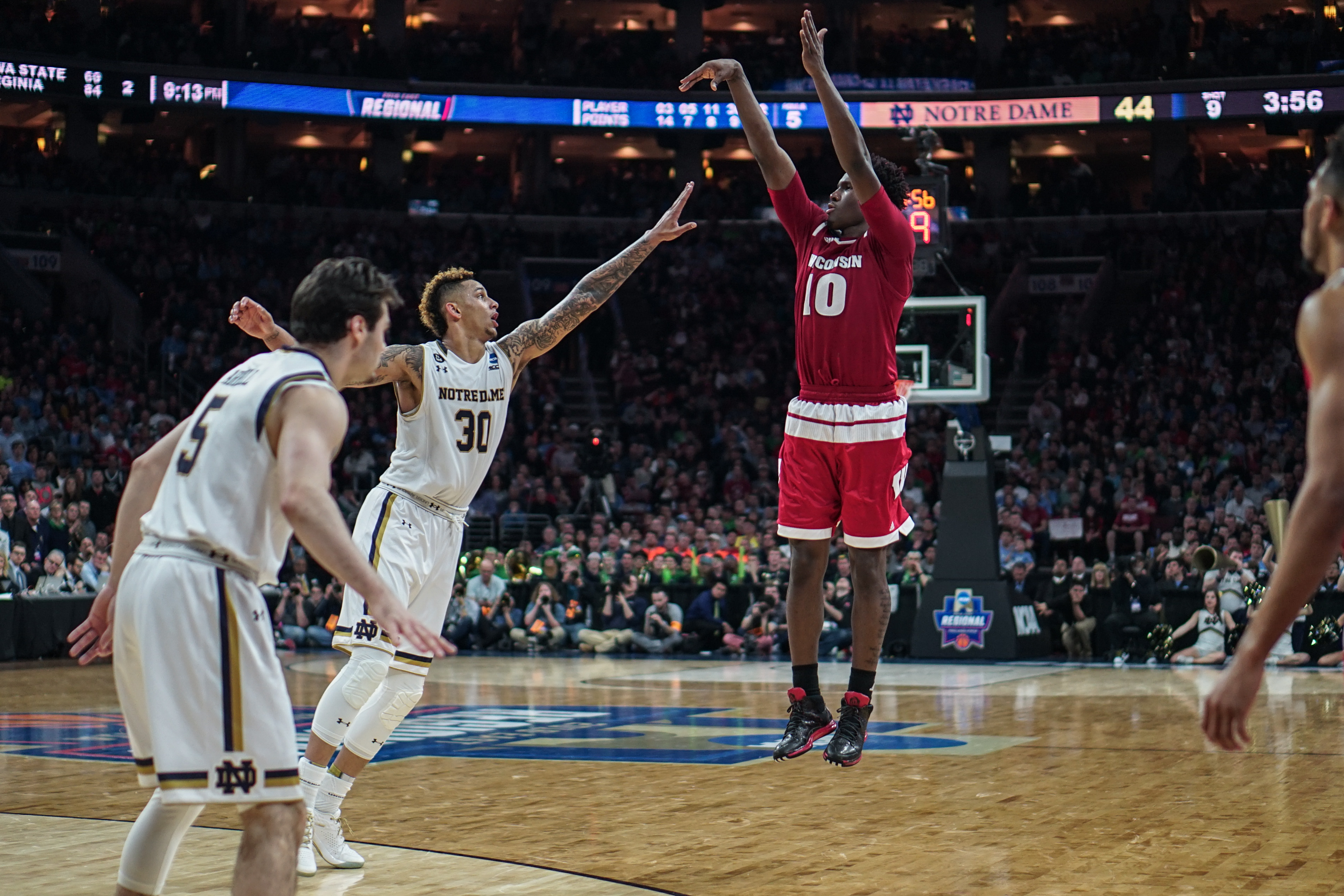 There is no doubt Nigel Hayes’ decision to return for his senior season was one the best outcomes for the University of Wisconsin men’s basketball progression in 2016-17. After the roller coaster 2015-16 season, the move will ensure a much smoother ride this year, but it does raise some interesting questions about Hayes’ career in today’s ‘one and done’ era of college basketball.

Perhaps the most critical upside to Hayes’ return is the opportunity for him to rectify a noticeable decline in offensive efficiency between the last two seasons, especially shooting percentage.

Upon closer examination of his field goal attempts, Hayes took an average of 4.1 more shots in the 2015 season than he did in 2014. Making the switch from a talented third option to the team’s primary offensive weapon — in only one season no less — is a tough transition for any player. But Hayes has already demonstrated that he can make big changes to his shooting game, and quickly too.

In his freshman season, Hayes didn’t attempt a single three-point shot the entire year, but as a sophomore, the 6-foot-8 forward transformed himself into a versatile threat from behind the arc and finished 2014-15 with a remarkable 39.6 three-point shooting percentage on 101 attempts. To improve his shooting mechanics, Hayes even rebuilt his jump shot from the ground-up during that offseason. 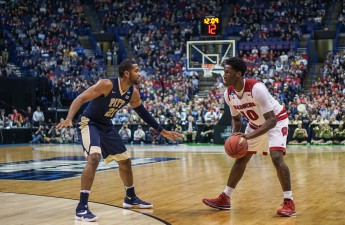 Returning for the 2016-17 season with the Badgers will give him one more year to practice his newly adopted, yet more efficient, shot. Just one more reason why a senior season can make him a better, more attractive draft pick come next summer.

The stage is also set for Hayes to play the role of senior leader on a team returning 99.8 percent of its scoring and rebounding production from last year. That will offer him an uninterrupted opportunity to continue Wisconsin’s recent successes — unlike last season’s distractions after long-time head coach Bo Ryan announced his retirement.

Hayes proved how impactful he can be during his freshman and sophomore seasons, when he wasn’t a one-man show on the offensive side of the court. With Ethan Happ’s coming out party in the second half of last season and Bronson Koenig’s contributions in the 2016 NCAA tournament, there should be more consistent help surrounding the senior in 2016-17.

The NBA is a star-driven league, and if Hayes can brand himself the star of what should be a very-talented Badgers team by leading them into late March, his name could be higher on next summer’s draft board than ever before. Just look at what the No. 6 overall pick Buddy Hield did last year at Oklahoma.

And with 116 NCAA players vying for only 60 picks total, a player projected as a mid-to-late second-round selection has an unsettlingly small margin for error on draft day. At that stage in the draft, falling by a few spots or more could mean the difference in being drafted at all, especially when more than a quarter of these 60 picks are used on foreign players. 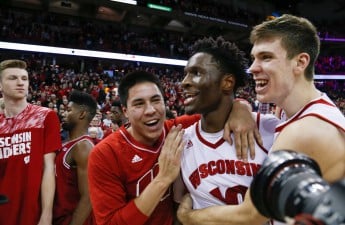 Men’s basketball: What Badgers will miss if Hayes decides to go proFor collegiate basketball players, the allure of the NBA is tantalizing. Reaching that level is what many have been working Read…

To become the best, it’s generally believed that one must play with the best, and Nigel Hayes has done just that during his extended tenure at Wisconsin. Since becoming one of the Badgers’ starting five in 2014, Hayes has competed on the court against 17 of this year’s NBA draft picks alone.

But while there may be many opportunities for Hayes to improve in 2016, at the end of the day, these are not guarantees.

Returning for one more year in the context of modern college basketball has become a critical decision for NBA talent, because it presents an equal or greater amount of risk than it does reward.

Even if Nigel Hayes’s return brought a massive jump in his offensive numbers, the 22-year-old forward will have already lost a critical year of building an NBA resume during the league’s prime developmental age.

Simply repeating a previous season’s shooting percentage is something that even the best college players often fail to do, let alone improve. If Hayes fails to at least maintain his points per game and field goal percentages from last season, he will have potentially placed himself in a worse position to compete for a spot in next summer’s draft.

With Hayes now expected to deliver superior numbers than last season, it will be critical for the senior to deliver in the spotlight.

Nigel Hayes, Badgers take feud with Maryland off the court and onto InstagramThe offseason brings student athletes plenty of free time as the academic year winds down. Maybe a little too much Read…

In 2014-15, Hayes was an integral piece of Ryan’s lineup and started all 40 of Wisconsin’s games while averaging 33 minutes. But he played as the No. 3 scoring option behind first-round draft picks Frank Kaminsky and Sam Dekker, which was an entirely different world of shooting and scoring opportunities than he faced this season.

With Dekker and Kaminsky — the 2014 Naismith Player of the Year — spreading the floor from both behind the arc and beneath the rim, it’s reasonable to wonder if Nigel’s .497 overall field goal percentage was determined by more than just an efficient rate of execution.

Finally, even if Hayes can conquer all of these challenges, he will still face the possibility of injury each and every day of his amateur career. If Hayes suffers an unpredictable injury ruling him out for the remainder of the season, it could spell disaster for his NBA aspirations. He would be forced to enter the draft two-years removed from his best season in the NCAA, also leaving his most recent performances as his drop in production last season.

All Badgers fans can do now is wait and see which Nigel shows up in this season. The 2016-17 Hayes may even prove to be one of the greatest players in Wisconsin history and bring home something the Badgers fell just short of his sophomore season — a national championship banner — or not.