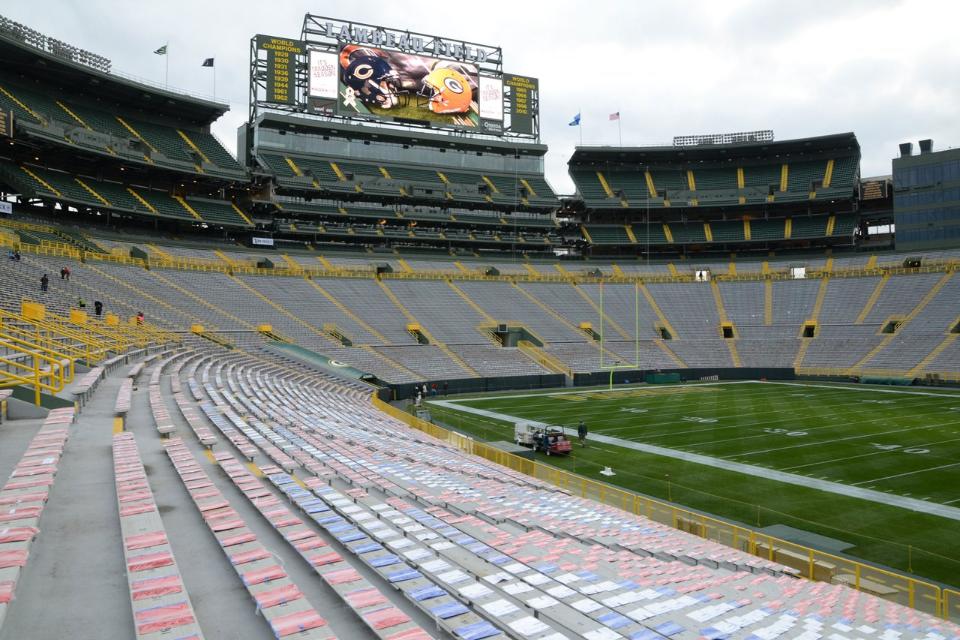 In it’s 59 year history of hosting some of the greatest moments in NFL, Lambeau Field will finally host just its first ever Division I college football game this September.

When Wisconsin football travels up the I-41 highway to take on the No. 6 ranked LSU Tigers this Labor Day weekend, that game will mean more for the state of Wisconsin than most fans across the country can understand. The two-and-a-half-hour drive to Green Bay is anything but unfamiliar to the hometown underdogs.

To Alec Ingold, a sophomore fullback and Green Bay native, the game holds even more special meaning by playing in his hometown.

“Everyone has been talking about this game since I was a senior in high school,” Ingold said. “I always thought that if I redshirted last year then my first game would be at Lambeau, which I thought would be really cool.” 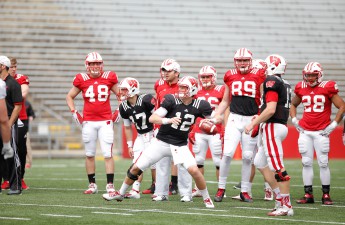 The game will be Ingold’s first at fullback since making a positional switch from running back after a six-touchdown, 131-yard freshman season. Luckily for him, playing in front of his hometown crowd will calm much of the nerves of a new position.

Regardless of home support, the Sept. 3 matchup will be a nerve-racking affair for Wisconsin. LSU is projected to be, at least, a top-ten ranked team by ESPN, Bleacher Report and Campus Insiders among others.

Aside from sheer talent, the taste of defeat from the first in this two-game series is still fresh in Wisconsin’s mind. Back two seasons ago, the first of this neutral site series between the Tigers and Badgers kicked off in Houston; LSU overcame a 17-point deficit to beat Melvin Gordon and the injured Wisconsin offensive line.

But compared to the relative middle ground of Texas, Lambeau is far from neutral territory. A win on home soil, in Lambeau’s first college game, is what everyone in the state hopes for.

“There’s so much tradition there,” Wisconsin Athletic Director Barry Alvarez told uwbadgers.com. “Tradition-rich Lambeau, you mention that name and people’s eyes light up.”

Lambeau Field has the second largest seating capacity in the National Football League (81,435) and is the oldest in use by a team (59 years). The stadium, known for games like “The Ice Bowl” and for housing the Green Bay Packers, one of the most storied teams in the NFL, can now add its first Division 1 college football game to its history.

“It’s very important to basically have a hometown college football team play in one of football’s biggest and best stadiums,” Gabrielle Dow, Packers spokesperson, said. “It’s kind of like the holy land of football.” 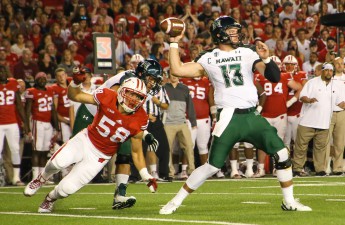 Dow said discussions over the game between Alvarez and Mark Murphy, president of the Packers, came well before she arrived in Green Bay in 2014. Rumors were raised over whether the series with the Tigers would have to be pushed back given the tough schedule Badgers have this season. But a deal was finally reached in 2013 when Alvarez decided the schedule was a non-issue.

“I originally heard about the game before I even arrived on campus as a freshman last year,” Ingold said. “It’s a really exciting time for the people of Green Bay who might not get an opportunity to come down to Madison and can now be part of something really special.”

While it was not a surprise that ticket prices rose for the upcoming game, no one, including Alvarez, could have anticipated the historic spike. The 2014 opener in Houston recorded an average retail ticket price at around $73, with the maximum price just over $670. For the Green Bay game, StubHub’s minimum ticket price as of July 3, two months before kick-off, was posted at just shy of $300, while two sets of suite tickets were going for more than $17,000 and $37,000, respectively.

The reason for the absurdly high ticket prices is clear, especially to anyone who has experienced a football game anywhere in the state of Wisconsin: the devoted and hearty fan base.

The Packers have always been the only publicly owned team in the NFL, stemming all the way back to 1923. Operated in the same manner as any other publicly traded corporation, the 360,584 current stockholders and rabid fans are technically the only fans in the NFL that can refer to their team as truly “theirs.”

This financial and emotional loyalty, and the fact that the University of Wisconsin is the only other major football program in the state, creates a powerful tandem of allegiance that few can match.

“Everybody I know really loves both teams and the tie between the two is a really neat marriage,” Dow said. “We are happy to host and celebrate that connection between the Badgers and Packers and we hope that it continues.” 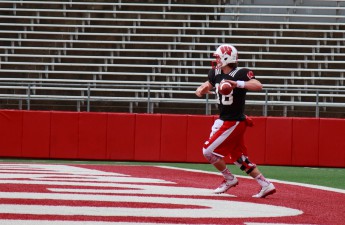 Football: As spring winds down, quarterback battle heats upThe battle for the Wisconsin’s quarterback spot is in full swing this spring and remains one of the big question marks Read…

Dow said that while the Wisconsin matchup with LSU is special hometown connection, she and the rest of the Packers front office would be open to hosting further college football games if they were the right situation.

It is nearly month and a half before kickoff, but the anticipation is already building for what will surely be a historic day in Wisconsin.