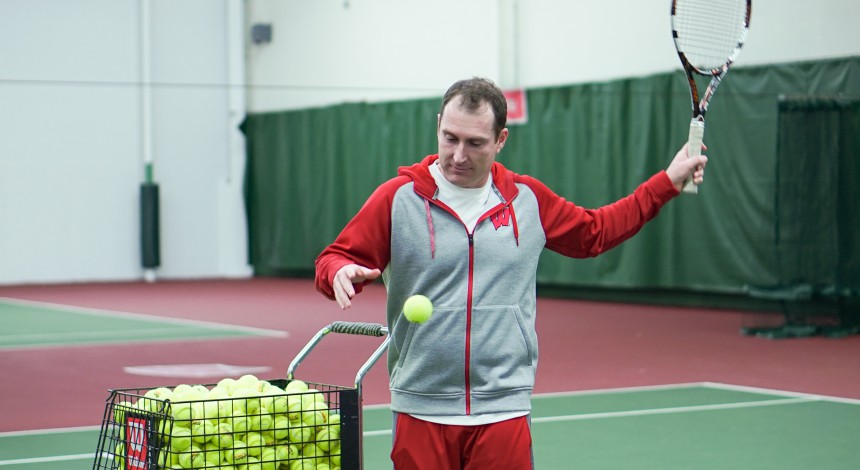 On the very first day of practice in September, University of Wisconsin men’s tennis head coach Danny Westerman didn’t like the way his team was warming up.

It’s not that it was wrong, Westerman said, it just wasn’t what he was looking for.

Now, the head coach doesn’t even have to watch the team do their pre-match warmups. The growth his players have shown has been rewarding for Westerman in his first season.

“These guys know the rhythm,” Westerman said in a press conference Monday. “They don’t need me to do all the little things like we did in the fall, so the growth is really the fun part.”

Not only has the season been fun for Westerman and his players, it has also been very successful. 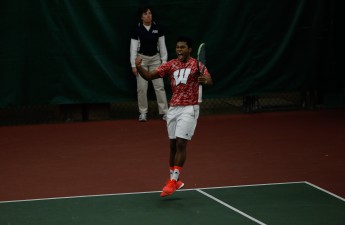 Goldsobel: Intensity has propelled Wisconsin tennis thus far, will continue to do soIn the midst of a frantic, energetic Friday night, Lamar Remy made his presence felt by all in attendance at Read…

The team has already reached 14 wins this season and sit at sixth place in the conference. While six losses is maybe more than Westerman would like at this point in the season, he’s not disappointed with the team’s effort.

A large part of the reason Westerman feels his team has been so successful in his first season is because of the experience he brings as a UW alumnus. 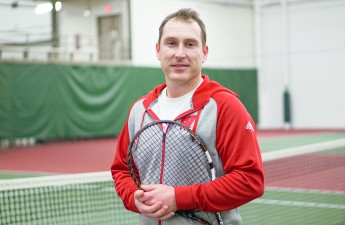 Westerman, who earned a business degree in marketing in 2002 and an MBA in 2005 from the Wisconsin School of Business, said his ability to relate to his players’ experiences have boosted the team’s energy and overall morale.

“It may be a little generic, but I feel like I relate to the guys pretty well,” Westerman said. “I think understanding them, being a player’s coach, being honest with them, I think they respect that.

With just two road matches left against No. 70 Indiana and No. 59 Purdue before the Big Ten Tournament, Westerman said he is already excited about the future.

While his goals may not be attainable in his debut season, the head coach has no doubts about what is in store for the program’s future.

“It’s a dream of mine, and I think it’s an attainable dream, to compete for Big Ten titles here. If you’re winning a Big Ten title, you’re probably competing for a Final Four finish,” he said.